Plus, Episode IX nears $1 billion worldwide as Underwater sinks on the weekend of January 10-12. 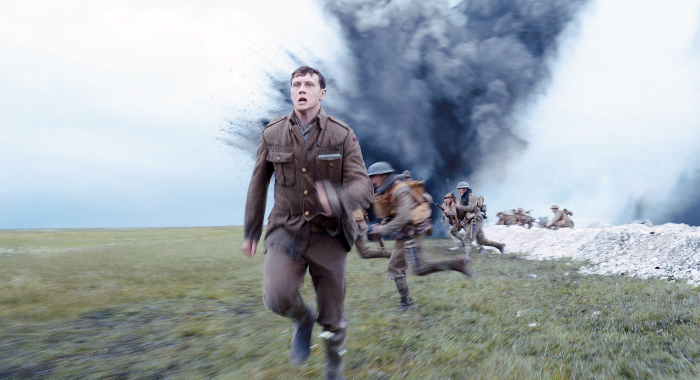 War was the leader in this week’s box office, from WWI awards hopeful 1917 to the intergalactic warfare of Star Wars: The Rise of Skywalker. Backed by extensive advertising and the Hollywood Foreign Press Association awarding it top honors at the Golden Globes, it was a solid start for Sam Mendes’ latest on the eve of Oscar nominations Monday morning. Could a slew of nominations keep the movie racing along in the weeks ahead?

1917, the “one-take” adventure film set during the first World War, earned a solid $36.5 million over the weekend. After two weeks of limited release during which it earned $2.7 million, that number puts it in the range of other military pictures that opened in the same period. In 2001, Ridley Scott’s Black Hawk Down opened in limited release on December 28 and then, after grossing $1.84 million in three weeks of release in no more than 16 theaters, it opened wide in January to $28.61 million (and $33.62 million over MLK weekend). Kathryn Bigelow’s Zero Dark Thirty also did three weeks of limited release in 2012, grossing $5.48 million before opening to $24.43 million. Peter Berg’s Lone Survivor did two weeks of limited release in a pair of theaters, grossing just $326,685, before exploding with a $37.84 million wide launch. Of course, the king of them all, Clint Eastwood’s American Sniper, did three weeks in four theaters (grossing $3.42 million) and then had the highest January weekend of all time with $89.26 million and $107.21 million over the MLK holiday.

Zero Dark Thirty was the lowest-grossing of them all overall with $95.72 million total, while the others all made more than $100 million and Sniper made over $350 million. So, $30 million-plus openings in January do not guarantee a $100 million-plus total. (Though, with the exception of the disastrous word-of-mouth of The Devil Inside, the $80 million Cloverfield earned is really the lowest one should expect.) As previously mentioned, 1917 is likely to see a bevy of Oscar nominations on Monday – the bulk of which in the technical categories, but it would be a real surprise to not see the film and Mendes pick up Picture and Director nods. Doing a little reverse engineering, no Best Picture nominee with a $30 million-plus wide launch has ever failed to reach $100 million. 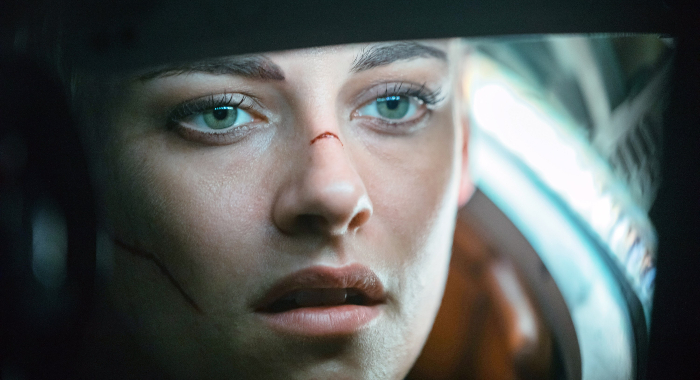 Underwater finished production in 2017 and is just now making its appearance in theaters. Amongst all the new wide launches this weekend, it finished last with a paltry $7 million. The production, with a budget reported to be anywhere between $50 million and $80 million, is the latest in a string of disappointments for Fox, including the $100 million Certified Fresh animated feature Spies in Disguise (which just crossed $115 million worldwide), Ad Astra, and even Ford v Ferrari, which even with over $211 million globally is still chasing its own large budget. The studio has only had one film (the faith-based Breakthrough) enter profit status in its theatrical run since 2018’s mega-hit Bohemian Rhapsody.

Underwater, which was reasonably well reviewed – it’s at 53% on the Tomatometer – marks a second misfire for a Kristen Stewart vehicle after November’s Charlie’s Angels, and is the second week in a row during which horror audiences mostly ignored one of its own. Sony’s The Grudge dropped straight out of the top 10 in its second week, falling 69% to $3.5 million for a total of just $17.9 million. That puts its word-of-mouth multiple in line with other attempted reboots like Conan the Barbarian, Blair Witch, Rings, last year’s Hellboy and, again, Charlie’s Angels, though its budget loss is not nearly as large as the one Underwater is looking at.

The Top 10 and Beyond: Rise of Skywalker Near $1 Billion, Just Mercy Doing Just OK For Now

Here we are on Day 24 of The Rise of Skywalker and with $478.16 million it is now the ninth-highest–grossing film ever in that period domestically, just ahead of Rogue One’s $477.36 million. However, that order may change quickly as Rogue had a $22.06 million fourth weekend on the first January weekend of 2017; ROS comes in with just $15 million, which is also less than the $26.11 million of The Dark Knight and the $20.20 million of 2019’s The Lion King in the same frame. That suggests a final gross coming in around the $520 million range, possibly a full $100 million less than The Last Jedi made. While the numbers may pale compared to its recent Star Wars predecessors (sans Solo, of course), this week Rise is going to become just the 15th film ever to gross a half-billion domestically and the 46th film to gross over $1 billion worldwide.

The film that has just beaten The Last Jedi on the all-time global box office chart is Disney’s Frozen II. It has now earned $1.371 billion, passing Episode VIII as well as the final Harry Potter film and Black Panther to become the 11th-highest–grossing film of all time. It needs just $31.5 million to enter the top 10. Also still chugging along is Jumanji: The Next Level, with another $14 million this weekend bringing its 31-day total to $257 million, the 10th-best for a December release in that timeframe. It has grossed $632 million worldwide. Doing well for Sony too is Greta Gerwig’s Little Women, also on the eve of what should be several Oscar nominations. The film may be neck-and-neck with the 2014 version of the musical Annie after 19 days ($73.7 million), but that film had a big drop-off after the holidays and stalled with just $85.9 million. Little Women will get an Oscar bump this week that should propel it to $100-plus million.

The two other newbies ran neck-and-neck over the weekend. The expansion of Destin Daniel Cretton’s Just Mercy netted an OK $10 million in 2,375 theaters, which is more than Uncut Gems made in its third-week expansion ($9.57 million in 2,348 theaters). Uncut Gems may have dropped out of the top 10 already, but it is only about $5 million away from becoming A24’s top domestic grosser ever, replacing Lady Bird’s $48.95 million. Mercy was also beaten by the Tiffany Haddish/Rose Byrne comedy, Like a Boss, which also opened to an estimated $10 million, a not-so-great start for the $29 million production from Paramount. The film has a current Tomatometer score of 22%. Ending on a positive note, we turn to the ongoing strength of Rian Johnson’s Knives Out, which is over $265 million worldwide and is going to pass Quentin Tarantino’s Once Upon a Time In Hollywood domestically this week to become the second-highest–grossing original film of 2019 behind Jordan Peele’s Us.

One of the big surprises of 2019 opened at number 1 on this weekend. The Upside, which STX Films acquired from the Weinstein Company, started with $20.35 million on its journey to over $108 million. A Dog’s Way Home finished third with $11.25 million, and one of the worst-reviewed films of the year, the delayed Keanu Reeves sci-fi cloning thriller, Replicas, opened in 13th with just $2.37 million. Rounding out the top five were Aquaman in second with $17.35 million, Spider-Man: Into the Spider-Verse in fourth with $9.05 million, and Escape Room in fifth with $8.92 million. Mary Poppins Returns crossed $150 million in sixth place. The top 10 films grossed $96.77 million and averaged 69.4% on the Tomatometer; this year’s top 10 grossed an estimated $116.8 million and averaged 71.5% with critics.

On the Vine: Bad Boys and Dolittle Set For a Showdown

Two big event films are looking to take the box office back from the leftovers of 2019. The smart money is on Bad Boys for Life, with Will Smith and Martin Lawrence reuniting for the first time since 2003, only without Michael Bay at the helm. Then, Universal is hoping to avoid another disastrous special effects-laden animal movie in less than a month; if Dolittle can open to more than what Cats has grossed to date ($26.35 million) that will at least be something. But it will have a lot more to recoup given its inflated $175 million budget and we could be looking at the first big disappointment of 2020.