Plus, Love, Simon is a refreshing romance, 7 Days in Entebbe is hijacked by mediocrity, and we can only imagine the Tomatometer for I Can Only Imagine.

This weekend at the movies, we have a rebooted Lara Croft (Tomb Raider, starring Alicia Vikander, and Dominic West), a coming-of-age romance with a twist (Love, Simon, starring Nick Robinson and Katherine Langford), the fact-based tale of a military raid to rescue hostages taken by terrorists (7 Days in Entebbe, starring Rosamund Pike and Daniel Brühl), and a father-son drama inspired by a hit song (I Can Only Imagine, starring J. Michael Finley and Dennis Quaid). What are the critics saying? 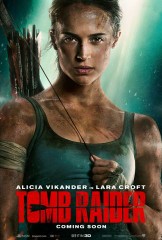 Movies based on video games haven’t exactly had an easy time of it with critics over the years, but as technological advancements continue to blur the line between immersive entertainment we control and/or passively consume, we could be getting closer to the point where a film inspired by a game manages to capture the essence of its source material while still offering an engaging viewing experience. On paper, this weekend’s Tomb Raider reboot looks like it has what it takes: the long-running video game series has spun a globetrotting yarn that’s nothing if not cinematic, and in new franchise lead Alicia Vikander, this Raider stars the sort of Oscar-winning talent that isn’t typically attracted to this type of project. Unfortunately, it doesn’t seem to have added up to the paradigm shift the game-to-film genre has been looking for — critics say Tomb Raider is sadly less than the sum of its parts, with an uninspired story and frenetic direction that undermine this installment’s added realism and talented cast. Filmgoers in the mood for some adventurous derring-do at the cineplex may still wish to give Tomb a try — but unlike the game, it doesn’t appear to have much in the way of replay value. 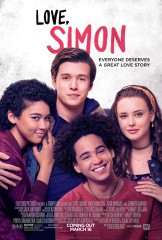 With her 2015 novel Simon vs. the Homo Sapiens Agenda, author Becky Albertalli earned awards and critical acclaim by tracing the time-honored coming-of-age arc with a twist: her book’s protagonist, 16-year-old Simon Spier, is a closeted gay high school student who’s exploring an anonymous online relationship with a young man he’s never met. It isn’t the type of premise that would have gotten much traction at a major studio until recently, but times have changed — and critics say that the film adaptation, retitled Love, Simon, marks a potential turning point for mainstream movies while functioning as a pretty solidly entertaining outing in its own right. Although some reviews have pointed out that director Greg Berlanti‘s TV roots are a little too visible in the film’s overall aesthetic, and others have noted that this may not be the most accurate representation of the gay community or experience, those end up being relatively minor quibbles against an affecting story told from a refreshingly different perspective. 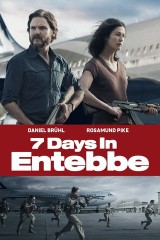 In the summer of 1976, terrorists hijacked an Air France flight in Athens and took the plane to Uganda, where a number of passengers were freed and the rest — largely Jewish — were held in exchange for the release of Palestinian political prisoners. A weeklong standoff ensued, culminating with a daring nighttime raid on Entebbe Airport in Uganda — and if all this sounds familiar, it might be because it’s been the basis for more than one movie over the last 40-plus years. Director José Padilha adds a fourth film to the list with this weekend’s 7 Days in Entebbe, and while he may deserve points for moxie when it comes to taking a whack at previously well-told stories, critics say the end result really doesn’t add all that much to previous dramatizations. Daniel Brühl and Rosamund Pike are certainly a pair of talented leads, and Gregory Burke‘s screenplay adds a few fresh narrative wrinkles, but on the whole, this Entebbe is neither tense nor intelligent enough to justify the return trip. 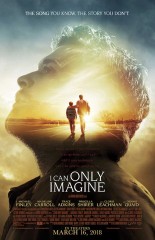 If your musical tastes don’t run toward Christian contemporary, you may never have listened to — or even heard of — the group MercyMe. But their 2001 single “I Can Only Imagine” has proven an impressively long-lasting crossover success, climbing into the top five of the Billboard Adult Contemporary chart months after its initial release — and now it’s the basis for the new faith-based film I Can Only Imagine, which dramatizes the relationship between singer Bart Millard (played by J. Michael Finley) and his father Arthur (Dennis Quaid). If you’ve heard the song — or, to be fair, even looked at the poster — you’re probably aware that there’s a heartstring-tugging story waiting to be told here; given the involvement of Quaid and Cloris Leachman, one might also be willing to surmise that this will end up being a few cuts above the type of stuff mainstream Christian cinema is known for. Alas, we can’t say for sure just yet, because only a handful of reviews have trickled in. While we wait, how about a round of Guess the Tomatometer?