The Mosquito Coast Star Justin Theroux Plucked Elements of His Antihero from Family, Including the Book's Author

Theroux's character, brilliant but exhausting contrarian Allie Fox, resembles members of his family, the actor says. He is “an amalgam of several people," including, "more than he'd like to admit, probably elements of my uncle Paul.”

Author Paul Theroux’s 1981 novel The Mosquito Coast was meant to be an attack on Reagan-era economics and its views toward consumerism and the environment.

Told from the viewpoint of a 14-year-old boy trying to understand his father, we find the frequently failing, yet brilliant, inventor Allie Fox leading his family of four away from modern civilization and deeper into Central America. Then things get complicated. The 1986 film adaptation, which was directed by Peter Weir, written by Paul Schrader and starred a grimy, stubbly Harrison Ford in horn-rimmed glasses, came away with mostly favorable reviews and has 76% Tomatometer score.

“The movie has been directed and acted so well, in fact,” wrote late  Chicago Sun-Times film critic Roger Ebert in his review of the film, “that almost all my questions have to do with the script: Why was the hero made so uncompromisingly hateful?” 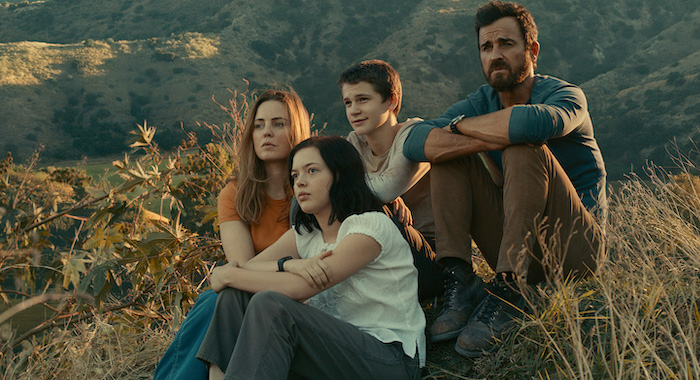 This is also very much the issue in Apple TV+’s new series version of The Mosquito Coast. A prequel of sorts that’s set in the modern day, it stars actor (and nephew of Paul) Justin Theroux, as Allie – this time a mechanic working in a dusty border town. While determined to find ways to make renewable resources out of junk and get a patent for his work, he forces his teens – Gabriel Bateman as son Charlie and Logan Polish as daughter Dina – to eschew technology like cell phones as he and wife Margot (Melissa George) fuel their cars and air conditioners with leftover oil from fast-food restaurants.

Things are going more-or-less fine until the feds come looking for Allie. Instead of skipping town by himself, it’s decided that the family is better protected if they stay together. Soon, they’re on the lam south of the border.

Actor Theroux is aware that this decision may make his hero seem unlikeable.

“As a person, I love it when a character has, you know, many facets and sides to them,” Theroux said during a recent Zoom call while his gray pit bull mix, Kuma, roamed in the background and occasionally barked her own commentary. “What I tried to do was make him, in turns, charismatic in some instances and frustrating in others. So I hope that people go hot and cold on him because it almost feels like it’s more of a real relationship. I think it’d be a bit boring if he just sort of had his chin to the wind and was doing everything beautifully for his family and everything was all perfect.”

Plus, Theroux reminded, “Tony Soprano was not the nicest guy in the world and The Great Santini was one of the most terrifying father figures ever, but yet, completely compelling.” 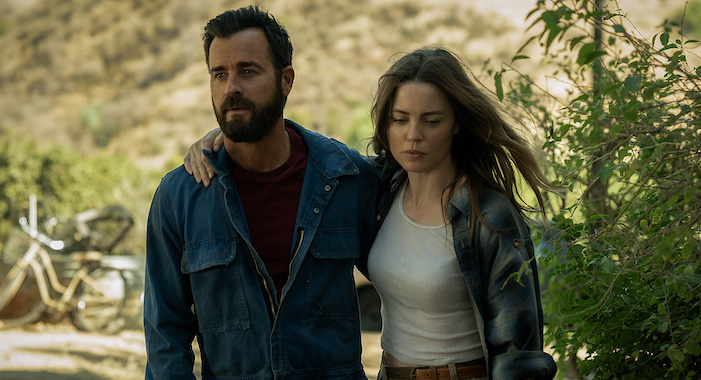 What also makes Theroux’s Mosquito Coast character particularly compelling is what exactly he (or maybe he and his wife?) did to cause them to live on the edge and now go into hiding. It isn’t until episode four that fans get a potential clue as to the Foxes’ past.

“The truth is that I’m a cheap date,” series co-creator and showrunner Neil Cross said in a separate Zoom chat. “I like adventure stories. I like thrillers. I’ve got I’ve got the nervous hosts compulsion to entertain their guests.”

Cross, who is a devout fan of author Theroux’s books, said it was important to him that the series was “a character piece. And that, at its narrative heart, it is this kind of quite unique family dynamic. I want to tell that in the context of a show that was as exciting and intriguing as I could make it.”

“Allie is inspiring and he’s genuinely capable of great love and great enthusiasm,” Cross continued of his lead character. “He’s immensely clever. He’s a fantastic problem solver. And it would be exhausting to know him.”

This is also hinted at by the look of the show, which is rich with a feel of grime and sweat while also casting shadows that there might be something more sinister going on. During a phone interview, executive producer Rupert Wyatt, who directed the first two episodes, said he worked with director of photography Alex Disenhof on evoking “the colors of 21st century America [such as] neon [and] very strong blacks” for the early episodes. 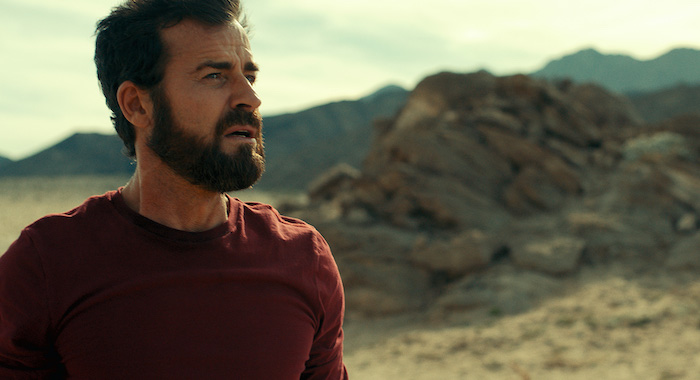 Wyatt said they looked at what he called the “strong palate” of places like Paris, Texas, and then “infuse it with a kind of Steinbeck; Northern California sort-of farmlands and the notion of the romanticism of that, but also the tragedy of it in terms of the Depression.” The palate softens as the characters head to the desert and then “as we go into the kind of more tropical climates of Mexico and, ultimately to the coast, we start to bring in the greens and the stronger primary colors and heat it up.”

He added that “the general thought, always for us, was that we were going to follow this family, we weren’t going to get ahead of them. So camera-wise, we’d always be on their backs where possible, and feel like we’re journeying through this landscape with them rather than getting jumping ahead and bringing them into scenes.”

So why a prequel? Co-creator Cross also wanted to make a point of distancing his work from that of the movie adaptation because “there was, to my mind, no point trying to revisit and kind of Xerox something that had already been done so very well.”

Plus, he said, “the Allie Fox who appears in a novel is, in some ways, a kind of an American archetype of the great American contrarians. But it’s also somebody who belongs very specifically to a very particular set of economic, political and cultural circumstances.” He said that “because that had been done, that kind of compelled me to think, OK, so who would that guy be now?” 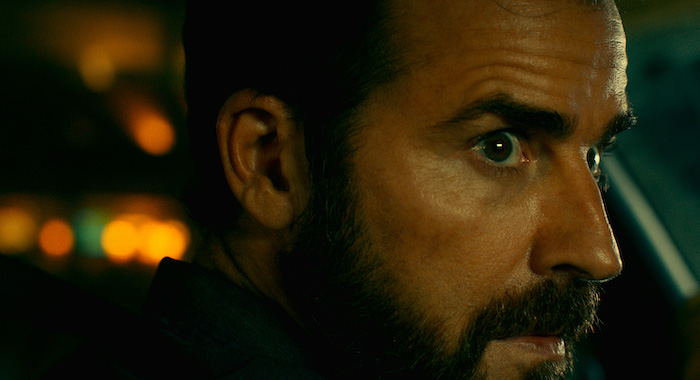 That could make for some awkward family gatherings, especially since – as a recent Esquire profile recently attested – the family is good at joshing each other: “The only thing Justin’s known for,” Paul Theroux is quoted as saying in that story, “is that when he was a boy, he ate a Styrofoam cup. It’s family lore: Hey, s–t, Justin won an Emmy! Remember the time he ate a Styrofoam cup and then puked it onto his shoes?”

“It’s not overt,” actor Theroux told us about the resemblance between his character and his uncle. “I think all of them know what I’m describing. So I think no one’s shocked, you know, at this point.”

He said this is also less pressure than his work on another famous book adaptation, HBO’s The Leftovers. That was based on author Tom Perrotta’s novel about a rapture that wipes out a giant chunk of Earth’s population.

“With Tom and The Leftovers, I put [writers] on a very high pedestal. So, anytime you approach them with a question, you should do it with your hat in your hand,” Theroux said. “This one, the pressure was kind-of off because I have pre-existing relationship. I could just pick up the phone and say guess what, I’m playing Allie Fox in Mosquito Coast, let’s talk about the character. And it’s probably a little bit of proud uncle syndrome, where he’s happy to chat, not just about my questions, but just what’s going on in life.”

It’s probably fitting then that Cross said that in “one of my very last shots of the season, we see the emotional effect of what it is to love, and be loved, by Allie.”