Which Song Performance Was Your Favorite in The Flash–Supergirl Musical Crossover? 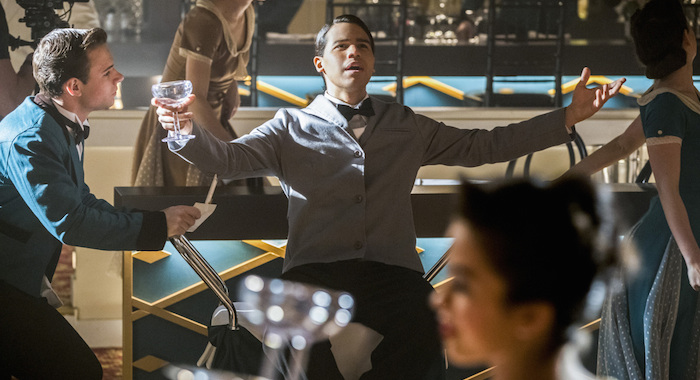 Even though many actors on The Flash and Supergirl series on The CW have sung before, some fans heard them sing for the first time Monday night during the long-awaited musical-crossover episode “Duet” on The Flash.

SPOILERS AHEAD
STOP HERE IF YOU HAVEN’T SEEN THE EPISODE

Music Meister visited Supergirl first to whammy her with his hypnotic, spiralling eyes. She woke up as a ’20s moll about to go on stage. Mon-El (Chris Wood) and J’onn J’onzz (David Harewood) followed Music Meister to The Flash’s Earth, but the tuneful mischief-maker proved too fast for the heroes and whammied Barry as well.

In their own minds, Kara and Barry conjured a world of a movie musical, thanks to Barry’s childhood love of Singin’ in the Rain and Kara’s of The Wizard of Oz. She had also suggested Funny Face for a movie night with Mon-El on the Supergirl episode “Star-Crossed” the previous night. Sans powers, Barry and Kara had to follow the musical script, with Winn Schott (Jeremy Jordan), Cisco, Merlyn, Stein, Joe and Iris West (Candice Patton) playing different characters in the story.

So what did the fan think of the show-stopping numbers? Here are some standout reactions to each performance.

UPDATE: Music from the episode is now available to purchase on iTunes.

Kara got the first solo of the night and threw down the gauntlet for the next hour!

This song goes back to Jackie DeShannon’s 1969 recording, but everyone remembers it most from Scrooged. When Bill Murray finally learns to stop being a Scrooge, he leads the entire cast in a cover on live television. In “Duet,” Criss led Barrowman and Valdes in a new rendition.

There's a #flashmusical connection to SCROOGED(!) but I'm holding off until after the West Coast has had a chance.

@JohnBarrowman #Flash #Supergirl #Merlyn #Cutter
I know the song from Scrooged, but even that was a cover.
Great number. Hella fun episode.

From Guys and Dolls, one of the only classic Broadway musicals Garber hasn’t already done.

a Martin/Garber/Barrowman rendition of "More, I Cannot Wish You" ?!? Holy cow… pic.twitter.com/5LeOTPfBQb

Great performance of "More I Cannot Wish You" from "Guys and Dolls" on #SuperFlashMusical by Victor Garber, Jesse L. Martin, John Barrowman pic.twitter.com/sAS4NyltLC

#TheFlash That song was beautifully performed by the dads, they have beautiful voices and great harmony! Loving this #FlashSupergirl musical

Not everyone was impressed, though.

An original! Flash fans today may have grown up with the Super Friends cartoon, a kiddie version of The Justice League. Kara also set this up with a “Super Friends” high-five on this week’s Supergirl. This is also the tap dance number Gustin told Rotten Tomatoes about.

Me: YOUR SUPER FRIEND pic.twitter.com/vbNBxFLn9r

Although it was maybe a little too on the nose for some:

was really hoping for something edgier / more clever than "I'm Your Superfriend" in #flashmusical ??‍♂️#lame

“Running Home to You” – GRANT GUSTIN

Barry didn’t let waking up from the musical to top him from singing. He had this original cued up to sing to Iris. Get it? Because The Flash runs fast! Crazy Ex-Girlfriend‘s Rachel Bloom co-wrote both “Super Friends” and “Running Home to You.”

Me running to download "Runnin' Home To You" #TheFlash pic.twitter.com/r9CAblUF0a

That song at the end was almost worth the break up. So beautiful!!! ❤️❤️❤️ #TheFlash

@grantgust Barry singing to Iris is by far the best thing that's ever happened on the show. #TheFlashXSupergirl #TheFlash #Supergirl

But dude, that proposal is going to be a tough act for regular guys to follow.

#TheFlash now that is how you propose to your love.

he proposed by sing a song i am so happy #TheFlash

So that’s all the songs, but each singer made an impression too. Here’s what the fans had to say about each of the Arrowverse stars.

Before her first number ended, Benoist had her fans rapt.

Some had a fan theory about how Gustin’s natural vocal talents make sense with Barry’s super powers. This is one power Gustin has in real life too.

Criss may have gotten the most love of the night by live tweeting along with the fans.

@DarrenCriss Im so happy for you, the music meister is perfect cause your voice is magic and heavenly… Success! P.S. you look very cute ?

@DarrenCriss I would say you enjoyed your part in the musical too much but my husband's laughing at my enjoyment lol!!!!! 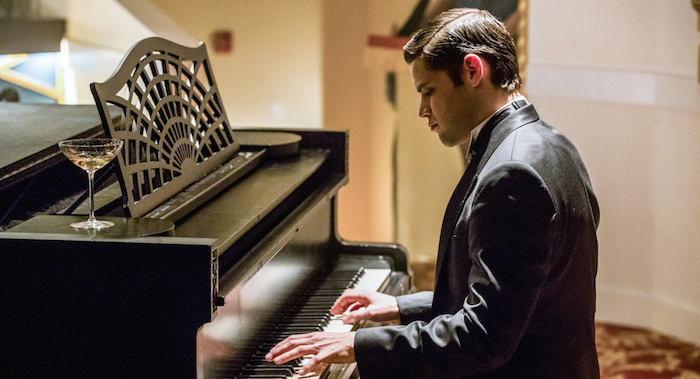 If the occasional episode of #Supergirl were just Jeremy Jordan and a piano for an hour, I'd be totally cool with it.

But his pipes too.

Valdes is developing a loyal following for his band Tha Los, and they came out to support him tonight.

Just casually blushing because Carlos Valdes was singing and dancing on my TeeVee. #TheFlash

And when Cisco asked for a GIF, the fans were there to provide.

I made a gif of it don't you worry Cisco #TheFlash pic.twitter.com/lknZDh5FLw

Barrowman has a legion of fans who’ve followed his singing since before and after the Doctor Who days.

The moment you know @JohnBarrowman has been waiting for all five years on the CW. #FlashSupergirl

damn I really love your vocal cords @JohnBarrowman . I love the rest of you too but DAMN. #TheFlash #TakeMeImYours pic.twitter.com/mjydFqDh3Z

They may have their own fans on Broadway, but they shared a duet, and shared the love on “Duets.”

#TheFlash That song was beautifully performed by the dads, they have beautiful voices and great harmony! Loving this #FlashSupergirl musical

Which performance was your favorite in “Duet?” Vote in the poll and tell us why in the comments!