Can The Dark Crystal Prequel Series Captivate a New Generation?

A lot has changed since Jim Henson‘s The Dark Crystal hit theaters in 1982; filmmaking processes, the content landscape, and attention spans are no longer what they were. Netflix’s upcoming release of prequel series The Dark Crystal: Age of Resistance has many wondering if a puppet-filled fantasy program based on a four-decades-old movie can resonate with today’s audiences.

According to executive producer Lisa Henson, it’s a crowning achievement that the project was done at all.

“This is the thing that I’m most proud of since my siblings and myself have been running the company,” Henson explained to a packed Hall H crowd on Friday at San Diego Comic-Con. “It was a very special project closest to [my father’s] heart. For us to go and try to approach the work that he, Frank Oz, and Brian Froud did, we had trepidation — it’s tremendously ambitious. We have so many tremendous fans of the original movie. It was developed through great respect and love of the original.” 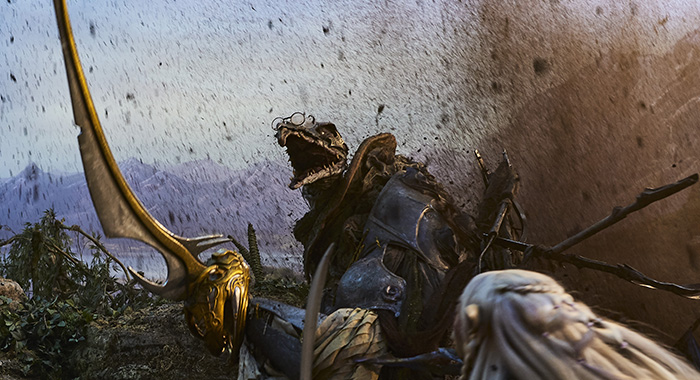 As in the original movie, audiences will be taken back to Thra, Jim Henson’s fantastical world where the Gelfling race and villainous Skeksis struggle to coexist in a realm that faces a looming threat. The stakes are high, and the puppets and a majority of the show’s effects are completely real. The series, from co-creators and writers Jeffrey Addiss and Will Matthews and writer Javier Grillo-Marxuach, takes viewers back before the events of the movie, before Thra is in ruins and before the crystal that helped maintain the balance of power throughout the land is destroyed.

“We know the outcome from the movie,” director Louis Leterrier (The Transporter) explained during a Comic-Con press conference earlier in the day. “It is as fun as it is dramatic; it’s as small and human as it is harrowing and big.” 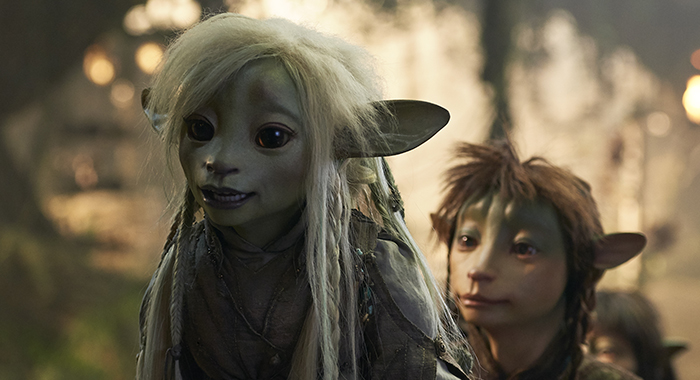 And while the subject matter in the series explores very real topics such as death, deceit, and the consequences of one’s actions, it also promotes the idea of coming together to fight for a common good. All that said, Leterrier insists Age of Resistance is indeed a family show.

“You will watch it with your kids, hopefully, who will grow up and make important decisions about this world. It’s better to teach them the right things early on, and I think the Henson Company has done that for a long time.”

Exploring these real-world issues through puppets offers a less imposing way for viewers of all ages to begin some important conversations at home. As Henson explains, they’ve been developing a bigger cinematic and literary world for some time — so there are plenty of issues to go around.

“We’ve been developing sequels, prequels, graphic novels, all sorts of content around The Dark Crystal because we believe the world in the original movie was so convincing. We have a past, present and future, and we could explore it,” she explained, alluding to a bigger landscape for these iconic characters to live and breathe in. 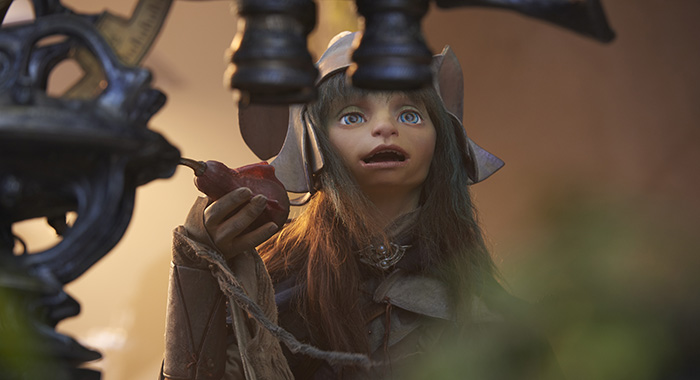 Still, this is a TV show starring puppets. And while the cast voicing these characters is pretty stellar — names like Sigourney Weaver, Taron Egerton, Anya Taylor-Joy, Andy Samberg, and Mark Hamill are just a few on the epic roster — the real highlight in the series is the attention to detail placed on the narrative and the creatures, themselves.

“The puppets are incredibly fragile. Most of them are in museums. In the process of building new characters, our shop started by copying the old ones,” Henson said, explaining the physical connection between the movie and series. “It was actually really interesting being able to access the old characters […] Another tie to the past… it was really important we brought on Brian Froud who was the original designer. He came back. He designed every character and every costume.”

To really appeal to viewers unfamiliar with the deep canon of The Dark Crystal, as well as die-hard fans, the creators went out of their way to pay intricate attention to the design of each character and every piece of scenery. That means employing “hundreds, or even thousands of workers,” Leterrier explained, to make wigs, to punch holes for hair into the creatures, and more. It’s an important part of the process that Netflix will celebrate, releasing a documentary going behind-the-scenes of Age of Resistance, that’ll appear as the season’s 11th episode. For a show that Henson describes as “a maker spectacular,” this announcement is a no-brainer.

“The amount of craft that goes into the making of the puppets, and the guys who operate them, we just arrive [on set] and it’s sort of there,” Egerton said of his responsibility as an actor on the series. “The work that everyone else has done kind of feeds your performance, really. We really are just the top layer of a very tall cake.” 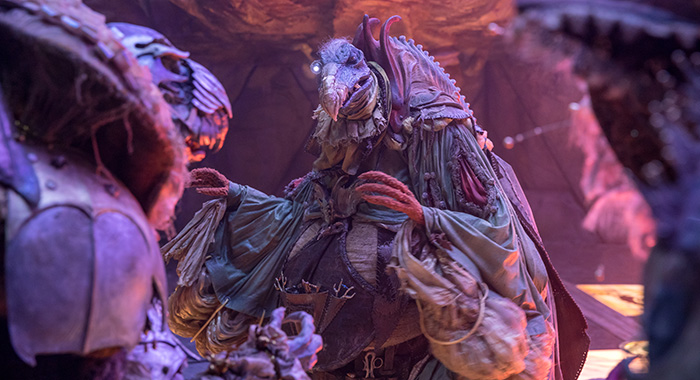 Hamill, who voices the iconic Skeksis known as the Scientist, couldn’t stop raving about being a part of the series.

“What I loved was how daring and dark it was as opposed to the other projects associated with the Muppets. It’s really come into its own. The script for Age of Resistance is very, very good. I don’t care about the trappings of the salary or whatever, but you look for projects that are a challenge and stuff you’d like to see, and it definitely falls into that category.”

Hamill will surely be a big draw for the show — his enthusiasm for the show is really quite contagious. But as gross and visceral as the Skeksis can get, Age of Resistance keeps certain aspects of these larger-than-life baddies grounded and relatable.

“We do have amazing villains. People read into the villains as villains in their own lives or they may read into them as historical villains,” Henson explained. “We talked about the ancient Romans as conquerors who appropriated different lands that they settled in. Those were more of our references for the villains. But [the Skeksis] are delicious villains and they’re great and are very horrible and very scary.”

From the sound of things, The Dark Crystal: Age of Resistance will blend a fair share of horror, fantasy and drama together that is sure to appeal to all ages. You may even need a reminder from time to time that these are puppets you’re rooting for.

The Dark Crystal: Age of Resistance premieres on August 30 to Netflix.

Sigourney Weaver (Avatar) as The Myth-Speaker (no image, voice character only)

Dave Goelz (The Dark Crystal) as Baffi, a Fizzgig (Image)

Other characters will be voiced by their puppeteers from the production, including:

Alice Dinnean as The Ornamentalist (Image)

Neil Sterenberg as The Scroll-Keeper (Image)