The 6 Biggest Mid-Season Uncertainties of The Walking Dead

Is Alexandria stable? When will Negan appear? And what are the odds on Glenn's survival these days? 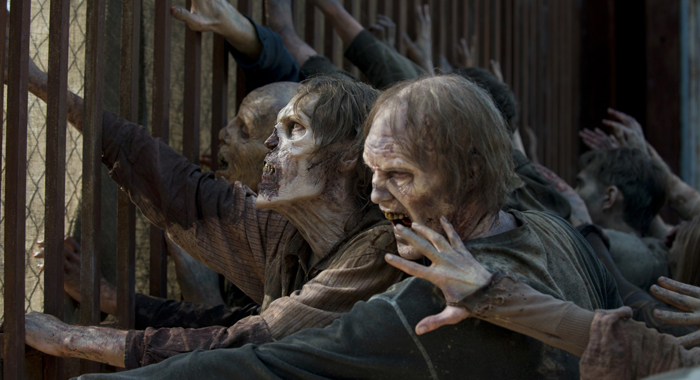 Five-and-a-half seasons into AMC’s The Walking Dead, viewers have come to expect a few certainties.

We know that Rick, Carl, Michonne, Carol, Glenn, Daryl, Maggie and the rest of the core survivors may get off the road for a little while, but they can never rest. Hershel’s farm, the prison, the church, and now, Alexandria — none of these places stays safe for long. The moment our survivors start making long term plans to grow crops, build bigger walls, or expand, something or someone comes along to blow all of that to Hell. That’s one of main themes woven through The Walking Dead.

Another certainty is the inevitability of death — an obvious statement, since being stalked by the dead is part of daily living. But that also refers to the idea of death as a metaphor: Just as central to the show as the theme of hunger is that of expendability and impermanence. Whenever we think the most terrible thing possible has just happened, something even more nightmarish shambles out of a blind corner to make things worse.

Sunday marks the midseason return of The Walking Dead with an episode titled “No Way Out.” As always, the channel has asked that those of us fortunate to preview new episodes refrain from revealing any specifics about new episodes. We intend to honor that. But it’s not a spoiler to say that the situation is still as grim as ever — and consider that title.  Read on for the six greatest uncertainties we can rely upon in the back half of season six.

This should go without saying, but if you are not caught up with The Walking Dead, STOP READING NOW. 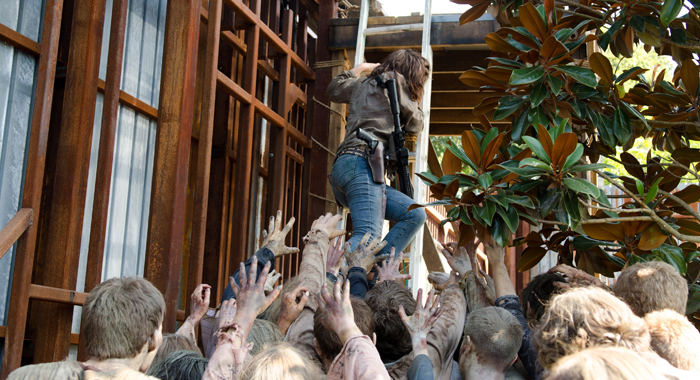 The last time we checked in with Alexandria, the settlement’s remaining leader, a bitten and dying Deanna Monroe (Tovah Feldshuh) was screaming defiantly at a group of famished zombies about to feast on her. Hundreds of undead flooded the streets. Rick (Andrew Lincoln), Michonne (Danai Gurira), and Carl (Chandler Riggs) were leading Gabriel (Seth Gilliam), Jessie (Alexandra Breckenridge), and her sons into the fray, lightly camouflaged in sheets soaked in walker guts.

Just beyond the walls, Glenn (Steven Yeun) and Enid (Katelyn Nacon) witnessed Maggie (Lauren Cohan) trapped atop a lookout post. And even further afield, Daryl (Norman Reedus), Abraham (Michael Cudlitz) and Sasha (Sonequa Martin-Green) struggled to return from their mission to lead the horde away from Alexandria, getting separated before finding one another again.

The most pressing concern, obviously, is the longterm viability of Alexandria itself.  Too reliant on the supposed invulnerability of the walls, the relationship between Rick’s people and blissfully sheltered townsfolk was already dangerously strained before the zombies rolled into town.  Their ranks were already thinned by the “W” invaders, their sense of community fractured.  Not a terribly ideal way to face down an invading force, especially one so many have never intentionally engaged.

UNCERTAINTY #2: THE LIFESPAN OF THE TOWN’S RESIDENTS 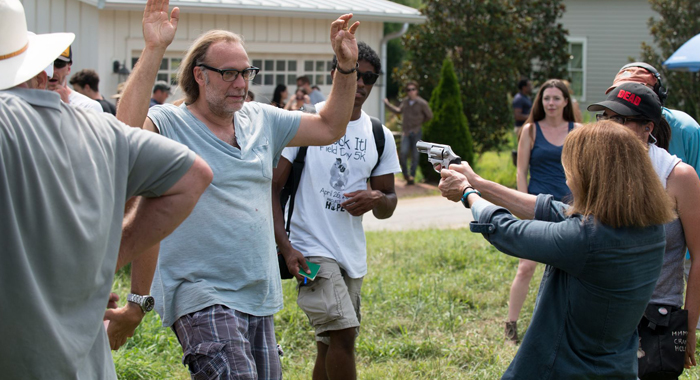 You may notice the very large roster of characters listed by name above. Only one of them won’t be back in Sunday’s episode. With so many stories to service, some of which garner more fan interest than others, it’s almost inevitable that somebody in the main group won’t make it to the finale unharmed or unchomped.

However, our favorite survivors do have a bit of insulation, if you will, in the form of Alexandria’s residents, a number of whom we’ve begun to care about. (This writer would be fairly upset if something were to happen to Alexandria’s scout Aaron or Denise.)

Even so, there are only a few of those residents who have been imbued with enough character development to make us become unhinged at the thought of their loss. Most of Rick and Carl’s neighbors may as well be to The Walking Dead what red shirts were to Star Trek — useful on a mission, but largely there to demonstrate the deadliness of a scenario by example. Feel free to bond, but don’t get too close to women with whom Carol shares casserole recipes. 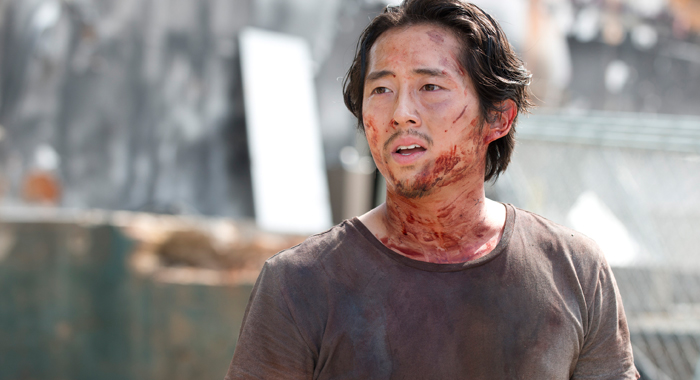 Let’s be clear — we don’t want Glenn to die, and we’re not about to tempt fate by placing actual Vegas odds on him continuing to breathe. Experiencing the emotional turmoil incited by the possibility that Glenn was killed by walkers in this season’s third episode, “Thank You,” was really enough for a while.

Tension born of near-death experiences is a staple ingredient in The Walking Dead’s plot pantry, but one has to wonder whether we’re being intentionally set up to witness Glenn’s story end with a gigantic, gnarly death sooner rather than later. One fears there will come a point at which the producers will have to stop crying wolf and actually produce a deadly predator that Glenn won’t be able to escape, bringing us to…

UNCERTAINTY #4: THE ARRIVAL OF NEGAN 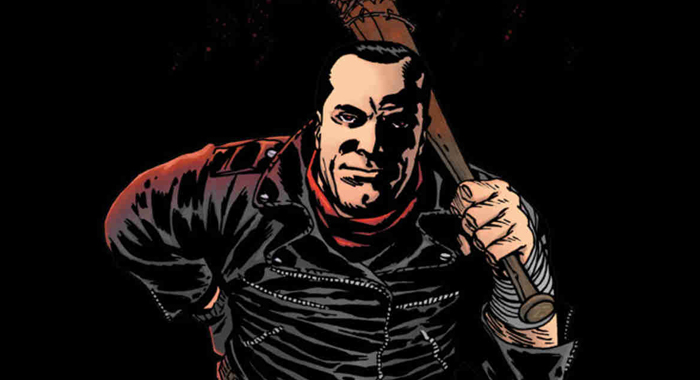 One of biggest fan favorites from the comic book series — and one of the franchise’s most fearsome villains — Negan officially steps into the game with the mention of his name within the first four minutes of “No Way Out.” As shown in the preview clip AMC released earlier this week, we don’t actually see the ruthless dictator, but the sinister threat posed by his agents is enough to convey that he’s not to be toyed with.

The casting of Jeffrey Dean Morgan as Negan is thrilling; he’s a magnetic actor adored by many. He’s also the kind of person a show’s casting director hires with the expectation of having him around for a while. Reportedly Morgan will make his onscreen debut before the end of the season.

In this series, however, the arrival of a heavy caliber Big Bad usually coincides with the departure of a core character. We applauded the casting of David Morrissey as The Governor — he was truly fantastic — but ultimately the cost was saying goodbye to Andrea and Hershel.

As such, there has been a tremendous amount of discussion as to whether the beginning of Morgan’s time with the series means the end of Yeun’s — who, like Lincoln, Reedus, McBride and Riggs, has been with The Walking Dead as a regular since the first season.

Plus, there’s that widely-reported, stomach churning detail that Negan ends Glenn with his bat Lucille in the comic book. You don’t have to search that much to find a few of the grislier frames depicting that confrontation. And the fact that Maggie is pregnant does not necessarily save Glenn. It didn’t save Lori, did it?

UNCERTAINTY #5: THE TV SERIES PLOT VS. THE COMIC BOOK STORYLINE 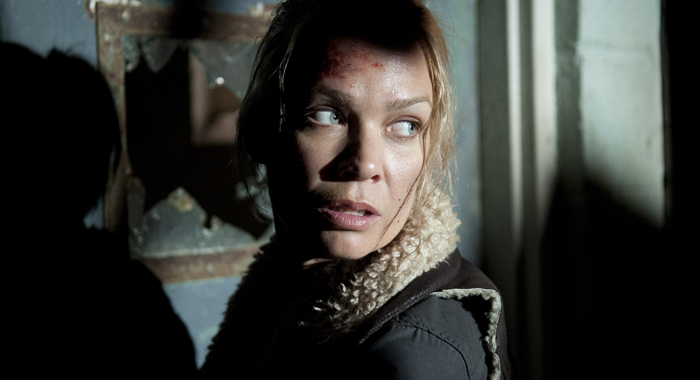 Hope remains — at least for Glenn and a few others — because as The Walking Dead’s producers often point out, the plot deviates from the comic books, and some of those iconic scenes from the pages play out differently on the screen. Andrea, for instance, is still alive in the comic book universe; on the other hand, several key characters who are physically whole on the TV series are missing body parts in the comics, and others besides Glenn who are alive on our televisions are already deceased in the books. All of this is to say, we simply don’t know for whom the bell tolls — and do we really want to know? 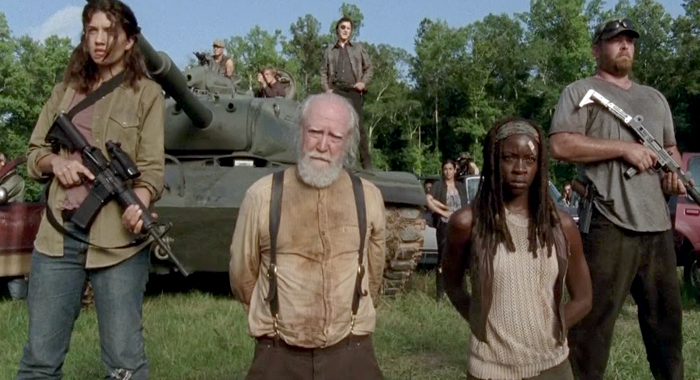 Ever notice that when certain characters reach a certain level of wisdom about the meaning of life, they acquire a target on their backs? Recall the smile on Hershel’s face after Rick pleads with the Governor to let him and Michonne go, proposing they live together in peace — you know, right before the Gov beheaded him.

Or Bob, who schooled Rick on maintaining his humanity before dying, and Dale, who did his best to keep his companions on a righteous path when paranoia was testing them, but could not escape those wandering walkers. These moral compasses, these hearts of the group, survive just long enough to make a mark on the souls around them but ultimately prove themselves to be too good to live.

Several of our current favorites are coming perilously close to having their moment of Zen, aren’t they?

But we could run down every possible scenario and endlessly prep ourselves to face any kind of tragedy, and The Walking Dead will still prove it has the ability to shock and surprise. That’s the finest expectation any of us can have for our favorite shows, one we hope keeps Rick Grimes and his people fighting on for many seasons to come.

Season six of The Walking Dead is currently Certified Fresh at 89 percent, and it returns with a new episode on Sunday, Feb. 14 at 9p.m. on AMC; read reviews here.