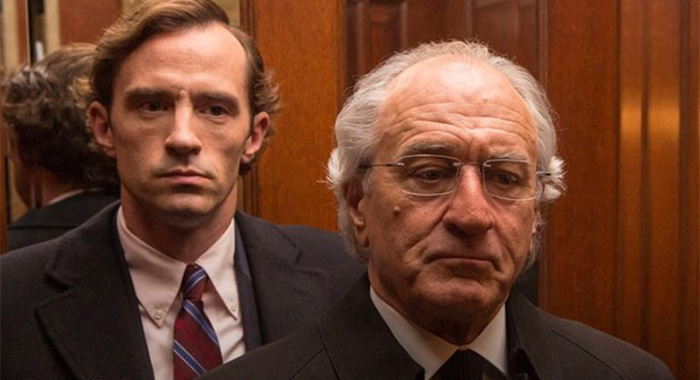 HBO or AMC could have entire days to themselves if they’d cover returning series Game of Thrones, Westworld, The Walking Dead, Halt and Catch Fire, and all their other hit shows for the Television Critics Association. Combined, the two cable networks still give a good day of panels on their new series, with Turner and Epix sharing some news in between. Here is all the news from day two of the Cable panels.

AMC had a surprise for the TCA: As the panel of Better Call Saul actors and creators took the stage, there was an empty seat remaining. AMC showed a commercial for Los Pollos Hermanos, the fast food chain managed as a front for Gustavo Fring (Giancarlo Esposito) on Breaking Bad. Esposito appeared in the commercial and then showed up in person, helping to hand out boxes of fried chicken and biscuits. The commercial really aired on late night TV in Albuquerque. Esposito reflected on playing Gus before he became the imposing businessman who faced Walter White on Breaking Bad. “Gus is immature in his business at this point,” Esposito said. Better Call Saul returns April 10 on AMC, and a younger Fring is expected to debut in an early episode of the third season.

#BetterCallSaul is brought to you by Los Pollos Hermanos, “Taste the family!” pic.twitter.com/hVtc15Oz10

After the success of The Night Manager, AMC has greenlit another John Le Carré series based on The Spy Who Came in From the Cold. Screenwriter Simon Beaufoy will adapt. James Cameron will executive produce a six-part series on the origin of science fiction to air in 2018. AMC also confirmed martial arts series Into the Badlands would return on March 19.

The HBO adaptation of Liane Moriarty’s book Big Little Lies moves the story of feuding mothers from Australia to Monterey, California. Director Jean-Marc Vallee said the ocean was vital to the story. “The ocean is angry and violent,” Vallee said. Witherspoon, Kidman, Shailene Woodley, Zoe Kravitz, and Laura Dern star. Valee only intended to direct the first two, but Witherspoon said the cast convinced him to do all seven. Big Little Lies premieres February 19.

Our last panel: #BigLittleLies tells the tale of three mothers whose seemingly perfect lives unravel to the point of murder. #TCA17 pic.twitter.com/BxLazjl0Zx

HBO President of Miniseries Kary Antholis introduced their panel on the limited series The Young Pope saying, “It is something more than a meme on Twitter.” Jude Law himself loves those Young Pope memes of papal rap lyrics or photos of children in mini-Popemobiles. “Having spent the last week both in New York and here doing lots of press, I’ve become very aware,” Law said. “At the beginning of the week, I was completely unaware what a meme was. Having been educated, I love them. They’re very funny and imaginative. It will I hope just provoke and prompt interest and intrigue [in the show].” The Young Pope premieres Sunday night on HBO.

Crashing Is Pete Holmes in 2007, Other Comedians in Present

Crashing is the latest Judd Apatow produced comedy for HBO. Pete Holmes plays himself during his struggling comic years, which Holmes dates back to 2007. Famous comedians like Artie Lange and Sarah Silverman cameo, but Holmes assures they play their 2017 uber-successful selves. Holmes said when he was starting out, comedian Bill Burr prepared him for the first five years every comic has to go through before they’re good. So Holmes did shows where he had to bring an audience with him to qualify for stage time, and others where he handed out flyers in return for stage time. That’s the Pete that Holmes plays on Crashing, which premieres February 19.

This summer, HBO will air the film The Wizard of Lies starring Robert De Niro as notorious Ponzi scheme crook Bernie Madoff. De Niro did his typically in-depth research on Madoff and still can’t understand how a guy could swindle billions from people. The only thing De Niro is sure of is that Madoff kept his family out of it. “The only things I do feel strongly about is he didn’t tell his kids and he didn’t tell his wife,” De Niro said. The Wizard of Lies premieres in May on HBO.

Quentin Schaffer, HBO EVP Corporate Communications, made opening remarks to the TCA and announced a couple of late-night premieres. Real Time with Bill Maher returns January 20, not only inauguration day, but Maher’s birthday. His producers found out it happens to be Trump adviser Kellyanne Conway’s birthday too. Last Week Tonight with John Oliver returns February 12.

Epix introduced the stars and creators of their Get Shorty TV adaptation. Davey Holmes, who created the show, said the show looks more like a Coen Brothers movie than the bright and colorful Barry Sonnenfeld film adaptation. Production is divided between Albuquerque and Los Angeles on the Sony and Paramount lots. Chris O’Dowd plays Miles, the mob muscle like John Travolta’s Chili Palmer, but Miles is ex-Irish paramilitary. O’Dowd gets to use his own accent. Ray Romano plays the desperate movie producer. Romano said he based his hair on Brian Grazer’s spiked ’do, but only the hair. Romano acknowledged Grazer has produced hit movies his character only dreams of. Get Shorty premieres on Epix this summer.

On a panel for Full Frontal with Samantha Bee, Bee and producer Jo Miller teased more specials like the DGA Award–nominated “A Very Special Full Frontal Special.” They would not reveal the topics or occasions of those specials. Although covering President Trumo will continue to be a priority, Full Frontal also has plans to cover stories outside the White House, but again would not reveal them. Miller and Bee both asserted that they were not secretly happy for the comedic opportunity a Trump presidency may provide. “It broke me for weeks,” Miller said. Full Frontal airs Wednesdays on TBS. Look for Rotten Tomatoes’ interview with Jo Miller.

The Son Brings Pierce Brosnan Back to TV For Three Seasons

AMC’s miniseries The Son, based on the Philipp Meyer bestseller, stars Pierce Brosnan as a Scottish immigrant who builds an oil and ranch empire out of the ashes of the Wild West. Currently set for 10 hour-long episodes, Brosnan said he’s signed for three seasons potentially. That righteous beard he sports is pure 100 percent Brosnan follicles and, yes, fans, Remington Bond has a love scene. “One of the loves of my life comes back into my life, and we have a delightful bedroom scene,” Brosnan said. The Son premieres April 8 on AMC.

“I was born on the same date as the Republic of Texas.”#TheSon premieres April 8 at 9|8c, only on @AMC_TV. pic.twitter.com/9AvvDiITOP

On a panel for Humans, Gemma Chan said that all Mia wants at the beginning of season 2 is to build a life with Leo. As she meets some of the new synths in season two, they change her conscience and win her over to the synth cause. Humans returns February 13 on AMC. Look for our interviews with Chan and new cast members Carrie-Anne Moss and Sonya Cassidy.

“You were made to feel.”
Don’t miss #HUMANSamc big return to @AMC_TV on February 13 at 10|9c. pic.twitter.com/2YaLBXZfIj

Reports of Portlandia’s series finale may have been exaggerated by the creators of Portlandia themselves. On a panel for its seventh season, currently airing, creators Fred Armisen, Carrie Brownstein, and Jonathan Krisel kept their options open after the eighth and supposedly final one. Krisel suggested the team continue doing comedy in other format. Armisen reminded reporters that after he left Saturday Night Live, he kept appearing as a guest star. Portlandia is on Thursdays at 10 p.m. on IFC.

TNT Renews Good Behavior, Adds a Fanning to The Alienist 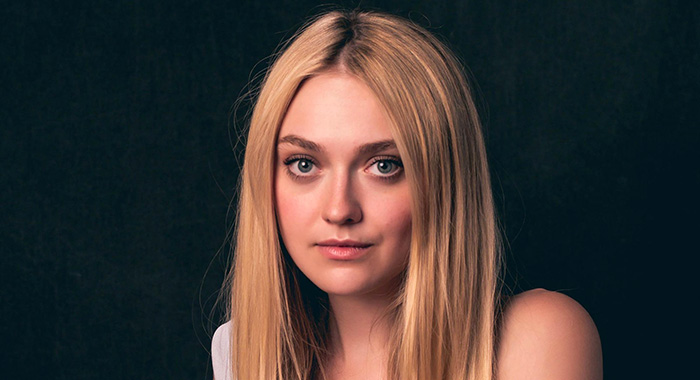 In TNT’s opening remarks, Executive Vice President of Original Programming Sarah Aubrey announced the renewal of Good Behavior for a second season. The series stars Downton Abbey alum Michelle Dockery and Juan Diego Botto. (Read our interview with Botto about season 1.) The new series The Alienist, based on the Caleb Carr novel about the beginnings of criminal psychology and forensics in 1896, has added Dakota Fanning to the cast. Daniel Bruhl and Luke Evens have already been cast. Cary Fukunaga produces and Jakob Verbruggen directs the first episodes. The Alienist will air on TNT this fall.

Will Makes Shakespeare a Rock Star

TNT’s miniseries Will tells the story of William Shakespeare’s lost years. Before he was the famous playwright everyone had to read in high school, Shakespeare was just Will, a writer with a dream. While there are historical gaps in Shakespeare’s biography, creator Craig Pearce did all the research he could. He’s confident no historian could disprove anything that happens on the show. Pearce also wrote Baz Luhrmann’s rock & roll Romeo + Juliet, and he’s put rock music in Will too because he says theater was like rock & roll in Shakespearean times. Will premieres this summer on TNT.

Comedy giants Louis C.K. and Albert Brooks had been developing an animated series together, and today TBS sent out a press release confirming they have greenlit it. Tentatively titled The Cops, Brooks and C.K. voice L.A. patrolmen. The Cops will premiere in 2018.