Super Troopers 2 Is More of the Same, but in Canada

Plus, I Feel Pretty is a missed opportunity, but Westworld's second season and Ghost Stories are both Certified Fresh.

This weekend at the movies, we have the latest misadventures of Vermont’s finest (Super Troopers 2, starring Jay Chandrasekhar and Kevin Heffernan), Amy Schumer with a bump to the noggin (I Feel Pretty, co-starring Michelle Williams), and a couple who picked the wrong gas station on their way to the woods (Traffik, starring Paula Patton and Omar Epps). What are the critics saying? 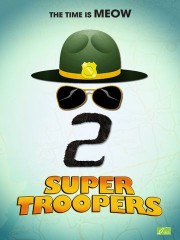 Some movies are born into greatness, while others are forced to wait years to find their audience. Into the latter camp squarely falls Super Troopers, the low-budget laugher about incompetent cops that debuted to negative reviews and lukewarm box office in 2002, only to earn cult status over a decade-plus of home video viewing. More than 15 years after the original came and went with a whimper, meow’s the time for Super Troopers 2, which reunites the Broken Lizard gang for another round of goofball comedy. The importance of the plot here is secondary at best, but for those keeping track, it involves a border dispute between the United States and Canada; it’s a suitably silly premise for these characters, but unfortunately, the second time isn’t really the charm in terms of critical response. Reviews describe a film that simply isn’t all that funny — unless your idea of hilarious is rehashing gags from a previous movie or taking cheap shots at our neighbors to the north, this is one belated sequel that looks like a long-awaited disappointment. 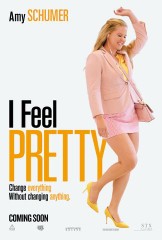 With her hit Comedy Central series, her stand-up specials, and her breakout big-screen success Trainwreck, Amy Schumer has more than demonstrated a gift for making people laugh by finding the humor in painful or awkward situations. I Feel Pretty, the latest outing from writer-director duo Abby Kohn and Marc Silverstein (Never Been Kissed), would seem to have plenty of potential for tapping into that knack: Schumer stars as Renee Bennett, a woman whose deep-seated insecurities about her body are magically erased after she takes a header at the gym and wakes up believing she’s got supermodel looks. With a star who’s as adept at projecting brash overconfidence as she is at taking a fall for comedic effect, plus a premise poised to offer funny and thought-provoking observations about how much of the way others see us is tied into our own self-image, Pretty had the makings of a hit. Alas, critics say the end result is a largely unfunny affair that whiffs where it counts, playing at a fresh perspective on its rich themes without ever really figuring out where to go with them. 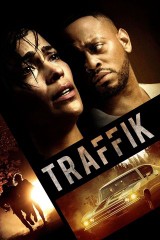 Don’t you just hate it when you head off on a weekend getaway with your significant other, only to cross paths with a depraved motorcycle gang of sex traffickers who simply will not leave you alone? Writer-director Deon Taylor understands — as evidenced by the arrival of Traffik, starring Paula Patton and Omar Epps as a couple whose romantic trip to the mountains is ruined after they inadvertently come into the possession of a cell phone belonging to some very bad people who are determined to retrieve it by any means necessary. Away from home in a secluded area, outnumbered and outmatched by violent foes — it’s the type of premise that’s produced plenty of watchable movies over the years, and the cast (which also includes the ever-compelling William Fichtner) isn’t short on charm. There’s at least a chance that it’ll all add up to a decent night out at the movies here, but since Traffik wasn’t screened for critics, we can’t say for sure just yet. While we wait, let’s play a round of Guess the Tomatometer!

Westworld builds on its experimental first season, diving deeper into the human side of AI without losing any of its stylish, bloody glory.