Suicide Squad Shoots Itself in the Foot

Plus Nine Lives wasn't screened for critics, and The Little Prince is Certified Fresh.

This week at the movies, we’ve got a team of villains (Suicide Squad, starring Will Smith and Margot Robbie) and a man in a cat’s body (Nine Lives, starring Kevin Spacey and Jennifer Garner). What do the critics have to say? 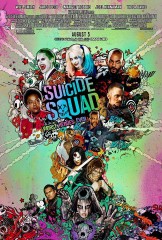 Everyone wants their own shared cinematic universe these days, and on paper, Warner Bros. has a better shot than most, but their DC Extended Universe — DCEU for short, natch — has had a bumpy early go of it. Suicide Squad  was supposed to be the movie that finally turned things around, with a killer cast (including Viola Davis, Margot Robbie, Will Smith, and Jared Leto) and an entertaining premise assembling a team of superpowered villains to save the world from an even greater threat. Unfortunately, the DCEU remains DOA among critics; while more than a few reviews spare some kind words for the performances (particularly Robbie and Smith’s) and the welcome influx of humor, none of it’s enough to rescue what most scribes describe as a muddled, mind-numbingly over-the-top, and overall unpleasant affair. Diehard fans may find a few fun set pieces among the noisy wreckage, but on the whole, it’s hard to see much more than missed opportunities here. 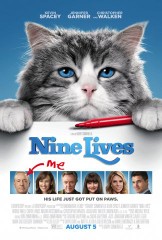 It’s been an awfully long time since Hollywood gave us a good old-fashioned heartwarming comedy about a person whose spirit gets trapped in the body of an animal, and we’d love to be able to tell you that this weekend’s Nine Lives — starring Kevin Spacey as a billionaire whose consciousness ends up in a cat — lives up to the time-honored standard set by the classics of the genre. Alas, the picture hasn’t been screened for critics, so you know what that means: it’s time to Guess the Tomatometer!