Stranger Things Cast Shares Its 12 Highlights of Seasons 1 and 2, Including an Aliens Homage and '80s Tighty Whities 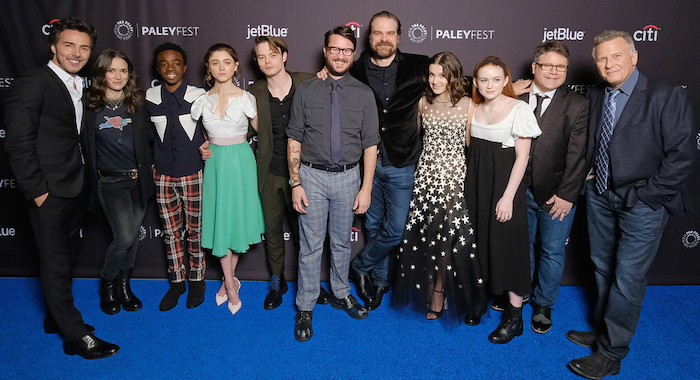 The Stranger Things cast shared their most memorable moments from the first two seasons when they took the stage for Sunday’s closing-night panel of PaleyFest, an annual celebration of television for fans in Los Angeles.

The cast didn’t reveal any big news on season 3, which begins filming in April, but here are 12 highlights from the first two seasons.

1. REMAKING A SCENE FROM ALIENS 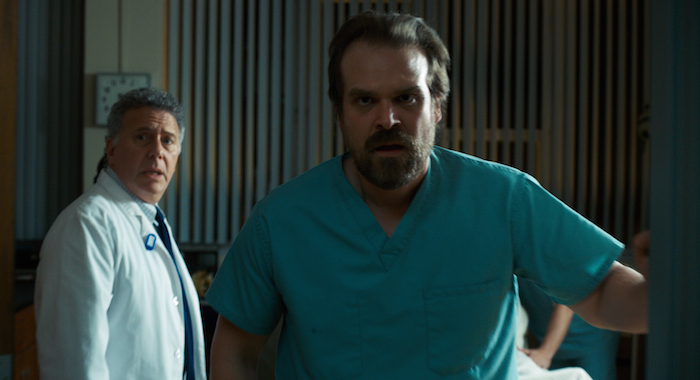 Did the scene at the end of season 2, episode six look familiar? The one where the scientists are venturing into the cave and the creatures attack? That’s because it was filmed exactly like another ’80s classic, featuring a Stranger Things actor.

“Andrew Stanton directed that episode, had storyboards up and they were shot for shot storyboards from Aliens,” Harbour said. “Same scene, Paul Reiser in the same position.”

2. WHEN SINK JOINED THE CAST 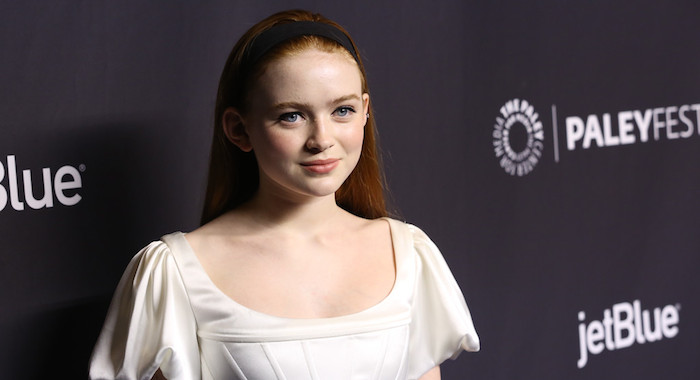 Brown was excited to have another teenage girl join the cast.

“As soon as she walked into the school trailer we were all talking about algebra, and we were like, ‘I love her,’” Brown recalled. “Also, I had another girl to talk about girl things and actually not talk about video games for a while.” 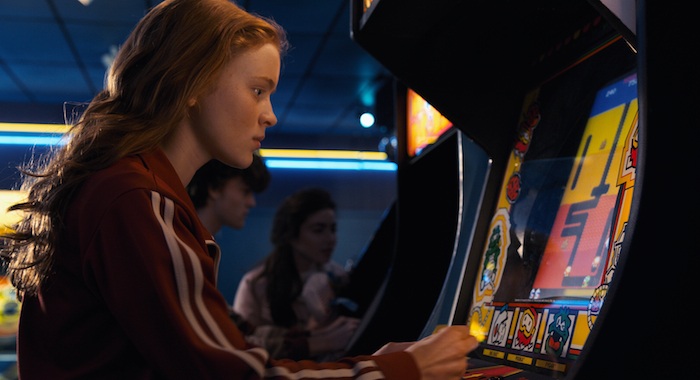 Sink had to learn to skateboard in far less time than Max had.

“It’s hard to learn in two months how to look like you’ve been skateboarding your whole life,” Sink said. “I had great instructors. We would skate for three hours every day after school.” 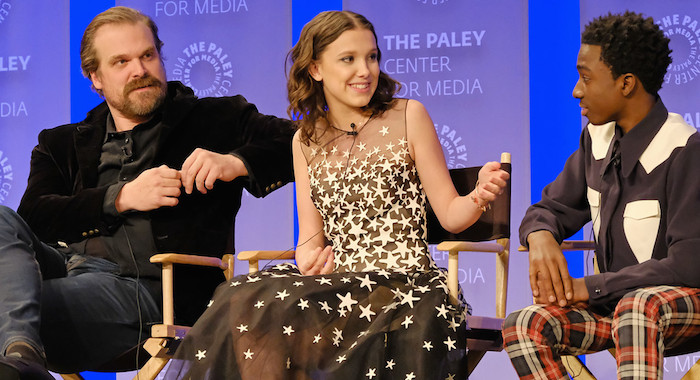 When casting, the Duffer Brothers sent the actors a fake trailer comprised of scenes from classic ’80s movies. Brown remembered the mashup that included Jaws, Poltergeist, Stand By Me, The Goonies, and E.T.

“I was so weirded out,” Brown said. “What is this? This is so confusing. There’s a shark and a ghost.” 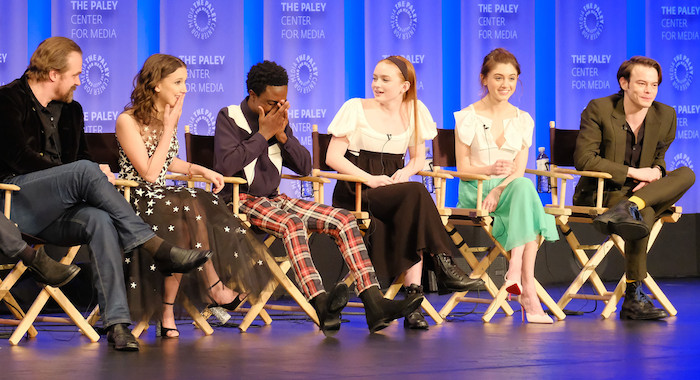 Stranger Things is so ’80s, the wardrobe even gives the cast authentic tighty whities to wear.

“They give us underwear, like, from the ’80s,” Brown confirmed. 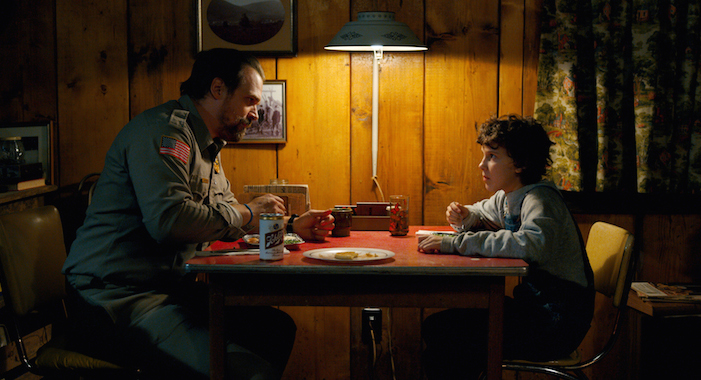 Eleven spent most of season 2 living secretly with Hopper.

“I don’t have a child, so I don’t know what that experience is like,” Harbour said. “It was an unlocking of a love that was human, but that was pure.”

When they fought, it was as intense as real fathers and daughters. 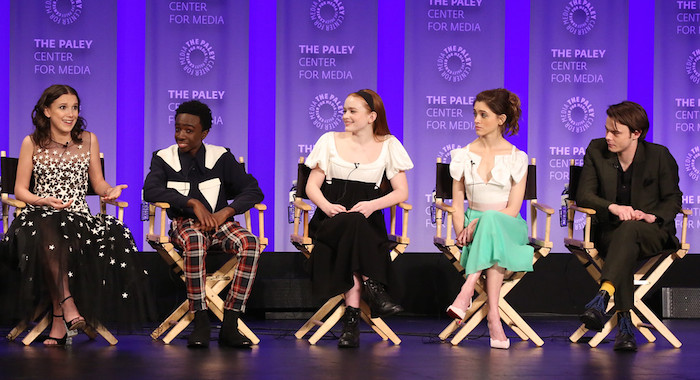 In season 1, when Will is still missing, the boys discover a body in the lake that they worry might be their missing friend. McLaughlin made a choice that Lucas would not express his emotion in that scene.

“Some people just don’t react,” McLaughlin said. “That was the most challenging part, but the rewarding part was that people understood, not everybody, but I got some people mad, some people hate me, some people love me.” 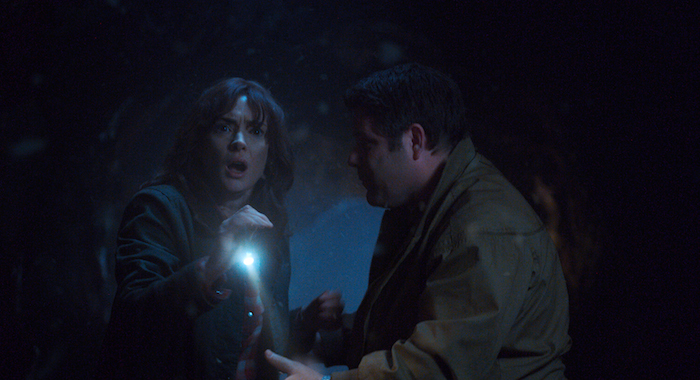 When Bob ran from the Demogorgon dog in the penultimate season 2 episode, he gets a little too cocky. He pauses before he reaches safety, giving the Demo-dog time to pounce. Astin revealed there was a very simple reason for his tragic mistake: “You read the script. It says right there Bob stops.”

9. WHEN JOYCE HIT PAUSE ON HYSTERIA 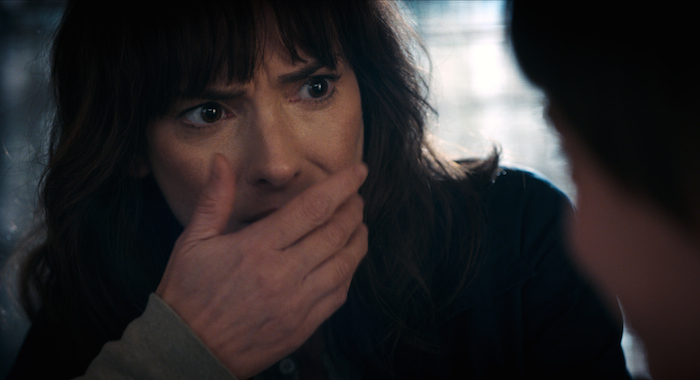 Winona Ryder has a tough job on Stranger Things: In season 1, she’s frantic and desperately searching for her missing son, and in the second season — even though he’s back — more monsters show up and there’s even more trauma for her to deal with. Ryder reflected on her one calm scene.

“Charlie and I had one scene in the very beginning where I wasn’t a basket case,” Ryder said. “Right after that it’s my worst nightmare. It’s challenging to sustain that.”

10. WHEN MAX STOOD UP TO HER BROTHER 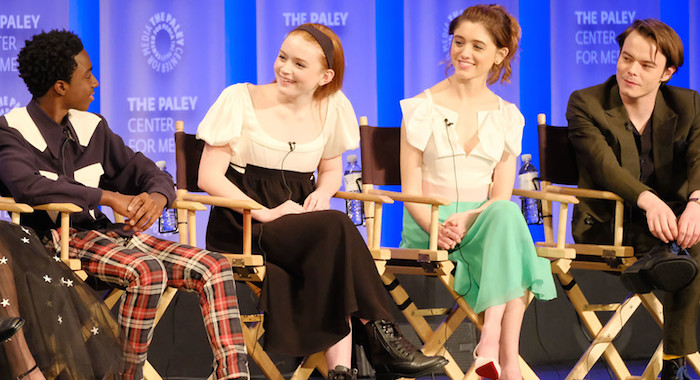 At the end of season 2, Max made sure her brother (Dacre Montgomery) would stop bothering her and her friends. She stabbed him with a needle to sedate him and swung a bat studded with nails between his legs.

“It’s pretty intense,” Sink said. “I just remember filming it, I went for it I guess. But it was — I was shaking after.”

11. RIDING IN CARS WITH MURRAY 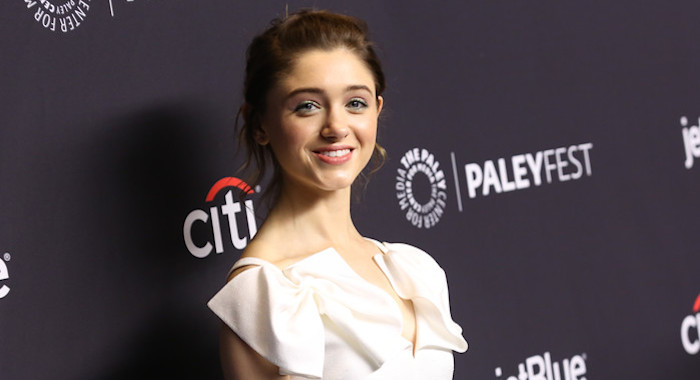 Dyer had a lot of scenes with Brett Gelman as Murray Bauman, the P.I. seeking #JusticeforBarb. Those included days of driving and others doing improv with the comedian.

“That was two or three days back to back just working with Brett [in the car],” Dyer said. “Those scenes in Murray’s house, we got to play a lot more, just move in the space. It was a longer shot, so we really tried it different ways.”

12. WHEN JONATHAN OPENED UP 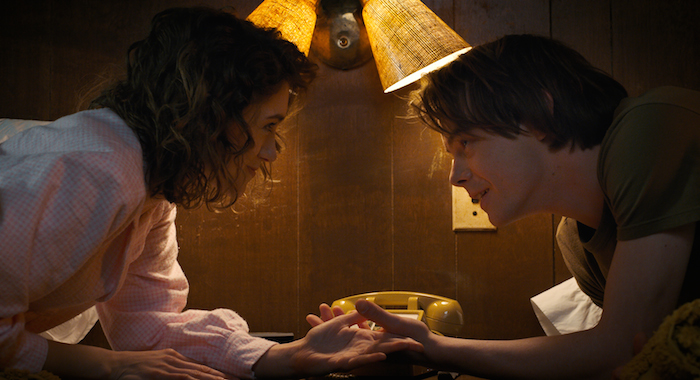 Nancy and Jonathan began dating in season 2 while getting closer together pursuing #JusticeforBarb. It’s a subtle difference, but Heaton reflected on how far Jonathan has come.

“When I first looked at Jonathan at the beginning of season 1, I always saw him as not so sure about who he was and he wanted to change that to fit in,” Heaton said. “I didn’t feel it was a huge leap, but he definitely felt more open through his relationship.

Stranger Things seasons 1 and 2 are now streaming on Netflix.