The audience has spoken, and 1993's seminal sci-fi thriller Jurassic Park has defeated Jaws to become the winner of our Steven Spielberg Showdown! 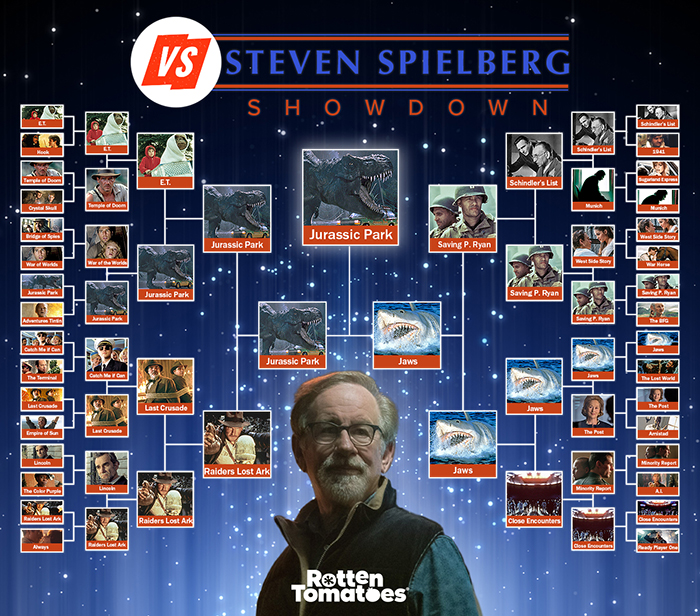 After five intense rounds of voting during which we asked you to choose between some of cinema’s most beloved classics, we finally have a winner in our Steven Spielberg Showdown! After defeating the likes of War of the Worlds, E.T., and even Raiders of the Lost Ark, 1993’s Jurassic Park completed its journey by defeating another celebrated creature feature, Jaws, with 64% of the vote. It wasn’t the biggest landslide victory, but it wasn’t particularly close either, and we’d be lying if we said we knew it was going to be as easy a victory as it turned out to be.

As always, thank you to the thousands of fans who voted in our little bracket — it was only as much fun as it was because so many of you participated. Keep your eyes peeled for our next big Showdown, and maybe rewatch some of your favorite Spielberg flicks in the meantime.