We sorted 64 of A24's most noteworthy titles into head-to-head match-ups for you to decide which one is their crowning achievement, and the Daniels' 2022 hit came out on top! 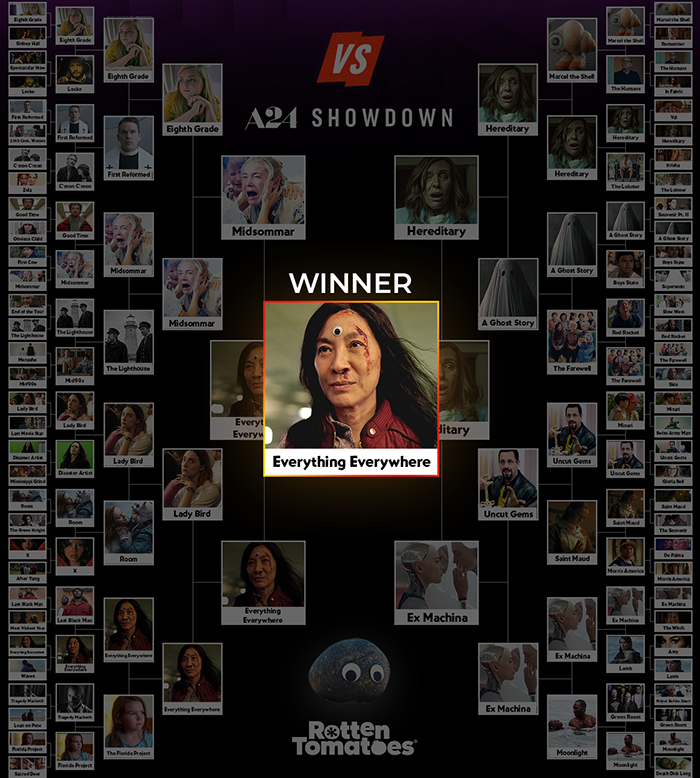 It’s official: Everything Everywhere All at Once has defeated all of its challengers to win the A24 Showdown! En route to the title, the Daniels’ sci-fi/action/romance/drama defeated most of its opponents by fairly wide margins, and while the championship round did provide its closest match-up, the film ultimately triumphed over Ari Aster’s Hereditary by a count of 59% to 41%, which is still a pretty convincing victory. Not only is Everything Everywhere A24’s highest-grossing film of all time, but according to those of you who participated in this bracket, it’s also their best film overall!

As always, thanks to everyone who participated these past few weeks. We’ll see you at the next showdown!