Steven Spielberg Is Doing His Own Biopic (Sort Of), and More Movie News

This week’s Ketchup brings you more headlines from the world of film development news, covering such titles as Creed 3, Lady Chatterley’s Lover, and the Bee Gees biopic.

STEVEN SPIELBERG IS DOING HIS OWN BIOPIC (SORT OF) 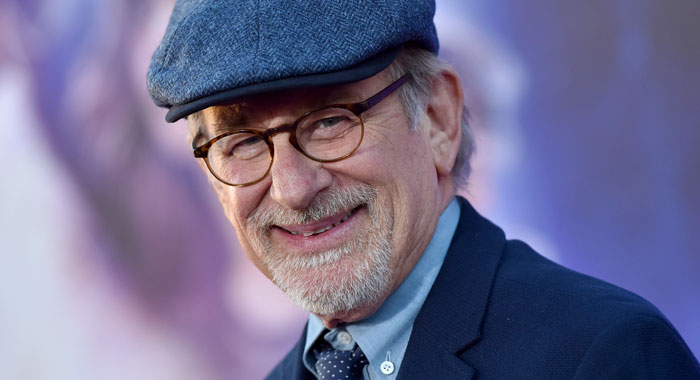 Writers and filmmakers frequently take inspiration from their own lives to create the stories they tell (Neil Simon, Ingmar Bergman, and Federico Fellini are notable examples), and Steven Spielberg is well known for working out some of his own father issues on film. That said, it now looks like he’s ready to tackle his past a little more directly, as he has co-written a screenplay loosely based on his own childhood and coming of age as a Jewish teenager and movie buff living in Arizona in the 1950s and 1960s. Spielberg is reportedly working on the project simultaneously while he puts the finishing touches on his remake of West Side Story (12/10/2021); filming of the new drama, which he will also direct, is expected to start as soon as July of this summer, aiming for a release in 2022. Spielberg has, in fact, already cast Michelle Williams to play the mother, and is currently doing test screenings with young actors to play the young protagonist based on him and fill out the ensemble cast of supporting characters. Spielberg’s writing partner on the project was Tony Kushner, with whom Spielberg has frequently collaborated, including on both Munich and Lincoln.

1. EMMA STONE AND WILLEM DAFOE MIGHT BE POOR THINGS

In 2018, Emma Stone received her third Academy Award nomination for The Favourite (Certified Fresh at 93%), and now she’s in talks to reunite with that film’s director, Yorgos Lanthimos. Willem Dafoe is also in talks to co-star in Poor Things, which will be an adaptation of the 1992 novel by Scottish author Alasdair Gray. Screenwriter Tony McNamara, who also co-wrote The Favourite and Emma Stone’s upcoming 101 Dalmatians spin-off Cruella, is adapting Gray’s novel, which uses an “unreliable narrator” device to tell its Frankenstein-style story of a Victorian woman brought back to life by an eccentric scientist (Searchlight Pictures has not yet confirmed whether that’s the role Willem Dafoe is in talks for). Dafoe currently has four movies awaiting release, all from acclaimed directors: Wes Anderson’s The French Dispatch, Guillermo del Toro’s Nightmare Alley, Paul Schrader’s The Card Counter, and Robert Eggers’ The Northman.

2. MICHAEL B. JORDAN TO MAKE DIRECTORIAL DEBUT WITH NEXT CREED

Although the first Rocky was directed by John G. Avildsen, Sylvester Stallone went on to direct Rocky II (Fresh at 71%), Rocky III (Fresh at 63%), Rocky IV (Rotten at 40%), and Rocky Balboa (Certified Fresh at 77%), as well as write and star in all four of those films. Michael B. Jordan effectively took over as the star of the franchise starting with Creed (Certified Fresh at 95%) and continuing with Creed II (Certified Fresh at 83%), and now, he’s going to follow in Stallone’s footsteps as director as well. Michael B. Jordan is now committed to make his directorial debut with Creed III, in which he will also star. No premise has been announced for the boxing sequel yet, but MGM has already scheduled Creed III for release on Thanksgiving Day, 2022 (11/24/2022). In related news this week, Jordan’s Creed II opponent, Florian Munteanu, signed to co-star in the video game adaptation Borderlands as “Krieg,” alongside Kevin Hart, Jack Black, Jamie Lee Curtis, Cate Blanchett, and Haley Bennett, who will be playing a new character.

3. ELIZABETH BANKS TO DIRECT THE TRUE STORY OF THE COCAINE BEAR

“That stuff only happens in the movies” is a common catchphrase for distinguishing between reality and fantastic reaches in fiction, but every once in a while, a true story really is outlandish on that scale. In 1985, the New York Times first reported that a 175-lb. brown bear was found dead in Georgia after apparently consuming 40 packets of cocaine that were eventually connected to a Kentucky smuggler who had jumped out of an airplane, D.B. Cooper-style. It’s now time for Cocaine Bear to finally get his story told on the big screen, as Elizabeth Banks is now attached to make it her next project as director after Pitch Perfect II (Fresh at 65%) and 2019’s Charlie’s Angels (Rotten at 52%). Phil Lord and Chris Miller, the team behind The LEGO Movie, will produce Cocaine Bear for Universal Pictures. Filming of Cocaine Bear is expected to start this summer, but no casting has been announced yet. Meanwhile, Elizabeth Banks is also still developing The Magic School Bus movie, in which she will also star as Ms. Frizzle.

4. SONY PICTURES ANIMATION WILL GIVE US K-POP: DEMON HUNTERS

(Photo by The Chosunilbo JNS/Getty Images)

Sony Pictures Animation has been steadily producing animated movies since Open Season in 2006, including hits like Cloudy with a Chance of Meatballs (Certified Fresh at 86%) and the various Hotel Transylvania movies, but none of them probably prepared fans for the visual spectacle of Spider-Man: Into the Spider-Verse (Certified Fresh at 97%), which eventually won the Academy Award for Best Animated Feature. Sony Pictures is currently working on a Spider-Verse sequel, but another new project announced this week is K-Pop: Demon Hunters, whose premise is pretty much laid out directly by its title. K-Pop: Demon Hunters will tell the story of a world famous Korean all-girl pop group who also have secret identities as demon hunters. Sony has not yet announced which K-Pop stars might star in the film, which will be directed Chris Appelhans (Sony’s upcoming Wish Dragon) and Maggie Kang, who will be making her directorial debut after working as an artist on movies like Trolls, Puss in Boots, and The Croods: A New Age.

5. THE CROWN’S EMMA CORRIN TO STAR IN LADY CHATTERLEY’S LOVER

The cast of Netflix’s The Crown switches every two seasons, so most of the cast was the same in last year’s fourth season as in the third season (that’s the group including Olivia Colman and Helena Bonham Carter). There were, however, two major historical figures that joined the show last year, and they were Gillian Anderson as Margaret Thatcher and relative newcomer Emma Corrin as Princess Diana. In just one year, The Crown has quickly elevated Corrin’s celebrity status, including a Golden Globe win last month, and now SHE is attached to star in a new adaptation of a literary classic. Emma Corrin will star as the title character in Lady Chatterley’s Lover, based on the novel by D.H. Lawrence. There have been several adaptations of the book, including the 1955 film starring Daielle Darrieux, which led to a groundbreaking 1959 Supreme Court ruling about obscenity laws. This latest adaptation of Lady Chatterley’s Lover will be directed by Laure de Clermont-Tonnerre, whose most recent film was The Mustang (Certified Fresh at 95%). Like the rest of the current cast, Emma Corrin will not be returning for season 5 of The Crown, as Elizabeth Debicki is already set to play the older Princess Diana.

The late 1960s and early 1970s were a period of drastic generational change in Hollywood that has been extremely well documented in book form (your local library probably has a whole section devoted to “New Hollywood”), but there have been surprisingly fewer movies about that period (though Once Upon a Time… in Hollywood was one recent example). Director Barry Levinson (Diner, Avalon, Rain Man) is preparing a project called Francis and the Godfather, which will depict the making of The Godfather, with Oscar Isaac starring as Francis Ford Coppola and Jake Gyllenhaal as producer Robert Evans. During this period, Robert Evans was married to Ali MacGraw, who starred in Love Story (Fresh at 68%), one of Evans’ first and biggest box office hits at Paramount. Elle Fanning has landed the role of Ali MacGraw in Francis and the Godfather. In the early 1970s, Ali MacGraw was also romantically involved with movie star Steve McQueen, so we might expect that his role will also be cast soon.

It doesn’t happen all the time, but a fairly common trend in film development involves “dueling movies,” which is what happens when two or more projects about a similar subject compete with each other to get released first, whether it be movies about volcanoes, Snow White, Robin Hood, athlete Steve Prefontaine, or most recently, the GameStop stock controversy. In that vein, the last two years have seen six different movie projects gearing up to depict the true story of the 2018 Thai cave rescue of a junior football team trapped in the Tham Luang Nang Non cave there, but it is looking like the winner might be director Ron Howard (Willow, Parenthood, Apollo 13), who directed last year’s Hillbilly Elegy (Rotten at 25%). Howard’s project is now titled Thirteen Lives, and its ensemble cast will be led by Viggo Mortensen, Colin Farrell, and Joel Edgerton. Ron Howard is planning to film Thirteen Lives both in Australia and on location in Thailand.

It was exactly three months ago that the documentary The Bee Gees: How Can You Mend a Broken Heart (Certified Fresh at 96%) debuted on HBO and HBO Max, which was about a year after we first heard about Paramount Pictures planning a Bee Gees biopic. The project is definitely still on, as this week, the studio hired Kenneth Branagh (Thor, Hamlet, Henry V) to direct the film. Branagh is currently finishing up his remake of Agatha Christie’s Death on the Nile (9/17/2021) after also directing and starring in Murder on the Orient Express (Fresh at 60%). The project, which doesn’t yet have a title, is currently being written by British TV writer Ben Elton, who also recently adapted Branagh’s Shakespeare drama All is True (Fresh at 71%). Paramount Pictures has not yet announced any casting for the four Brothers Gibb, but one has to figure the actors will probably be either Australian or British (the Gibb brothers were born in England but grew up in Australia before moving back to England again).

9. TREVOR NOAH TO REMAKE THE RELATIVELY OBSCURE THE PRESIDENT’S ANALYST

There are many different perspectives on what sorts of movies should ever be remade or rebooted. One argument is that rather than remaking extremely famous movies, there is more of an upside to remaking films that are relatively forgotten now, since there are fewer fans to be upset by the latest version. This writer has a feeling Daily Show host Trevor Noah subscribes to that philosophy, because for one of his first major feature film projects (in addition to a separate project based on his own life), Trevor Noah has picked the 1967 James Coburn film The Presient’s Analyst (Fresh at 77%). Noah is producing the remake for Paramount Pictures with the option of possibly also starring. Noah and Paramount have hired Pat Cunnane, who served as Deputy Director of Messaging for Present Barack Obama, to adapt the remake’s screenplay, which undoubtedly will need to be heavily updated to reflect the changes in national politics since 1967.