Spider-Verse 2 Is Officially Scheduled for 2022, And More Movie News

This week’s Ketchup brings you another 10 headlines from the world of film development news (the stories about what movies Hollywood is working on for you next), covering new roles for Lady Gaga, Oscar Isaac, Rachel Weisz, and Benedict Cumberbatch. 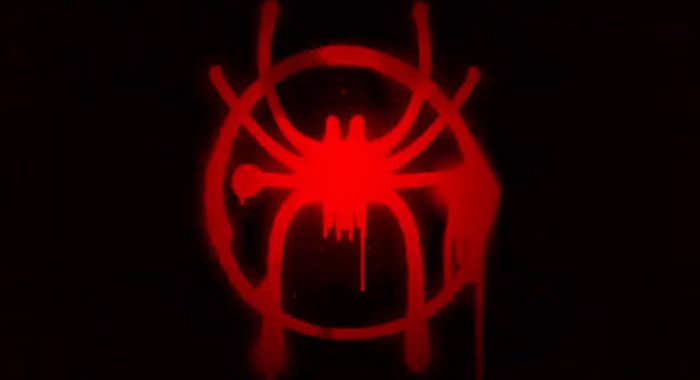 Marvel Studios put on a big panel at San Diego Comic-Con this past summer about their Phase 4, but the dates were only specific to 2020 and 2021. Since then, Marvel has also announced a release date of May 6, 2022 for Black Panther 2, but today’s late-breaking news is painting an image of 2022 that promises an ambitious slate comparable to that of 2019. Sony Pictures has confirmed plans for a second animated movie starring the Miles Morales version of the web-crawler as seen in last year’s Academy Award winning Spider-Man: Into the Spider-Verse. The Spider-Verse sequel is now scheduled for April 8, 2022, just shy of a month before Black Panther 2 on May 6, 2022. Although they’re not yet dated, the other Marvel movies that could potentially be scheduled for 2022 are the Blade reboot starring Mahershala Ali and the Fantastic Four movie mentioned at San Diego Comic-Con, which would finally bring Stan Lee’s original Marvel super team into the Marvel Cinematic Universe. On top of that, today’s announcement that director Peyton Reed is returning for Ant-Man 3 could mean that movie is also a candidate to appear on Marvel’s slate for 2022. As for what we might see in Spider-Verse 2, the final scenes of the first movie did hint at both Spider-Man 2099 and the finger-pointing Spider-Man ’67.

A week full of Game of Thrones news actually got started with movie news tangentially related to HBO’s hit series. One of the biggest stories of 2018 had been the announcement in February of that Game of Thrones showrunners David Benioff and D.B. Weiss were developing a new trilogy of Star Wars movies (at the time thought to possibly be in the Knights of the Old Republic video game setting). The announcement was warmly received by fans, but that was also over a year before those fans (and critics) actually saw the final season of Game of Thrones. Citing an interest in focusing on their new deal with Netflix, Benioff and Weiss this week departed their planned Star Wars trilogy. Many writers are interpreting their departure as fitting a Lucasfilm narrative that also included the previous departures from other Star Wars projects by Josh Trank (Boba Fett: A Star Wars Story), Colin Trevorrow (Star Wars Episode IX), and the team of Phil Lord and Chris Miller (Solo: A Star Wars Story). One thing we also heard this week is that Benioff and Weiss’ trilogy may have pre-dated Knights of the Old Republic entirely, instead telling the origin stories for Jedi Knights themselves. Lucasfilm and Walt Disney Pictures reportedly are still planning on releasing a Star Wars movie in December of 2022 but it’s not yet known what it will be.

Very often, after movies like last year’s A Star is Born attains the level of that film’s box office and critical acclaim, the film’s perceived “breakout star” tends to land a new movie (if not several) fairly quickly. That said, we didn’t hear about a new movie for Lady Gaga until this week, as she is now attached to star in an untitled film to be directed by Ridley Scott (Gladiator, Blade Runner, Alien) about the 1995 assassination of Maurizio Gucci, the grandson of fashion icon Guccio Gucci. Lady Gaga will star as Patrizia Reggiani, the ex-wife of Maurizio Gucci who in 1998 was convicted of conspiring in his murder. Ridley Scott’s wife Giannina Facio Scott is producing the film, which will be adapted from the book, The House of Gucci: A Sensational Story of Murder, Madness, Glamour, and Greed. Scott’s next film is still expected to be The Last Duel, a historical drama starring Matt Damon, Adam Driver, and Ben Affleck.

After last year’s Queen musical biopic Bohemian Rhapsody tremendously overperformed with a global box office total of over $900 million, Hollywood went all-in on musical biopics. Producer Graham King, who was one of those behind Bohemian Rhapsody, is now teaming up with Paramount Pictures to develop a similar film about the careers and lives of brothers Barry, Robin, and Maurice Gibb, also known as the Bee Gees. The involvement of Paramount Pictures is especially of interest here because Paramount was the studio behind the 1977 film Saturday Night Fever, the disco-era movie that featured some of the Bee Gees’ biggest hits. Paramount has purchased the life rights to the entire Gibb family estate (presumably including fourth brother Andy Gibb), and will be able to use all of their classic songs in the film.

4. OSCAR ISAAC TO STAR IN PAUL SCHRADER’S LATEST AS THE CARD COUNTER

Following a few films that were not so well received, director (and Taxi Driver screenwriter) Paul Schrader arguably had something of a comeback hit last year with First Reformed, the critically acclaimed religious drama starring Ethan Hawke. Next up, Schrader will be teaming up with Oscar Isaac for a gambling drama called The Card Counter, in which Isaac will play a professional gambler who attempts to “reform a young man seeking revenge on a mutual enemy from their past.” Isaac wasn’t the only Star Wars: The Last Jedi star to get a new role this week, though, as Kelly Marie Tran (“Rose”) also joined the voice cast of The Croods 2 (12/23/2020) as the third new star in the sequel after the previously announced Peter Dinklage and Leslie Mann.

The world is still waiting on any indication that we will ever get a Hamilton movie, but its creator Lin-Manuel Miranda is definitely staying busy with other projects. The long-in-development movie version of Miranda’s musical play In the Heights is coming out next summer (6/26/2020), and Miranda is also co-starring in HBO’s His Dark Materials soon. Amidst all of these projects and developments, one landmark that Lin-Manuel Miranda has not yet had is his own directorial debut, but that’s going to happen soon with a high profile Netflix project based on the Off-Broadway play tick, tick… BOOM! The autobiographical play was written by Jonathan Larson, the creator of the Pulitzer Prize-winning play Rent. The lead role will be portrayed by Andrew Garfield, who, despite starring in a number of acclaimed projects from The Social Network to Martin Scorsese’s Silence, is probably still best known as the star of the two Amazing Spider-Man movies that came out between Tobey Maguire’s and Tom Holland’s stints as the character.

The American Film Market is about to start in Santa Monica this coming Wednesday, which means that we’re starting to hear about new star-driven movies that will be sold to the various movers and shakers at AFM. One such project, co-produced by the BBC, is a drama called Prisoner 760, which will star French actor Tahar Rahim as Mohamedou Oul Slahi, a Mauritanian who found himself detained at Guantánamo Bay for over 14 years. Rahim will be supported in Prisoner 760 by Benedict Cumberbatch (as a military prosecutor), and both Jodie Foster and Shailene Woodley as his defense legal team. Prisoner 760 will be directed by Kevin MacDonald, who won an Academy Award for the documentary One Day in September, and who was also BAFTA-nominated for Touching the Void, The Last King of Scotland, and the documentary Marley.

Speaking of Marley,, which was a biographical documentary about the famed reggae star, we learned this week that there will be a new musical also called Marley (although the similarities almost certainly end right there). Instead, this Marley will be a new interpretation of Charles Dickens’ A Christmas Carol by Walt Disney Pictures with a new focus on Ebenezer Scrooge’s deceased business partner Jacob Marley. It’s not yet known if that means we’ll be getting a prequel when Marley was still alive, or if this will maybe be a musical set in the afterlife, like say, Beetlejuice (although the latter does seem more likely, based on reports this week). Marley will continue the relationship between Walt Disney Pictures and director Bill Condon, whose 2017 live-action remake of Beauty and the Beast earned over $1.263 billion worldwide for the studio (making it the #2 movie of 2017, just after Star Wars: The Last Jedi).

8. RACHEL WEISZ TO STAR AS ELIZABETH TAYLOR IN A SPECIAL RELATIONSHIP

Unlike many other actresses of her stature, Rachel Weisz has for the most part in her career avoided portraying “famous people” (unlike, say, Cate Blanchett, Nicole Kidman, Meryl Streep, etc.). That is about to change in a very big way, however, as Weisz is now signed to star as one of the most recognizable Hollywood movie stars ever — namely Elizabeth Taylor — in A Special Relationship. Not to be confused with 2010’s The Special Relationship (about Tony Blair and Bill Clinton), A Special Relationship will tell the true story of Elizabeth Taylor’s long friendship with her openly gay personal assistant, Roger Wall (that role hasn’t been cast yet). The choice of title is an interesting one, because at first glance, one might presume it refers to one of Taylor’s many famous marriages, but it doesn’t.

One of the hooks that has helped The Conjuring, its sequels, its spinoffs, and their sequels become a new horror cinematic universe is that all of their stories are somewhat rooted in the “real world,” being that paranormal investigators Ed and Lorraine Warren were themselves real people. In pursuit of the next big thing in similar horror stories based on true stories, Chad and Carey Hayes, who wrote The Conjuring and some of its sequels, are now developing a new “haunted house” horror franchise based on the events reported to have taken place at the LaLaurie Mansion in New Orleans, which has been closed off to the public since 1932. The origins of the spooky stories begin with real life 19th century serial killer Delphine LaLaurie, who inspired the character played by Kathy Bates in American Horror Story: Coven.