RT’s "Scary Movie 4" interview series continues with a sit-down with "Scary" veteran Regina Hall, whose oversexed character Brenda has made it through all four of the series installments and has gone from high school student to mature (kind of) news reporter.

Regina Hall earned a degree in journalism in 1997 — then promptly changed course to pursue a career in acting. She landed the role of killer-evading teen Brenda Meeks in 2000’s "Scary Movie," and along with Anna Faris has appeared in every "Scary" up until now.

Q: Why do you think [David] Zucker‘s comedy is so appealing?

Regina Hall: Well, first of all I don’t think there’s that many people who can do it. So you have to have someone who’s really clever, and there’s a certain amount of wit and smartness that [Zucker] has, and a kind of silliness. I think that because so many people can’t do it, it’s not done that often.

Zoltar and Brenda in "Scary Movie 4"

Q: How does working with Keenan Ivory Wayans on the first two "Scary Movies" compare with Zucker in "Scary 3" and "Scary 4?"

Hall: I think Keenan [Wayans] is also wonderful at spoofing, and I don’t think either is any less. I think they’re different, I think they’re tonally different. What Keenan, and Marlon and Shawn Wayans brought to the original "Scary Movie" is a testament, because that is the reason there are three more. They built that audience, they started the franchise.

They had a raunchier tone, and that’s not a bad thing, but it’s a specific thing. Keenan is also open about improvisation; David is a little more specific, because David loves physical comedy — timing, falling, getting hit, and responding to that — so he’s less outlandish and for him it’s in the dialogue.

If you look at "Scary Movie 3" and this fourth one, or his "Naked Gun" series, or "Airplane!," a lot of times you miss things the first time because there’s a lot in the dialogue, and there’s always things going on in the background that you may not notice the first time you watch it.

What David brought to the franchise is, perhaps, opened it up for people who maybe don’t do raunchy, and kids love it.

Q: Are you a numbers-watcher (in terms of box office openings)?

Hall: [I am] for "Scary Movie" specifically, because you’re not gonna get critical acclaim for this type of movie. We’re not doing "Capote." So it’s not something you can really read reviews for…in general, a lot of people don’t give comedies the best reviews anyways, so I don’t really read the reviews because it’s hard.

"Scary Movie 4" is a movie that’s done for performance, it’s a movie that you want to open big, you want it to do well, and you want a lot of people to come out and see it and laugh.

Anna and I won’t get our Oscars for this one, so we’ve got to get our numbers!

Q: How did you decide to trade journalism for acting?

Hall: I had gotten job offers. My professors at NYU were absolutely appalled…I finished the program, I graduated, and the woman who headed the department felt I was talented and she was going to help me. And I said, I just want everyone to know, I’m going to become an actress. And I’m going to go and study acting, and this has been great and I love it but…and I remember there was a deafening silence because they were like, "Oh my God I thought she was smart!"

Q: What were your favorite scenes in "Scary 4?"

Hall: I loved the Leslie Nielson scene with him giving the address to the "un," and I loved the scene where Anna is describing silently…

I’m still in shock that I [as Brenda] was so turned on by the torture paraphernalia; I’m concerned about Brenda. 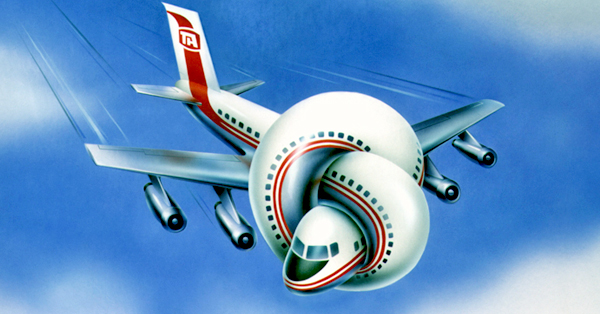