Faced with "Volver" performing well (again) and "Babel"’s expansion into wide release (big time), "The Queen" lost a bit of box office momentum last weekend with the indie crowd. Read on for more of the latest indie/art-house news.

Cinemagoers uninterested in big-budget Santa, animated rats, or the "Borat" phenomenon had a few artsy top-performers to choose from over the weekend.

Brit prestige pic "The Queen," in its seventh successful week of release, had been reigning supreme with indie audiences and steadily adding playdates to the tune of 484 last week; but with continued competition from Pedro Almodovar‘s "Volver," and the distraction of the international ensemble pic "Babel" blowing up into wide release, Stephen Frears‘ highly lauded film dropped 6.7 percent from the previous week, raking in $2.7M with an average of $5,372 per screen. The Helen Mirren vehicle, currently at 98 percent on the Tomatometer, is still garnering talk of Oscar nominations.

Meanwhile, the Spanish import that challenged "The Queen" last week continued to post phenomenal numbers in super-limited engagement: still playing in only 5 theaters nationwide, "Volver" averaged $33,800 per screen for a weekend total of $169K in its second week of release. Even with the 14.4 percent drop from its first weekend, that’s incredible. Speculation of a Best Actress nod for starlet Penelope Cruz also remains whisperings, though that too has thinned out a bit since the film’s astounding opening take.

Perhaps these minor drops in the box office can be partially attributed to "Babel," Alejandro Gonzalez Innaritu‘s multi-continent drama starring A-listers Brad Pitt and Cate Blanchett. After kicking around in limited release the previous two weeks (and doing a decent $1.4M up til then), the Paramount Vantage flick went wide last weekend. The expansion into 1251 theaters reaped $5.6M in returns (a 505% increase) for a cumulative $7.4M; seems those restrained, review-quoting ads did the trick and nabbed viewers that might have otherwise flocked to "The Queen," "Volver," or other critically acclaimed, awards-baiting anti-blockbusters. "Babel" is currently the number four pick in the Gurus O’Gold Oscar polls for Best Picture over at Movie City News.

ELSEWHERE IN INDIE NEWS THIS WEEK:

Arquette’s "Tripper" To Be Released Next Year

David Arquette in the Sundance entry, "The Darwin Awards"

With Freestyle Releasing, After Dark (itself formed to distribute the haunting pic, "An American Haunting") will screen "The Tripper" in limited release in early 2007.

If you like your cinema freaky and foreign, you’re in luck. Tartan Films has acquired the Hungarian film, "Taxidermia," a grotesque fantasy about three generations of twisted men and their obsessions. After making the rounds of international film festivals, the tale of a love hungry grandfather, his obese speed-eating son, and his taxidermist grandson should hit specialty theaters in April.

Magnolia Picks Up "Maxed Out" 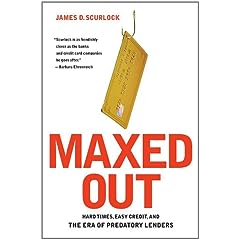 Up to your neck in piles and piles of credit card debt? So were the people in the acclaimed documentary "Maxed Out," which will likely be jointly released by Magnolia Pictures and Netflix’s distribution wing, Red Envelope. The film, which debuted to praise at this year’s SXSW, tells the stories of people lured in and bankrupted by credit card debt and the companies involved. "Maxed Out" has a Tomatometer of 100 percent with five reviews.

Weinsteins to Serve Up Wong Kar-Wai’s "My Blueberry Nights"

Fans of director Wong Kar-Wai ("In the Mood for Love," "2046") were happy to learn that the auteur would be making his first English-language film, "My Blueberry Nights;" now they can mark their calendars for June 2007, courtesy of the Weinstein Co. Harvey Weinstein and Wong crossed paths when distributing 1994’s "Chungking Express," and the studio’s sure to help "My Blueberry Nights" maximize the star wattage of its cast, with performances by Jude Law, Natalie Portman, David Strathairn, Rachel Weisz, Tim Roth, and first-time actress Norah Jones. Jones stars as a woman on a road-trip in search of love, who meets a bevy of characters along the way.

The Weather Report and Guerilla Awards Campaigning; All in a Day’s Work for David Lynch

Director David Lynch has always seemed like a do-it-yourself kind of guy (have you watched his daily weather reports??) but last week he took on the task of launching a Best Actress Oscar campaign for the star of his upcoming film, "Inland Empire." How would the man behind such twisted, eccentric works as "Eraserhead," "Twin Peaks," and "Mulholland Drive" carry out such an endeavor? By setting up shop on a streetcorner in Hollywood with a giant "For Your Consideration" sign, a picture of said star Laura Dern, and a live dairy cow. Lynch’s self-distributed pic, an identity-blurring Hollywood mystery, will get a limited release December 15. Take that, big-studio marketing departments!

And in case you missed it, Lynch’s faithful and sensible report on today’s weather: "Here in LA, some blue but a lotta clouds…pale sunshine, a good steady breeze; 63 degrees Fahrenheit, 17 Celsius."