Animated shows are the some of the best of what's on TV now — and there's more to come!

Are we living in the golden age of the animated comedy series? Sure, series like The Flintstones and The Jetsons got the TV trend started, but back then there were only three networks. Now that there’s Disney Channel, FX, Cartoon Network/Adult Swim, and streaming services in the mix — there’s more TV animation than ever.

Rotten Tomatoes took a look at the ratings, reviews, and cultural impact of today’s crop of animated shows to figure out why animation is so hot in 2017. Here are nine signs we are, in fact, living through a golden age of animated TV comedy.

Up 81 percent in viewership from season 2, season 3’s Rick and Morty finale had 1.5 million viewers between 18-49. Those are Modern Family numbers, and let’s face it, the only demographic advertisers care about. Big Bang Theory scores higher, but Big Bang didn’t have fast-food customers rioting.

Proof of the show’s reach: McDonald’s tried to hijack those Rick and Morty fans by bringing back the 1998 limited-edition Mulan Szechuan dipping sauce that Rick mentions in the season 3 premiere. But even the burger joint that serves billions and billions underestimated the demand of Rick and Morty fans. The Szechuan promo was a bust as locations ran out of sauce quickly or never got the sauce at all, turning unhappy customers away with the same old barbecue or honey mustard. McDonald’s has since promised to make more of the sauce to meet demand. 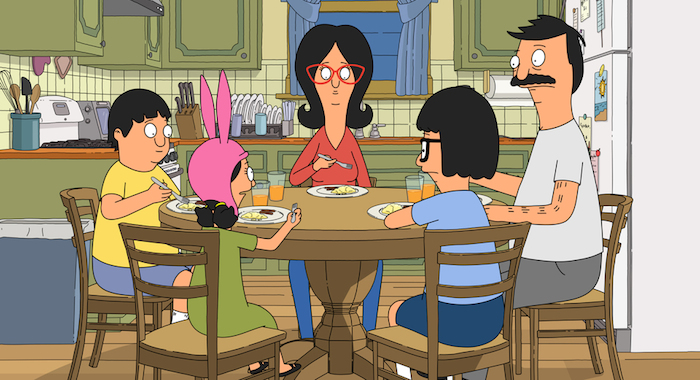 The Simpsons have already made it to the big screen, and now another show from Fox’s Sunday night “Animation Domination” programming block is poised to dominate the box office. Now in its eighth season, Bob’s Burgers has a movie due in 2020, which all but guarantees the show will make it to season 10 or 11. The Simpsons made its movie around its 18th season, so Bob’s is on the fast track to catch up to the legendary series. Animation takes a long time — an average of nine months for a single episode — so three years for a movie sounds about right. Creator Loren Bouchard knows he’s got a lot to live up to.

“We’re thrilled to be invited to bring Bob’s Burgers to the big screen,” Bouchard said in a statement announcing the news. “We know the movie has to scratch every itch the fans of the show have ever had, but it also has to work for all the good people who’ve never seen the show. We also know it has to fill every inch of the screen with the colors and the sounds and the ever so slightly greasy texture of the world of Bob’s – but most of all it has to take our characters on an epic adventure. In other words, it has to be the best movie ever made. But no pressure, right?!” 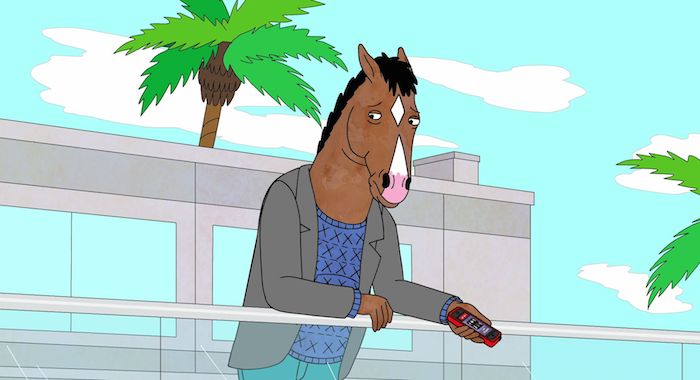 Netflix’s animated series Bojack Horseman may be the most acclaimed of the bunch with an average of 89 percent, and seasons 2 and 3 have perfect 100 percent scores. Whatever its ratings are, however, Netflix will never tell.

Bojack is about animal movie stars in a fictionalized, satirical “Hollwyoo,” but those animals have deep feelings. Take, for example, season 4 episode “Time’s Arrow,” which explores Bojack’s (Will Arnett) mother’s (Wendy Malick) dementia-plagued memories of her old caretaker Henrietta, an Inception-like patchwork of heartbreaking levels. Add in other out-of-the-box episodes like “Fish Out of Water,” which was essentially a silent comedy underwater, Bojack has earned the acclaim. 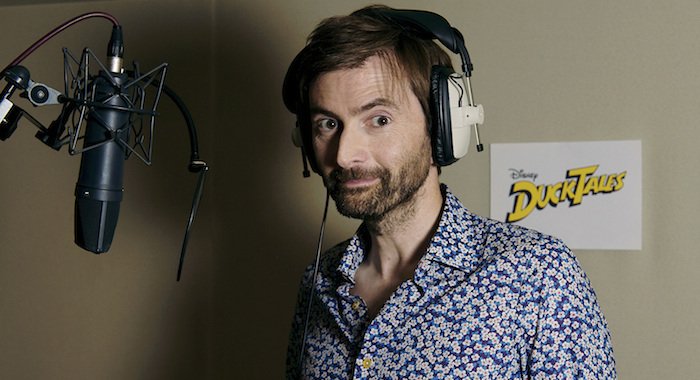 The trend of big movie stars migrating to television is nothing new. Kiefer Sutherland, Kyra Sedgwick, Glenn Close, Jessica Lange, Kevin Bacon, Claire Danes and more have found juicier roles on shows than in movies (although most kept taking movie roles during hiatus). Previously, shows such as The Simpsons would lure A-listers like Mel Gibson or Meryl Streep to do guest voices, but now the big stars have begun playing lead roles on animated shows as well.

If those names look familiar, that’s because they’re some of the most famous voices around.

5. DUCKTALES IS AS WELL-REVIEWED AS IT IS POPULAR 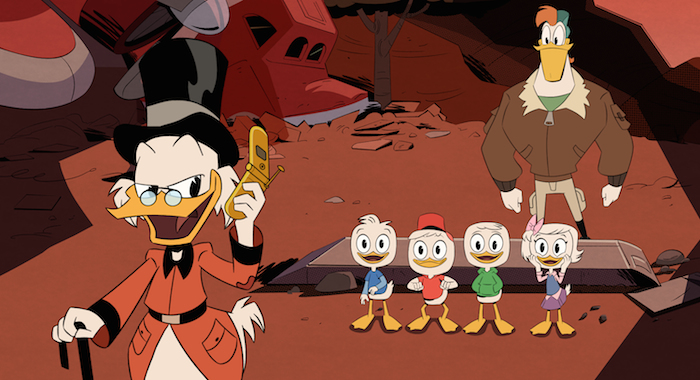 Kids in the ’80s came home from school and watched DuckTales, which sent Donald Duck’s nephews, Huey, Dewey and Louie, on weekly adventures with their Uncle Scrooge, turning them into a trio of avian Indiana Joneses. It doesn’t take a Launchpad McQuack to figure out that bringing back DuckTales would have both 2017’s kids and the adults who grew up with DuckTales watching it again.

What Disney might not have counted on was the critical acclaim. DuckTales has a 100% Tomatometer score on reviews from critics at Indiewire, Screenrant, Nerdist, Cinemablend, and Den of Geek. All agree the new Disney XD version captures the spirit of the original with new animation and humor befitting 2017.

It’s easy to say grown-up shows like Bojack Horseman and Rick and Morty signal a new golden age of animation, but the fact that shows for children are just as beloved seals the deal. Disney’s Gravity Falls Cartoon Network’s Adventure Time have captivated grown-ups as well as their target audience. Even Rolling Stone weighed in on Adventure Time — and let’s not get started on the Bronies. 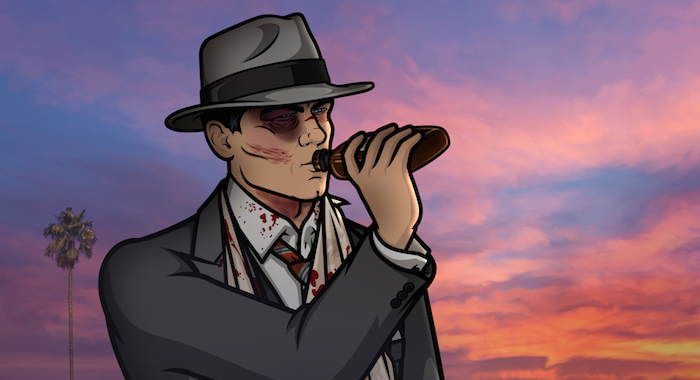 FX’s nighttime comedy Archer is also critically acclaimed. For any show, running eight seasons is a major accomplishment. Even better? If five of those eight seasons score 100% on the Tomatometer. Even the not-quite-perfect seasons only bring the average down to 96 percent.

Archer is a grown-up spoof of secret agent and spy movies, with ladies’ man Sterling Archer (H. Jon Benjamin) leading a dysfunctional team of agents on adventures. Creator Adam Reed has even taken Archer into other genres, like the fifth season Miami Vice homage Archer Vice and the most recent film noir detective season Archer Dreamland.

8. THE SIMPSONS IS ABOUT TO BE THE LONGEST RUNNING SHOW… EVER 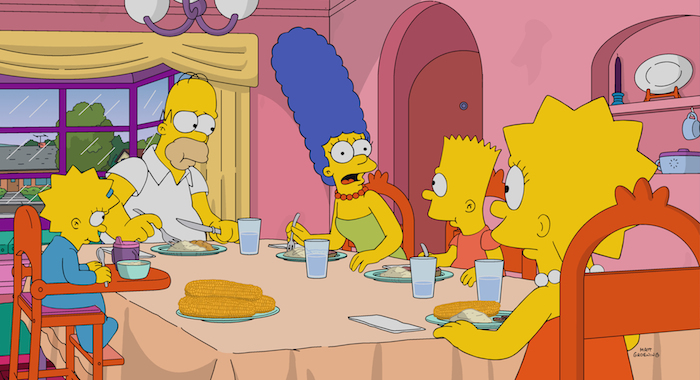 In season 13, there was a joke at the end of a Simpsons clip show, “Gump Roast.” The song “They’ll Never Stop The Simpsons” promised “have no fear, we’ve got stories for years.” How true that promise was: season 29 just premiered, and Fox has renewed the show through season 30. Three decades already means The Simpsons has been on the air longer than any scripted show (only talk shows and news programs have lasted longer).

The Simpsons has another milestone in sight this year: beating Gunsmoke‘s record for the most produced episodes of scripted TV. Though Gunsmoke ran 20 years, TV seasons were longer then and produced 635 episodes total. Season 29 of The Simpsons will take the show past 636 episodes.

9. AND THERE’S MORE TO COME

Animation is so hot, in fact, that it’s invaded — and, in some cases, replaced — live-action series.

The CW Seed series Constantine turns NBC’s live-action version of the comic book character John Constantine (Matt Ryan) into an animated hero who smokes all he wants and faces demons of all different shapes and sizes. Read Ryan’s interview with Rotten Tomatoes here.