Plus, Monster Trucks, Live By Night, and The Bye Bye Man are mediocre, and Sleepless wasn't screened for critics.

This weekend at the movies, we have a real-life terrorist attack dramatized (Patriots Day, starring Mark Wahlberg and J.K. Simmons), monsters and trucks (Monster Trucks, starring Lucas Till and Jane Levy), a Prohibition rum-runner (Live by Night, starring Ben Affleck and Elle Fanning), pure evil (The Bye Bye Man, starring Douglas Smith and Lucien Laviscount), Jesuits in Japan (Silence, starring Andrew Garfield and Adam Driver), and some bad cops in trouble (Sleepless, starring Jamie Foxx and Michelle Monaghan). What do the critics have to say? 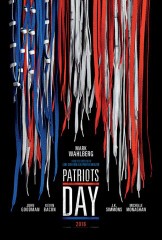 Mark Wahlberg loves himself a thriller based on actual events, especially if director Peter Berg is along for the ride. With this weekend’s Patriots Day, the duo cap a trilogy of action movies ripped from the headlines, following Lone Survivor and Deepwater Horizon — and given that this outing dramatizes the events of the 2013 Boston Marathon bombing in Wahlberg’s hometown, expectations were high for a particularly powerful film. While critics admit Patriots Day has its flaws — and a number of scribes have their issues with turning real-life tragedy into entertainment so soon — the consensus says the end result is still a fast-paced drama that manages to be respectful (and largely accurate) while keeping you glued to your seat. 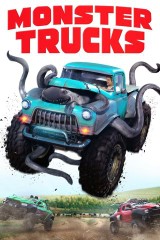 Countless times over the years, we’ve seen studios take what seems like a crass concept and turn it into a perfectly entertaining picture, so there was reason to believe that Monster Trucks — hatched from a four-year-old’s idea about trucks overtaken by, y’know, monsters — might actually turn out okay. Sadly, that isn’t the case: critics say this is one family-friendly outing that’s just as dunderheaded as its title would suggest, with thinly conceived characters deployed at the mercy of flashy but ultimately insufficient CGI. If you really want to see a monster at the wheel of a truck, go grab a ticket; otherwise (ahem), steer clear. 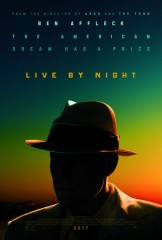 Ben Affleck’s taken his lumps as an actor over the years, but he’s proven himself a pretty capable director, as his Best Picture Oscar for Argo can attest. On paper, it looked like Live by Night was just the thing to soothe the recent critical barbs from Batman v Superman: Dawn of Justice — not only was Affleck directing himself, he was working from a novel by Dennis Lehane, the same bestselling author who wrote the Affleck-adapted Gone Baby Gone. Unfortunately, the reality is far less compelling: critics say this Prohibition-set gangster drama, about a police chief’s son falling into a life of crime, is nowhere near as narratively hefty as its epic scope would suggest. Although it demonstrates some visual growth from Affleck as a director, he could have been tougher on himself as a leading man — and he really let himself down as a screenwriter. 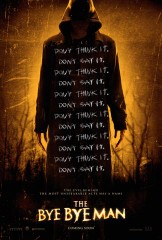 January has a reputation as a dumping ground for Hollywood’s dregs, which isn’t always entirely deserved; why, just this week, we have a couple of Certified Fresh movies entering wide release. But when you see a horror movie on the calendar this time of year, you can pretty much guess it won’t be a critical winner — and such is unfortunately the case with The Bye Bye Man, which imagines the bloody campaign of terror wrought by a nefarious being capable of controlling the actions of anyone who so much as thinks his name. Critics say it’s all fairly derivative stuff, and in spite of a talented cast (including Faye Dunaway and Doug Jones), it adds up to considerably less than the sum of its parts. 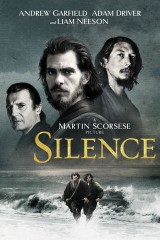 For film buffs, every Martin Scorsese movie is an event, but even in the context of this great director’s distinguished filmography, Silence is something special. An adaptation of Shūsaku Endō’s 1966 novel about the perilous journey taken by Jesuit priests to 17th century Japan in order to find a missing member of the order, it’s been a passion project of Scorsese’s for decades, and it comes to the screen boasting a talented cast that includes Liam Neeson, Adam Driver, and Andrew Garfield — as well as a hefty 161-minute running time. Fortunately, critics say the end result is worth the wait in both senses: reviews describe a thought-provoking, emotionally absorbing work that probes worthy themes with grace and intelligence, and rewards the patient filmgoer with enough payoff to justify the investment. 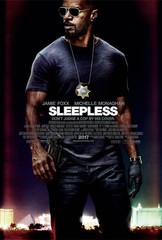 Finally, we have Sleepless, starring Jamie Foxx and T.I. as a pair of crooked cops whose livelihood — and one of their sons — is threatened when they’re caught pilfering a druglord’s stash. Unfortunately, we can’t tell you more because it wasn’t screened for critics, so you know what that means: time to play Guess the Tomatometer!

Enjoyably dark, A Series of Unfortunate Events matches the source material’s narrative as well as its tone, leaving viewers with a wonderfully weird, dry, gothic comedy.

After a sluggish start, Taboo takes hold as a mysterious, dark, and often brutal period drama with plenty of promise as a series — most notably evident in Tom Hardy‘s exceptionally watchable performance.