Plus, The Walk, The Affair, Homeland, and The Leftovers are all Certified Fresh.

This week at the movies, we’ve got a high-flying orphan (Pan, starring Levi Miller and Hugh Jackman) and a high-wire daredevil (The Walk, starring Joseph Gordon-Levitt and Charlotte Le Bon). What do the critics have to say? 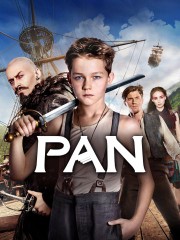 Do we really need to know the origin story of every iconic fictional character? The trouble with Pan, critics say, is not simply its narrative incoherence and excessive special effects, but its inability to get at the heart of its familiar hero. In this telling, Peter Pan (Levi Miller) is snatched from a London orphanage by a floating pirate ship bound for Neverland. There, Peter makes friends with such famous faces as Tiger Lily (Rooney Mara) and the future Captain Hook (Garrett Hedlund), and quickly runs afoul of the evil Blackbeard (Hugh Jackman). The pundits say Pan has a few moments of visual invention, but mostly, it’s a generic fantasy that fails to capture the mischievous spirit of its beloved protagonist. 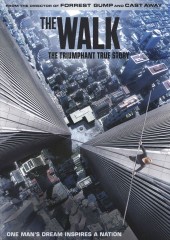 The unbelievable story of Philippe Petit, the French acrobat who devised a mad scheme to tightrope-walk between the towers of the World Trade Center, was already chronicled in the Oscar-winning documentary Man On Wire. However, critics say The Walk is a gripping, tense, visually astonishing fictional recreation of that bizarre incident that demonstrates director Robert Zemeckis‘ knack for dazzling imagery — even if it sometimes meanders when the story is on the ground.

With distinctive visuals and a terrific cast, The Flash remains one of the strongest comic book shows on television.

Reinvigorated storylines and an even stronger cast keep The Good Wife fresh in its seventh season — and away from the doldrums that overcome many long-running dramas.

The Affair shifts its emphasis in season two, moving psychological drama to the foreground and expanding the show’s central crime story to include two new points of view.

The Leftovers continues to be unpredictable and provocative in season two with its new location, though the inexplicable circumstances will still frustrate many viewers.

Homeland re-energizes itself in season five by setting up a twisty Berlin-set spy thriller that spotlights Carrie’s questionable ethics more than ever.