This Is Us Stars Tease Season 2, Jack's Death, Marriage, Babies, and Ron Howard 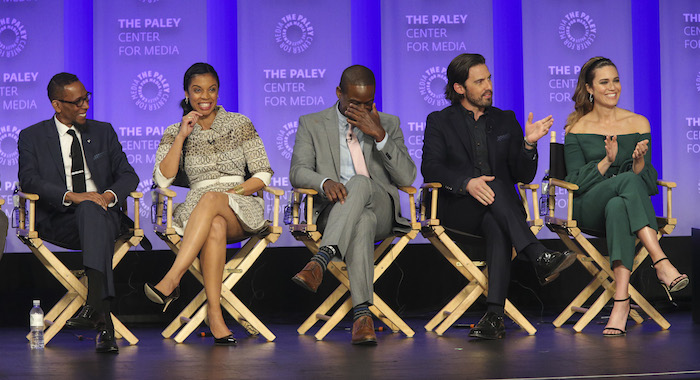 This Is Us just wrapped its first season, leaving fans heartbroken for Jack (Milo Ventimiglia) and Rebecca (Mandy Moore)’s separation and torn over Kevin (Justin Hartley)’s movie offer from Ron Howard that would take him away from his true love Sophie (Alexandra Breckenridge). Of course, the big question of the year was not answered: How did Jack die?

The cast of This Is Us stopped by PaleyFest on Saturday to discuss the lingering questions from season 1, and to tease what to expect when the biggest hit of the year returns this fall. Ventimiglia, Moore, Hartley, Chrissy Metz, Chris Sullivan, Sterling K. Brown, Susan Kelechi Watson, Ron Cephas Jones, Gerald McRaney, and Jon Huertas were there along with producers Glenn Ficarra and John Requa.

Rotten Tomatoes was at the panel, and also spoke with Metz, Hartley, Ventimiglia, Sullivan, and Watson on the red carpet beforehand. Here’s what they teased about what season two will hold for their characters. 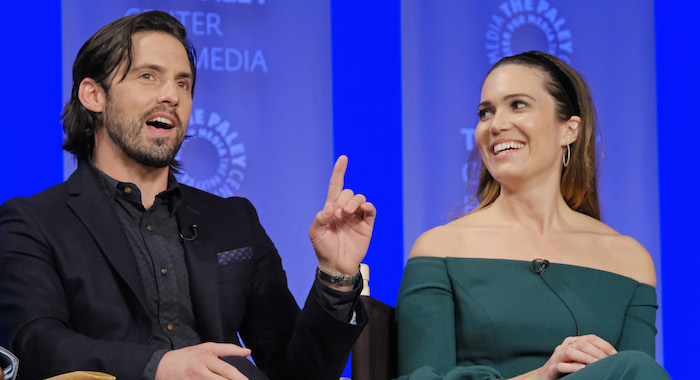 While the season finale did not reveal the circumstances of Jack’s death, it did establish a new kind of Jack: the very young, clean-shaven Jack from the time he met Rebecca. Though shaving for the final episode of the season was practical since Ventimiglia had already shot the rest of Jack’s scenes, the actors said that This Is Us could still revisit Jack’s youth.

“I had my own mustache but then when we jumped to the ‘90s, that was a goatee that got put on to make it full,” Ventimiglia told reporters. “When we jumped to bearded Jack, that was a beard and all that but it was still my mustache. Knowing that we have amazing hair and makeup departments, Zoe Hay and Michael Reitz that are out there that are helping us actors to transition those decades, then having a clean-shaven Jack is very likely to happen.”

While Jack and Rebecca split up in the finale, Ventimiglia assured fans that their separation was not an invitation for Miguel, Rebecca’s eventual second husband and Jack’s BFF, to move in.

“Jack and Miguel are the closest of friends,” Ventimiglia said. “I’m sure Miguel would be as heartbroken to know that Jack and Rebecca are going through a hard time. It doesn’t open doors or anything like that. I’m sure he’d be just as crushed knowing his best friend and his best friend’s wife, who he’s also friends with, are going through a hard time. It’s not an opening that he’s waiting for. Miguel’s an honorable guy. He’s Jack’s best friend. Miguel’s a good one. Miguel’s the best.”

On the panel, Ficarra said season two could show a new side to Jack. “We’ve gotten to see Jack from a certain perspective this season,” Ficarra said. “I think we might get him from another perspective in other characters more going forward.” 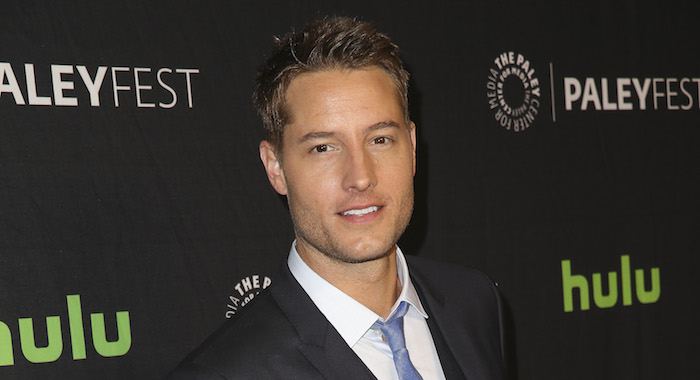 The season finale ended with Kevin getting a phone call from the real Ron Howard (playing a fictional version of himself), who happened to see his play and offered him a meeting on a new movie he was shooting. The problem is that the film would take the actor back to L.A., and he had just made up with ex-wife Sophie in New York.

“He definitely has a choice to make,” Hartley told reporters. “I think he’s taking a meeting and then whatever happens with that meeting, either way he’s going to have to make a choice.”

It’s really between Kevin’s career and his true love. A Ron Howard movie is a huge opportunity to be taken seriously, but he can’t feasibly ask Sophie to wait and visit her on weekends.

For the Ron Howard scene, Hartley actually stood off camera on the other end of the phone for Howard’s scenes. “I shot it with him,” Hartley said. “We shot my half and I came on a Saturday and shot his half.” 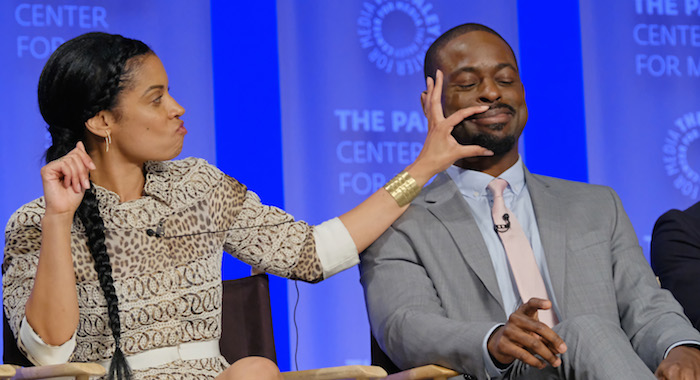 Sterling K. Brown flew back to L.A. from a movie set (The Predator or Black Panther, perhaps?) to be on the panel. Though he did not make the red carpet, on the panel he discussed Randall’s announcement to his wife Beth (Watson) that he wanted another child.

“It’s clearly the beginning of a conversation between a husband and wife,” Brown said. “It’s something that’s on his heart when he reflects back on the loss of William and being raised by Jack and Rebecca, recognizing what a true gift he had being raised as a Pearson, wanting to bring that full circle. He and Beth are just talking about it right now.” 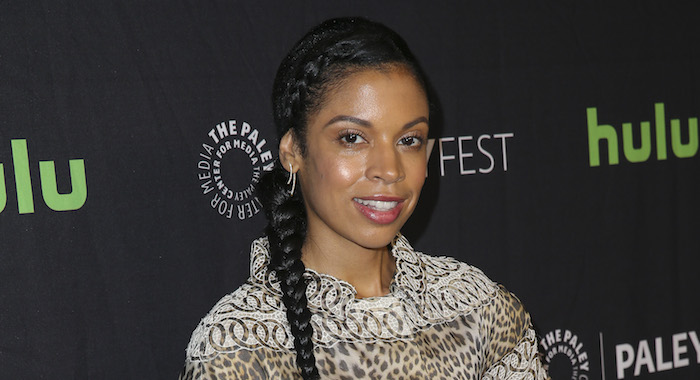 So, uh, your husband just asked about having another child. Wanna weigh in on that, Beth?

“I think he’s crazy, but that’s Susan speaking,” Watson joked on the red carpet. “We’ll see what Beth feels. It’s going to be a lot to discuss. Beth was ready to try to get back to a normal life as much as possible. It’s going to be a big discussion for next season. There are so many things to think about but I know that he’s really big on paying tribute to his biological father. She’s also very concerned about what life would be, having another child, adopting a child. It’s a big responsibility and a big thought to have.”

Beth only mentioned tidbits about her side of the family in season 1, but expect to learn more in season 2.

“We’ve heard about her family’s background in terms of her coming from a very large family, like 14 people,” Watson said. “Her family is Jamaican. Her father died of lung cancer. She sort of never wanted to have kids and get married. In terms of seeing her family, hearing about those stories more in depth, next season I know that we will hear more but we haven’t gotten into storylines yet.” 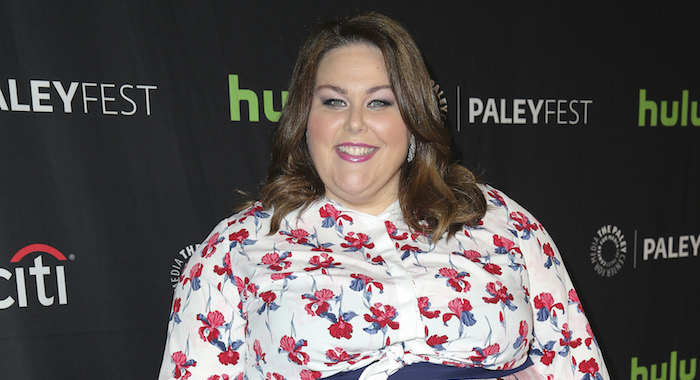 Kate and Toby’s relationship has survived ups and downs since they met in the series premiere, and they were sill together in the finale. Metz thinks the duo could get married next year.

Metz told reporters, “Who doesn’t want to see a really fun wedding between Toby and Kate?”

One of the couple’s biggest roadblocks is how guarded Kate has been surrounding her father’s death, and revealed to her fiancé in the penultimate episode that she feels responsible for Jack’s death. Many fans were fooled by the season finale teaser, which made it appear that Jack died in a drunk driving accident. “My sister was like, ‘I knew it. I knew he shouldn’t have driven,’” Metz said. “I’m like, ‘Just keep watching, boo.’”

While the season finale did not elaborate on any potential culpability Kate could have, the cast already knows how Jack died — so that makes it easier for Metz to understand Kate’s burden. “Sterling has said before that Jack passed away in the way that he lived his life and that’s such a beautiful thing,” Metz said. “You’ll find out what that really means when we do find out, but for now just enjoy the amazing stories and all the other through lines.”

On the panel, Metz addressed Kate’s new goal to become a singer, but did not know if she would simply sing in coffee shops or mount a full tour. She would love to sing with Moore, although Moore wears old age prosthetics in the present day scenes.

“I’ll flap those prosthetics in two seconds,” Moore joked on the panel. “I can’t really move my mouth too much, so they’ll have to find a creative way to shoot it, but anything to sing with you, Chrissy.” 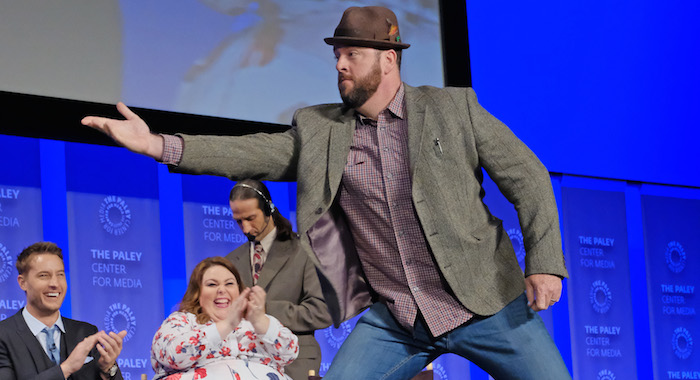 Sullivan is also pulling for a Kate and Toby wedding next season. “I hope so,” Sullivan told reporters. “Toby’s gotta get married to Kate so he can stay in the show, right guys? #seasonthree.”

But seriously, Sullivan feels Kate and Toby have reached the point in a relationship where things get serious. “I think the key to a strong foundation is honesty and vulnerability in a relationship so they’re well on their way,” he said. “They’ve gotten past all the fun romantic stuff. There’s no foundational equipment in that stuff. They’ve got to get down to the nitty gritty.

This Is Us returns this fall on NBC.