Off Her Head: Helena Bonham Carter on Alice

It’s the fifth-highest grossing film of all time internationally and the biggest hit of director Tim Burton’s career, and this week Alice in Wonderland arrives on DVD and Blu-ray — just in time to capitalise on the movie’s box-office momentum. To mark the release of the film here’s an interview with one of the stars, Helena Bonham Carter, who discusses her role as Underland’s shrieking Red Queen.

I got to act with lots of green people. They’re the unsung heroes, all the actors who won’t ever be seen or heard, frankly, because we had a legion of actors in green leotards reading for the other characters. And they’re brilliant. We couldn’t do it without them. You always have to have something to act with, otherwise, there’s a lot of looking at stray marks, tennis balls and things. Alice always was changing size, so it was always about looking up or down. It’s all about imagining, anyway, acting — they should just call it imagining instead of acting. But you just have to do a bit more of it on this one.

How did having a big head affect your performance?

One thing I couldn’t do was put my hand up to my face, which you do more than you realize, because then the hand would be inflated along with my head. But the big hazard was I lost my voice pretty much every day by ten o’clock, because she shouts a lot. “Off with his head! Off with her head!” It’s quite exhausting losing your temper all the time.

Was the makeup process a difficult one?

It’s basically a weird cartoon version of Elizabeth I, so they took my eyebrows away and gave me a high forehead. I had a bald cap that extends from the fold of my eyelids right across my head. And then, on top, I had this glorious red wig, and on top of it, a glorious crown. And I had lovely blue eye shadow, which is Tim, because he thinks that blue is sort of a bit trashy colour. She’s not a natural Queen. She’s somebody who really puts it all on, because she shouldn’t really be Queen at all. So blue eye make-up and painted eyebrows. There’s a bit of Toulouse Lautrec, too. Both Johnny and I have clown elements as well, white make-up. My lips are perfect, a bow mouth, a little heart. It’s a strong look. It takes about three hours. I’d get my head pasted down, my hair wrapped. Then, they’d wrap me in a cocoon, and I’d get to lie down and sleep while they painted me. When I wake up two hours later, I’m a really unattractive bald alien. Then they’d put my beauty make-up on, my eyebrows, my eye shadow and my lovely, big eyelashes — that was my idea — and my lips with a stencil. Then wig and crown.

Describe your costume and props.

I’m in a sort of Elizabethan costume, which is funny, because I remember playing Lady Jane Grey. It was my first part ever. And she was in Elizabethan costume. So, after 24 years, I got back into Elizabethan shape. I’ve got a scepter that I always carry around, just to remind everybody that I am Queen. And then, I’ve got the crown. I’ve got lovely pink spectacles, my idea, to play croquet with. I always drink with a straw, because my mouth is very, very tiny. I always have lots of props. I wanted an axe, but Tim said no. Too literal.

It’s always a surprise to see what he’s had in his head. He’s so private when it comes to his creativity. He doesn’t let on. There’s a superstitious silence around it, and he does a lot of unconscious marinating — he doesn’t want to talk about things, because it’ll stop his process. So I know now to give him a wide berth and I’ll never ask questions. And he will let me know the essentials. Sometimes, I feel very privileged, when he actually asks my opinion and wants to discuss things. He’s got an amazing emotional intuition about people and about what fits and what is needed. His taste is impeccable. His eye’s impeccable, too, and his sense of humor. It’s always intensely original.

Is it difficult to work with your significant other?

It’s always interesting, working with your boyfriend. Sweeney Todd was quite stressful, but there was a lot of pressure on us, and I’d never sung before. And he’d never done a musical. But Tim was very relaxed on Alice. I think maybe we’ve matured as people, or not. I don’t know. But it was definitely fun.

How do you balance family and filmmaking?

I think that it’s definitely made easier, because the job that we have is essentially child-like. We’re just pretending, you know? So my son Bill and I are on the same level, really. And Tim’s always been on that level, anyway. It makes it easy to explain to Billy why I can’t be with him. It is hard work, yeah, but it’s fine, because it’s a finite job. And you have to have understanding children.

What has been most rewarding about being in this movie?

Working with Tim and Johnny. It’s always fun to work with them. No, it’s a privilege. And also, Alice in Wonderland is one of my all-time favorites. To be a part of Wonderland, and playing Queen! The fact that we have our own daughter, too, it seems really serendipitous. It’s amazing. It’s also amazing, because Tim bought this house, not long ago, as a production office. And it’s Arthur Rackham’s house, and he did his own illustrated book of Alice in the early 1900s. So, 100 years later, for Tim Burton to be in the same house to re-imagine Alice, it’s kind of extraordinary. Rackham’s drawings are so part of Tim’s imagery, too. Rackham also illustrated Sleepy Hollow. So there’s been a creative connection across time, something weird and wonderful going on, so it all feels right. And when Tim asked me to be Queen, I was really touched, and I felt so privileged to be in that position. And it was a great part. I had this hilarious moment, reading the script and coming across my character description, something like “Queen, small, but has very large-size head.” So I loved being her. I miss being Queen.

Alice in Wonderland is released on Disney DVD and in a Blu-ray/DVD value pack, 1 July 2010. 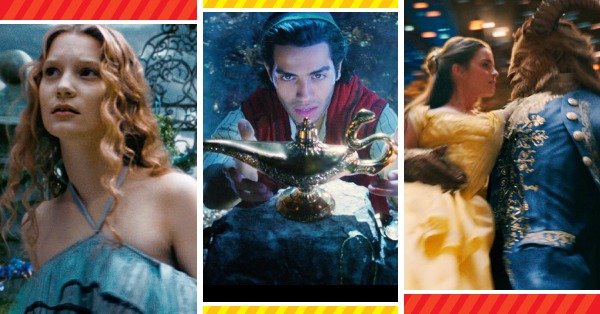 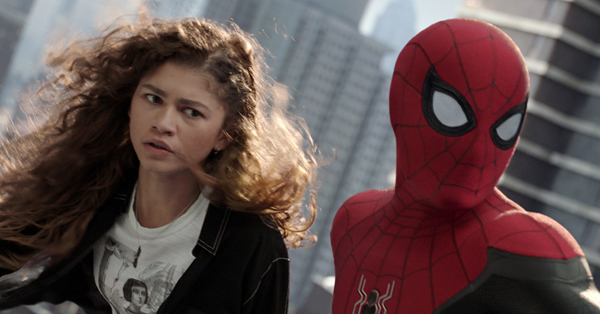 All 48 Billion-Dollar Movies, Ranked by Tomatometer