Quibi's Launch Lineup: Every Show and 'Movie in Chapters' Coming to the New Streaming Service

Quibi, the mobile-focused streaming service from Jeffrey Katzenberg and Meg Whitman, launches on Monday, April 6. Boasting what the service calls “movies in chapters,” unscripted/documentary series, and a lineup of “Daily Essentials,” Quibi takes aim at consumers who want on-the-go — or stay-at-home, as the case may be — entertainment on their phones.

Below, we take a look at some of Quibi’s series and movies from its first month, noting some of the top-shelf entertainers and creators like Liam Hemsworth and Christoph Waltz in action-thriller Most Dangerous Game, Sophie Turner in Survive, LeBron James in I Promise, Chrissy Teigen in Chrissy’s Court, Laurence Fishburne in #FreeRayshawn from executive producer Antoine Fuqua, Sam Raimi with his urban-legend series 50 States of Fright, Idris Elba and Ken Block in Elba v Block, Anna Kendrick in Dummy, music star Joe Jonas in travel series Cup of Joe, Reese Witherspoon narrating nature series Fierce Queens, and many more. Rotten Tomatoes even gets in on the action with our Fresh Daily show, with recommendations for the best television, streaming, and movies to watch every day.

As well as its “quick bites” approach – nothing on the service runs longer than 10 minutes – Quibi allows users to watch its programs in dual formats. You can watch shows vertical or horizontal for different viewing experiences, technology that has allowed some filmmakers to get super creative – in certain shows and films, one mode of viewing gives you a completely different take on the story or takes you into a different character’s perspective.

Read on to find out which titles are coming this month and get linked to more info, and visit Quibi.com to sign up for the service’s free 90-day trial. 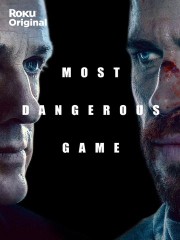 Description: Desperate to take care of his pregnant wife before a terminal illness can take his life, Dodge Tynes (Liam Hemsworth) accepts an offer to participate in a deadly game where he’s the prey. This dystopian action-thriller explores the limits of how far someone would go to fight for their life and their family. Let the games begin. 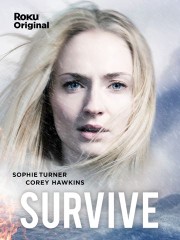 Description: Jane (Sophie Turner) wants to end it all. Then a plane crash almost ends it for her. Now she’s crawling from the wreckage with the only other survivor (Corey Hawkins) and a new drive to stay alive. Together they embark on a harrowing journey out of the wilderness, battling brutal conditions and personal traumas in this thrilling drama based on the critically acclaimed novel, Survive, by Alex Morel. 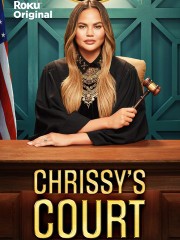 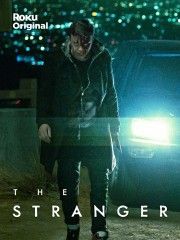 Description: An unassuming young rideshare driver is thrown into her worst nightmare when a mysterious Hollywood Hills passenger enters her car. Her terrifying, heart-stopping ride with the stranger unfolds over 12 hours as she navigates the seedy underbelly of Los Angeles in a chilling game of cat and mouse. 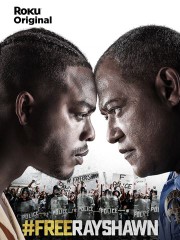 Description: #FreeRayshawn tells the story of a young, Black Iraq War veteran named Rayshawn (Stephan James) who is set up by New Orleans police on a drug deal, runs for his life, and takes refuge inside his apartment building with his girlfriend and child. With New Orleans PD and the SWAT team outside ready to storm his home, a social media frenzy begins as community members and news outlets arrive at the scene. During this growing mayhem, a sympathetic cop named Steven Poincy (Laurence Fishburne) plays the role of negotiator, and, over the course of one brutally stressful day, Steven tries to get Rayshawn to calmly surrender in order to avoid an escalation of unnecessary violence.