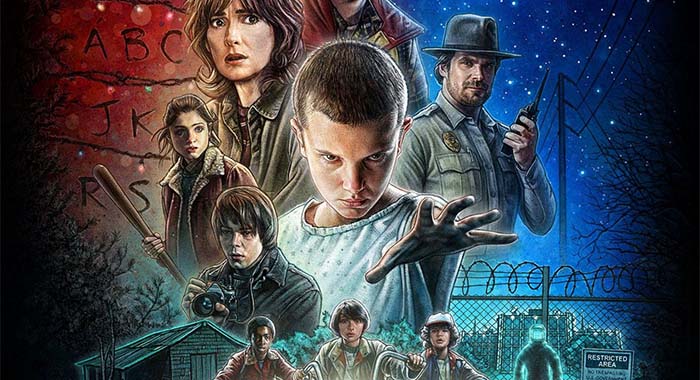 Call it the Gilmore Girls effect … or the Luke Cage effect … or The Crown effect … or the Stranger Things effect — take your pick of the more than 30 originals that dropped in 2016, but Netflix’s content gambles have paid off, with the streaming service scoring a record number of new subscriptions in the fourth quarter of 2016.

Netflix debuted its streaming service 10 years ago this week and added nearly 2 million U.S. subscribers in the fourth quarter; it now counts nearly 93.4 million subscribers worldwide and 49.4 million of those are in the U.S. And the home of House of Cards and The OA says it is only doubling down on content for 2017, with plans to spend more than $6 billion on content in 2017, up from $5 billion in 2016.

The best part? Favorite series like Unbreakable Kimmy Schmidt, Orange Is the New Black, and Master of None are readying for return in the second half of this year. Stranger Things also returns in 2017, and the series’ creators promise it’ll be bigger and darker than season 1. Noah Schnapp, who plays Will Byers, told Vanity Fair that season 2 starts with that slug.

FX on Thursday released the first teaser online for Ryan Murphy’s highly anticipated Feud: Bette and Joan, starring Jessica Lange and Susan Sarandon. Another teaser trailer aired on TV on Wednesday. The series premieres March 5. Sarah Paulson, Kathy Bates, Stanley Tucci, Catherine Zeta-Jones, Judy Davis, and Alfred Molina will also appear in the series about the legendary rivalry between Bette Davis and Joan Crawford, which climaxed on the the set of set of 1962 film What Ever Happened to Baby Jane? 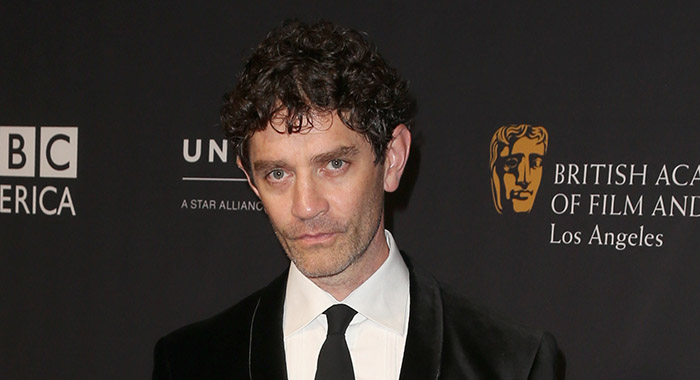 We’ll have to wait a little longer to meet the Star Trek: Discovery crew, as the series has been pushed back from its pushed-back May premiere date on CBS All Access. We’ll let you know what the new date is when it’s announced. In the meantime, some good Discovery news: Gotham and True Blood star James Frain has been cast as Spock’s father, joining Michelle Yeoh, Anthony Rapp, and Doug Jones in the new series. Frain’s character, Sarek, was played by Mark Lenard in the 1967 original series and films featuring the original series cast and played by Ben Cross in the 2009 film series reboot with Zachary Quinto as Spock.

Jerry Seinfeld’s Comedians in Cars Getting Coffee Heading to Netflix 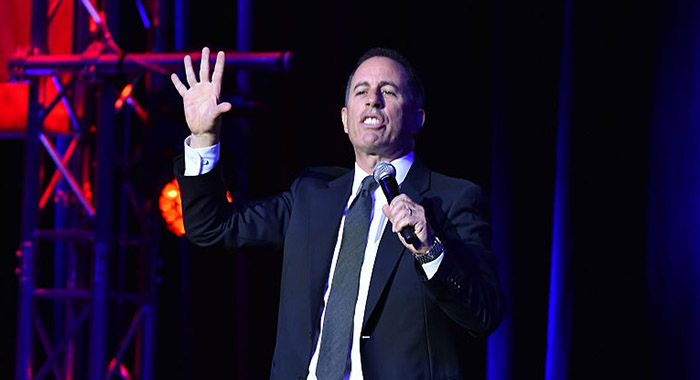 Making a sharp left turn (probably in a classic convertible), Jerry Seinfeld’s Comedians in Cars Getting Coffee is leaving its home at Crackle.com for Netflix in 2017. The streaming service will host the new series and old episodes as well as produce two new Seinfeld stand-up specials. As part of the deal, the comedian will also “help develop scripted and non-scripted comedy programming for Netflix,” the company announced this week.

“When I first started thinking about Comedians in Cars Getting Coffee, the entire Netflix business model consisted of mailing out DVDs in envelopes. I love that we are now joining together, both at very different points,” Seinfeld said.

Are More Game of Thrones Episodes in Store for Season 8? 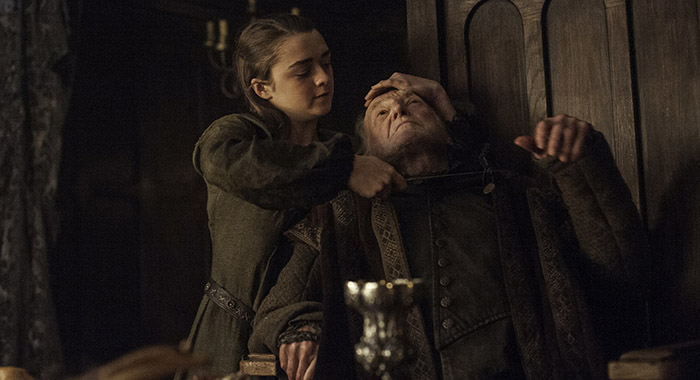 While we’re anxiously awaiting Game of Thrones season 7’s return with seven new episodes this summer, HBO’s head of programming let slip that maybe we’ll get a little more than the six promised episodes in the eighth and final season next year.

Referring to showrunners David Benioff and Dan Weiss, HBO programming president Casey Bloys told EW that the number of episodes they will do in 2018 hasn’t been finalized. “I’ll take as many as they want to do. If they give me eight, I’ll want 10. But it’s really up to them. They’ll let me know,” he said.

The Walking Dead Curbs the Gore, Ups the Salaries

The Walking Dead is no stranger to gore, but the season premiere maybe pushed it too far with its brutal whacking of characters Glenn and Abraham, prompting a backlash from viewers. And producers listened: Executive producer Gale Anne Hurd said this week that they made changes in the second half of the season to lighten things up.

In other Walking Dead news, Uproxx released a report on the comparatively low salaries of The Walking Dead actors. While major stars like Andrew Lincoln and Norman Reedus now pull in over $500,000 per episode, as recently as last season they were only earning about $90,000 an episode. By comparison, Jim Parsons and Kaley Cuoco pull in $1 million per episode on long-running CBS comedy The Big Bang Theory. And you wondered why Rick and Daryl were absent from entire episodes this season…

Good Omens on Deck for Amazon in 2018 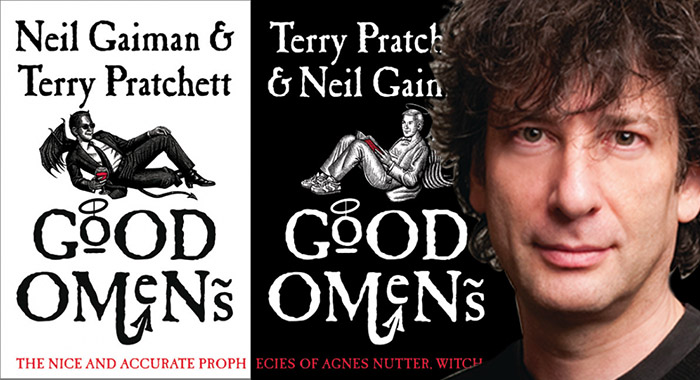 Neil Gaiman and Terry Pratchett’s acclaimed 1990 novel Good Omens is headed for Amazon Prime as a six-part series written entirely by Gaiman, who will also serve as showrunner. “Good Omens takes place in 2018 when the Apocalypse is near and Final Judgment is set to descend upon humanity. According to The Nice and Accurate Prophecies of Agnes Nutter Witch (the world’s only completely accurate book of prophecies), the world will end on a Saturday. Next Saturday, in fact. Just before dinner,” according to the release.

Miguel Ferrer, who starred in NCIS: Los Angeles and the early 2000s hit show Crossing Jordan, died Thursday of cancer. He was 61. Ferrer was the son of Rosemary Clooney and Oscar-winner José Ferrer and was George Clooney’s first cousin. Ferrer, who also played Bob Morton in 1987’s Robocop and FBI Agent Albert Rosenfeld in David Lynch’s Twin Peaks, was to reprise his role as Rosenfeld in the Twin Peaks revival, which debuts on Showtime May 21. 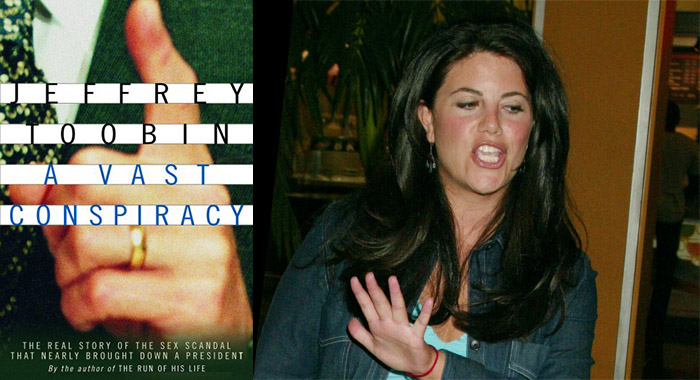 Ryan Murphy is moving from murder to sex scandal in a future iteration of American Crime Story. THR reports that Murphy has optioned Jeffrey Toobin’s book, A Vast Conspiracy: The Real Sex Scandal That Nearly Brought Down a President, to be adapted as part of the American Crime Story franchise. Toobin also authored The Run of His Life: The People vs. OJ Simpson, which Murphy successfully adapted into the Emmy-winning first season of American Crime Story. Previously announced stories that the anthology will focus include a season on the aftermath of Hurricane Katrina in 2018 and a season 3 look at the 1997 death of Gianni Versace.