🗣 WHY IS #CASTLEVANIANETFLIX ONLY 4 EPISODES. WTF MORE EPISODES NOWWWWWWWWWW!!!! pic.twitter.com/AnvuYauLUy 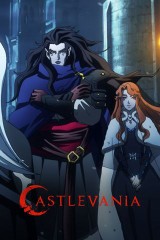