Critics say Disney's latest live-action remake is one of its best, a stirring update that offers top-notch action and a solid message.

Another Disney animated feature has been reimagined in live-action form: Mulan revisits the studio’s 1998 version of a Chinese legend about a young woman posing as a young man in order to join her nation’s war against invaders. The new movie, which is going straight to Disney+, is mostly worth seeing for its visuals alone, according to the first batch of reviews. Critics are mixed on whether it’s a great adaptation, let alone better than the original, and there are disagreements on the performances, but most reviews praise the cinematography, the martial arts choreography, and the direction from Niki Caro.

Here’s what critics are saying about Mulan:

Is this one of the better Disney remakes?

Mulan is the best of the live-action remakes so far.
– Kaitlyn Booth, Bleeding Cool

Easily one of Disney’s best live-action adaptations of their own animated catalog that unquestionably justifies its existence.
– Rodrigo Perez, The Playlist

It’s easily one of their most accomplished and affecting efforts to date.
– Rob Hunter, Film School Rejects

Does it improve on the original?

Unlike so many of these “re-imaginings” from Disney, nearly every aspect of this live-action rendition is an enhancement from its predecessor.
– Don Shanahan, 25YL

I’ll admit I like this version of Mulan more than the cartoon one. There’s no silly talking animal sidekicks or concessions to a kiddie audience.
– Christopher Lloyd, The Film Yap

Mulan manages to stand apart as its own thing. However, it still lacks a bit of the spirit that made the original film special.
– Adriana Gomez-Weston, The Cinema Soloist

With a longer run time and facing challenges in the storyline’s delivery, it feels a little like a dulled facsimile of a crisp original.
– Courtney Howard, Fresh Fiction 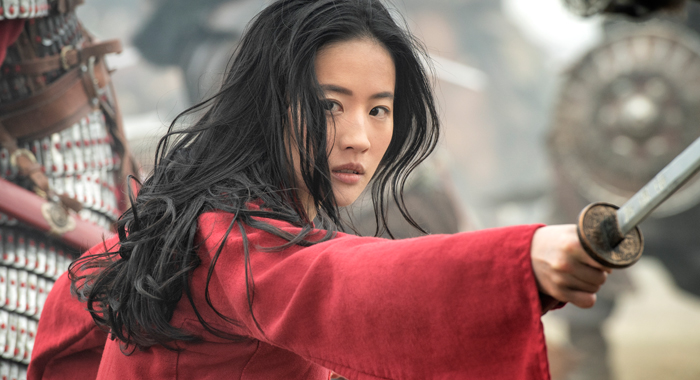 Will fans be upset about the changes?

Characters recite entire lyrics in scenes from which songs have been removed. While those lines might sound natural when sung, they’re clunky when spoken.
– Karen Han, Polygon

I had no realization of how much those catchy tunes were deeply rooted in character development and story building until they were erased.
– Christie Cronan, Raising Whasians

[It’s] a bit of a shame, frankly: The stiffly earnest script could have used a little more showbiz pizzazz.
– Justin Chang, NPR

You can’t say it’s not trying to do something new. And some of what it’s doing works quite well.
– Angie Han, Mashable

How is the humor?

Humor was such an intricate part of the animated movie… but there was not one moment where I laughed in this film.
– Christie Cronan, Raising Whasians

None of the few comedic beats work. The action is so cartoonish that a bit of humor would’ve gone a long way.
– Rendy Jones, Rendy Reviews

Mulan is serious verging on dour, so bent on presenting itself as a serious war drama that its rare moments of comedy feel almost awkwardly slotted in.
– Hoai-Tran Bui, Slashfilm

What about the action?

Mulan is a film bolstered by a series of jaw-dropping, wuxia-inflected fighting sequences that are genuinely thrilling… a true action epic.
– Kate Erbland, IndieWire

Some of the early wire-work seems a bit janky, but like Mulan herself, it finds its footing in battle and thrilling action set-pieces.
– Rob Hunter, Film School Rejects

The wuxia-inspired action sequences are unlike anything we’ve seen in other Disney blockbusters, and add a touch of unpredictability to an otherwise staid picture.
– Angie Han, Mashable

Too much parkour-type stuff for my taste, but I’m impressed by the sheer scale of the choreography and pageantry, which is positively Kurosawa-esque at times.
– Christopher Lloyd, The Film Yap 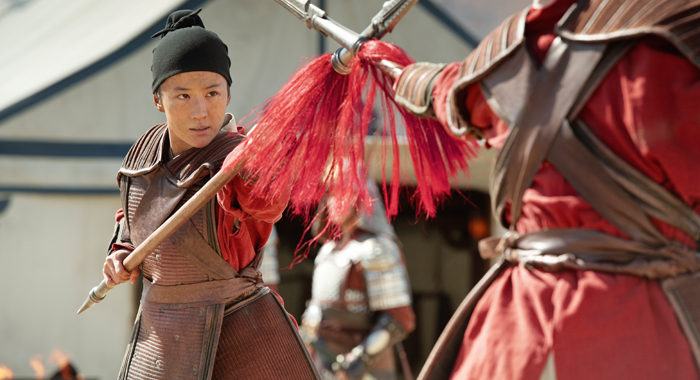 So it’s a visual treat?

Mulan is never not a delight for the eyes — it wouldn’t even occur to the film to stop stunning.
– Inkoo Kang, Hollywood Reporter

From start to finish, Mulan is a visual feast. One of the most stunningly crafted films this year… no expense was spared in the visual impact of the film.
– Adriana Gomez-Weston, The Cinema Soloist

The filmmakers utilize stunning exterior locations and fill them with grand battles and expertly staged fight sequences, turning to CGI as tasteful embellishments rather than relying on them.
– Edwin Arnaudin, Asheville Movies

I cannot get over how all of these stunning visuals included 100% real Asian represented people on screen.. it’s a childhood dream come true.
– Christie Cronan, Raising Whasians

If there’s any saving grace, it’s Caro’s direction, which binds together a disjointed script into one gorgeous spectacle of a film.
– Hoai-Tran Bui, Slashfilm

How is Liu Yifei in the lead?

Liu Yifei is superb as Mulan… it’s now impossible to imagine anyone else managing to do better with this role.
– Josh Wilding, ComicBookMovie.com

Liu has enough charisma for a lead performance, but the script gives her no depth and no meaningful relationships to work with.
– Inkoo Kang, Hollywood Reporter

Her performance doesn’t offer any of the internality that is required to convey Mulan’s greatest conflict: her turmoil at not being “true.”
– Hoai-Tran Bui, Slashfilm 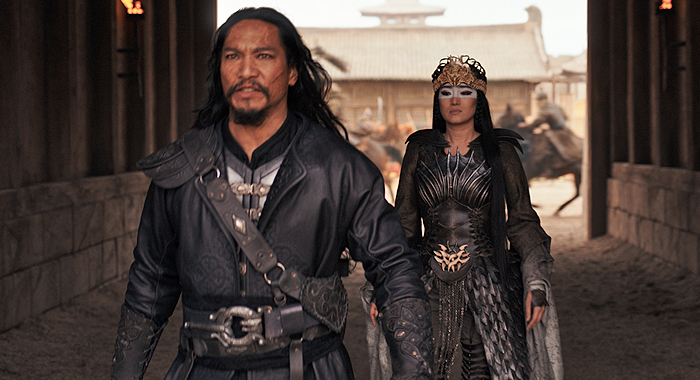 Lee and Gong Li are the stand-outs in the cast. But then, villains are always more fun.
– Roger Moore, Movie Nation

Splitting the villain in two complicates matters further as both need motives… neither improves upon Shan Yu’s desire to take the Emperor’s throne in the 1998 version.
– Michael J. Casey, Boulder Weekly

She is an addition that enhances the movie… her powers are very well presented on screen, and she is a lot of fun to watch.
– Kaitlyn Booth, Bleeding Cool

Her tenuous physical and psychological struggles to assert her independence from a maniacal tyrant are far more fascinating than seeing the protagonist who’s already an agile fighter attain her deserved respect.
– Courtney Howard, Fresh Fiction

She’s more intriguing and layered than the film’s real villain, but her presence is mainly used as a foil to Mulan’s.
– Adriana Gomez-Weston, The Cinema Soloist

Is it a coincidence that her character is the only person in the movie who bleeds, showing signs of life? [It’s] a performance that is both effectively wicked and endearing.
– Radheyan Simonpillai, NOW Toronto

Most disappointing is what little material is given to Gong, whose talon-fingered, fish scale-skirted, rib-crowned Xian Long would be a cult Halloween costume any other year.
– Inkoo Kang, Hollywood Reporter 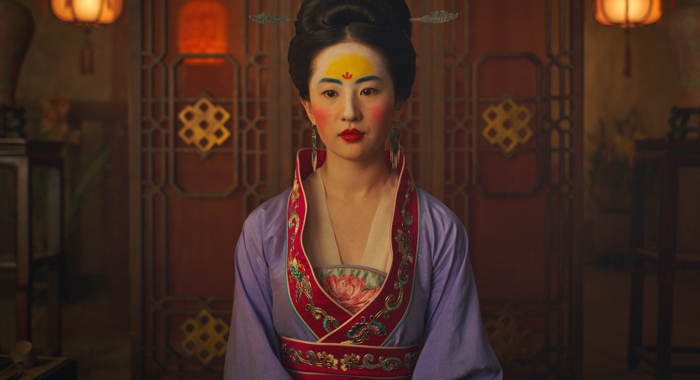 Is this version still good for kids?

Don’t worry, it isn’t too much for young kids. There is no blood or gore — just amazing battle scenes.
– Tessa Smith, Mama’s Geeky

You may find that smaller children have less patience for this version, but adults will respond with more enthusiasm than the original.
– Christopher Lloyd, The Film Yap

Mulan is definitely a more “adult” live action film… Disney is exiling a huge portion of their key audience – younger children. This is a huge blow to the Asian community.
– Christie Cronan, Raising Whasians

Does it have a strong message?

It is inspiring in so many ways. It is something all young girls should watch… several moments gave me actual chills. As in, I had goosebumps. They were just THAT powerful.
– Tessa Smith, Mama’s Geeky

This version of Mulan has a lot more to say, and what unfolds is an inspiring, uplifting tale of a young girl who [shows] that a woman is every bit as mighty as a man.
– Josh Wilding, ComicBookMovie.com

With a female director at the helm, Mulan is more socially relevant than your average family film… the film manages to demonstrate the wide reach of societal sexism.
– Nancy Wang Yuen, io9

What is this movie trying to say, exactly? The script… goes all in on vague ideals about honor and familial duty and being true to oneself and finding one’s place in the world.
– Angie Han, Mashable

Does it leave us hopeful for Disney’s future endeavors?

If we continue to get a more diverse representation of women and people of color in our blockbusters, then I’m sure Hollywood’s future will be in good hands.
– Shane Slater, Film Actually

We can only hope this world continues to expand with a sequel.
– Josh Wilding, ComicBookMovie.com

Mulan will be available for $29.99 on Disney+ on Friday, September 4 and will become available to all Disney+ subscribers on December 4. 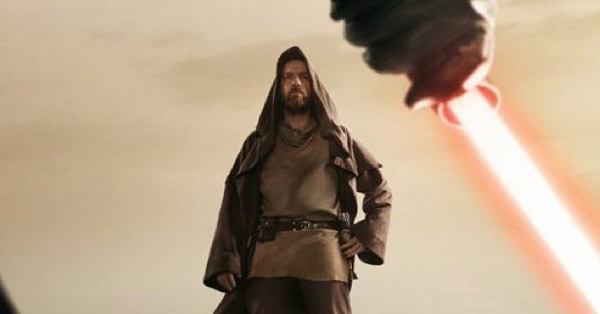