21 Most Memorable Movie Moments: The Government Lobby from The Matrix (1999)

Keanu Reeves stunt double and John Wick director Chad Stahelski on how they made the famous shootout, and being part of one of sci-fi's biggest movies.

Watch: Chad Stahelski on the making of The Matrix above.

In 2019, Rotten Tomatoes turns 21, and to mark the occasion we’re celebrating the 21 Most Memorable Moments from the movies over the last 21 years. In this special video series, we speak to the actors and filmmakers who made those moments happen, revealing behind-the-scenes details of how they came to be and diving deep into why they’ve stuck with us for so long. Once we’ve announced all 21, it will be up to you, the fans, to vote for which is the most memorable moment of all. In this episode of our ‘21 Most Memorable Moments’ series, stunt double Chad Stahelski recalls working with Keanu Reeves to create some of the most memorable action sequences ever seen on screens.

It was 20 years ago when the world stood on the cusp of digital revolution. A new Star Wars was coming out, ditching handmade green puppets in favor of shellacking a movie in CG. The internet was still a sparse superhighway, stretching empty in-between frontier cities of anonymity and information gardens. A new millennium nested beyond the horizon, yet persistent trembling hinted that something awful would befall humanity when the clock struck midnight on December 31st: Y2K. The news cycle warned connected online systems would fail, banking accounts were to shatter, airlines would have to ground all planes as modern life as we knew it screeched to a halt.

No movie captured this zeitgeist of exhilaration and paranoia more than The Matrix, which opened in U.S. theaters on March 31, 1999. Like peak-James Cameron, the Wachowskis used state-of-the-art filmmaking techniques to pit man against the sleek, technological hell of our own creation. Perhaps we were slaves to our own comfort and science. And perhaps there would be a way to escape it. Enter Neo – the pale, withdrawn hacker played by Keanu Reeves – who discovers the true nature of our world: A shared simulation we processed in our minds as we slumbered in oozing pods, generating energy for the sentient machines that had turned our race into cattle. It would take a red pill, some kung fu, and guns, lots of guns, to wake up and win this war.

The Matrix combined existentialist philosophy with anime-inspired visual wizardry, wrapped with the perfect mix of CG and practical effects to make this wild world feel grimy, tactile, and lived-in. Chad Stahelski was among the chief operators in selling this new reality as Reeves’ stunt double, with first-hand experience in witnessing how the Wachowskis crafted this remarkable film. His working relationship with Reeves started here and has never ended, with the duo upholding The Matrix‘s legacy of high-impact filmmaking with the Stahelski-directed John Wick movies. Stahleski here recalls the enlightening, bone-crunching trip.

“Holy s–t, this is something pretty different.”

“I wasn’t hired initially at the beginning. I came on right after they started principal photography. At the time it was a script that read pretty crazy and didn’t make a lot of sense on paper. It filmed in Sydney, Australia. I get there, I get off the plane, I meet Yuen Woo-ping and his fight team, and within about four hours of being there it’s like, ‘Holy s–t, this is something pretty different.'”

“The Wachowskis somehow, through force of sheer will and creative genius, got those shots.”

“If you had seen the storyboards we’d been given before we shot even a frame of the movie, and see how close they were to the final edited product, [you’d see] the genius of the Wachowskis. No matter what the adversities were on The Matrix, the Wachowskis somehow, through force of sheer will and creative genius, got those shots. Got exactly what they wanted. Got the framing they wanted, and molded each and every one of us, both performers and department heads, to get their vision. It was one of the most precise, arduous things I’ve ever done in my life. [They had] attention to detail, complete nuance of every scene. In between takes they’d watch the fashion channel, they would do research in martial arts films. I’ve never seen two directors that had such an all-encompassing knowledge of every single department and aspect of the film.”

“They actually made breakdowns of other kung fu movies.”

“[The Wachowskis would] take an old Jet Li or Jackie Chan movie, download it on their computers, and re-edit it just to understand why those edits worked, or understand the moves. They actually made breakdowns of other kung fu movies. They weren’t martial art or stunt people, but they went in and actually learned, through experience and exposure, different martial arts or different styles of kung fu so they could put them in.”

The Moment: The Government Lobby

In a movie that drips with coolness like cascading lines of green code, you’d think it’d be tough to pull out the moment. But there was little debate that it wouldn’t be the lobby scene, where leather-clad Neo and Trinity (Carrie-Anne Moss) stage a full assault to rescue resistance leader Morpheus from capture. The set literally explodes in a hail of bullets, shot with signature slo-mo and kinetic gunplay and combat, all to a pulsating techno soundtrack. In 1999, it was the apex of style.

“There’s about 4,000 squibs in the walls, so when we yell action, you’re probably not going to be able to see anything.”

“It was literally walking in off the plane, drop bags off at the hotel, go stretch at gym, [and then] going into the government lobby choreography pieces. The Wachowskis — very quiet, very soft-spoken directors — had come in and said, ‘We’re gonna do this, we wanna do this, and there’s about 4,000 squibs in the walls so when we yell action, you’re probably not going to be able to see anything.’ Nowadays, we do it all digitally so it’s pretty quick resets, but it was pretty impressive at the time [what] went into it.

The first time when Keanu runs down the hallway and the guns are going off and everybody’s shooting at him – that was a week of prep just for the special-effects guys laying in all the squibs. So every time you do a take, it’s a half-day. So you get one go at it and if you miss, everybody goes home and they spend another day resetting the new panels in to blow it up again.”

“So Keanu and I both had to back up to our number one marks and pretty much try to do all the choreography and the one-handed cartwheel and all the shooting with your eyes closed. Because once the squibs started going off, you couldn’t see anything. You had to count your steps and kinda go into it. And I remember looking at him and going ‘Uh, OK, this could be a little tricky.’

And he’s like ‘Eh, OK.’ And he nailed it first take. So that was pretty cool.

The government lobby was a difficult sequence stunt-wise, but it probably wasn’t the hardest thing we did there. I mean, figuring out bullet time. The dojo fight was probably physically the toughest for Keanu. Logistically, the subway probably had a lot more stunt work and wirework than the government lobby. But then again you had Carrie-Anne walking on a wall, which was probably her most difficult wire move in the whole film. And Keanu doing an aerial cartwheel over an M16, picking it up, and shooting three guys.”

“You can copy it, but it’s not the same as putting all those little pieces together.”

“A lot of guys can try and copy The Matrix, meaning you do a low angle thing here and you cover this kick in a wide. You can copy it, but it’s not the same as putting all those little pieces together. What the Wachowskis taught us the most was [how] you build a world. I’ll relate this to John Wick so maybe it’s a little bit easier to understand. The color, the wardrobe, the suit, the house, the pajama bottoms, the way the gun style works. The emotional hook with the dog and the puppy. All that comes from working with the Wachowskis. Every little thing builds the world. You never blink. You never let the audience think, ‘Oh they’re just kinda doing a cool move, they’re just kinda doing a cool color.’ Every little thing goes into building the world. Every little aspect, on camera, off camera, how you train the cast, what the dialogue rhythm is, know your editing style, just really, really immersing people.”

The Impact: A New Standard in Action

The Matrix broadened the tastes of audiences, and what they expected out of action movies. It officially signaled the end of the burly macho stars of the ’80s, who had hung on for dear life past the mid-’90s, and into more fluid fights, elaborate maneuvers, and lighter-than-air wirework. Fight choreographer Yuen Woo-ping’s name was literally used in marketing future movies he worked on, the highlight being the Best Picture-nominated Crouching Tiger, Hidden Dragon.

The Matrix had a fetishistic obsession with its own action sequences, something you’ll see later in Wanted, Kick-Ass, or Zack Snyder movies. Meanwhile, spoofing The Matrix became its own kind of cultural cred, as seen in movies and shows like Scary Movie, Deuce Bigalow: Male Gigolo, The Simpsons, Spaced, Shrek, and Kung Pow, or the Nintendo 64 game Conker’s Bad Fur Day, and beyond.

But for the people who made the movie, it’s the camaraderie that endures, and the gift of knowing that they got to participate in one of the most beloved, influential movies of the last 21 years.

“We use Laurence Fishburne [in the John Wick series], and I bumped into Carrie-Anne, and I bumped into Hugo Weaving the last couple of years and they still… Every single person, including department heads and cast that worked on that movie, still f–king cheer when it comes on. Everyone’s very proud of it. They can actually step outside their own performances and go ‘That’s f–king cool.’ For people in the business, that’s not a normal thing you can do. We all count ourselves as incredibly fortunate to have worked on that. Keanu and I see each other about every day, so we watched [The Matrix] again and had a nice talk about it yesterday. I don’t necessarily want to speak for Keanu, but it’s, like, still one of his favorite films of all time. To work on it, to be part of it, it is by far my favorite film.”

“I’m both proud and somewhat ashamed to say it, but without the Wachowskis we couldn’t have done John Wick.”

“How cool is it that I get to watch The Matrix with Keanu Reeves?”

“Because of my relationship with Keanu, because we still work together and all that stuff…I mean how cool is it that I get to watch The Matrix with Keanu Reeves? And we still laugh, and we still cheer! And to see Keanu Reeves, the actual Neo sitting in a chair, where we’re both having a scotch watching The Matrix like that, or just to pull up a scene to fucking relive old times or something, or to get an idea, and to see Keanu Reeves jump up and go ‘F–k yeah! That’s awesome!’ I mean, I’m not gonna lie to you, that’s pretty cool!” 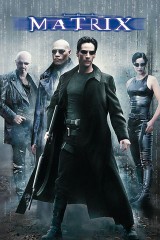