With the second season of Netflix's The Crown delivering new episodes of high-priced royal drama, here's a look at the most expensive TV shows ever — and whether they were worth the money.

With seemingly every network on the hunt for an expensive, epic series that will win both awards and critical acclaim — crucial in the peak TV landscape — budgets for television series are ballooning. But are the pricey finished products worth the cost? Below, Rotten Tomatoes ranks the 10 most expensive TV series ever (according to industry reports and analysis) based on their Tomatometer scores.

Per the New York Times, the first season of this series cost $90 million for 10 episodes — which scored a woeful 24% on the Tomatometer its first season on 33 reviews. Its second season score, 100%, was based only on 10 reviews, but brought the series score higher. Thanks to lack of critical support and lackluster audience response, the historical drama about the famous explorer was canceled after two seasons. 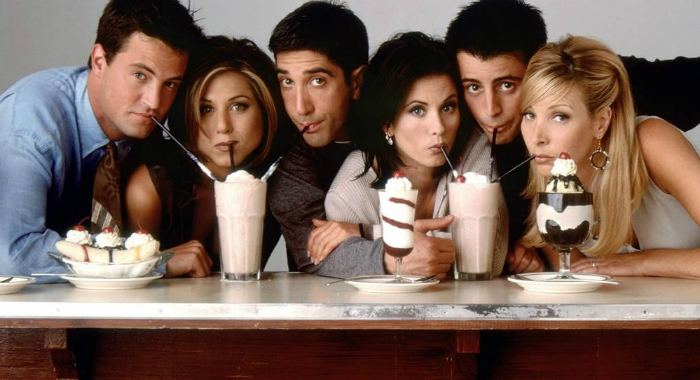 Thanks to its immense popularity and A-list stars, the final season of Friends cost a whopping $10 million per episode to produce, thanks in large part to the hefty salaries for each of the West Village–dwelling pals — Courteney Cox, Jennifer Aniston, Lisa Kudrow, Matt LeBlanc, Matthew Perry, and David Schwimmer each made $1 million per episode. While there aren’t enough Tomatometer-eligible reviews online to give the series a score for the entire 10 seasons, the last year still saw an average of more than 22 million viewers per week and was the fourth most popular series on television.

In 1998, NBC shelled out $286 million a year for the rights to 22 episodes of ER’s fifth season, making it the biggest deal in television history for a series. While, as with Friends, there are no Tomatometer scores for ER’s many seasons, at the time, the medical drama was garnering an average of 32 million viewers a week. Hey, at least George Clooney was still there (he left in the second half of the season).

Netflix outbid FX for Baz Luhrmann’s epic about the birth of hip hop in the Bronx, but production delays and other costs saw the budget for the series balloon to a reported $200 million. With mixed reviews, the series did not continue past its initial 12-episode order (released in two parts).

Netflix’s sprawling, globe-spanning drama shot on location in 16 cities and 13 countries around the world and cost approximately $9 million per episode, according to reports. While the streaming service allegedly canceled the series due to its large cost (and proportionally low viewership, though Netflix does not release that data), it did offer a compromise after fan outcry: a feature-length movie to wrap up all the unresolved storylines.

Co-produced by HBO and the BBC, this historical epic about the ancient Roman Empire (and Julius Caesar’s reign of power) cost a reported $110 million to produce in 2005, which would equal closer to $140 million in 2017. The popular series also served as an American showcase for actors like Kevin Mckidd, Ciarán Hinds, Ray Stevenson, Polly Walker, Indira Varma, James Purefoy, Tobias Menzies, and more.

The 2010 HBO miniseries cost $217 million to make — more than $20 million for each of its 10 episodes — with $5 million alone going toward recreating one particularly carnage-filled scene on the small island of Peleliu, where 11,000 Japanese soldiers attacked the U.S. Marines as they landed. It was the most expensive miniseries ever, per reports.

The Crown might be a quiet character exploration with no crazy action or stunt sequences, but the period drama, about the reign of Britain’s Queen Elizabeth II, has plenty of bells and whistles. That’s to be expected, considering the Netflix series has to recreate opulent castles, exotic locales, and period-appropriate locations for the Golden Globe–winning drama — all to the tune of a reported $130 million for the first season of the critically acclaimed series.

Costing approximately $6 million an episode, the story of the battle for the Iron Throne features an extensive cast, massive battle scenes, lavish costumes, not to mention those pesky dragons. It all adds up to one pretty insane budget.

Before The Pacific came Band of Brothers, Tom Hanks and Steven Spielberg’s first World War II miniseries. At $125 million, it was the most expensive miniseries at the time it was made — until The Pacific. The critically acclaimed epic, a fictionalized account of the U.S. Army’s “Easy Company” airborne division, won both Emmy and Golden Globe awards in 2001.