This weekend at the movies, we have a Polynesian princess who can indeed smell what a certain demigod is cooking (Moana, with voice work from Auli’i Cravalho and Dwayne Johnson), a pair of impossibly good-looking spies (Allied, starring Brad Pitt and Marion Cotillard), the return of a bad Santa (Bad Santa 2, starring Billy Bob Thornton and Kathy Bates), and the return of Warren Beatty (Rules Don’t Apply, starring Lily Collins and Alden Ehrenreich). What do the critics have to say? 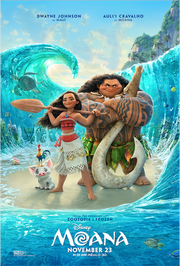 For families heading to the cineplex with young ones in tow this weekend, the choice is simple: Disney’s Moana, starring Auli’i Cravalho as a Polynesian chieftain’s daughter tasked with  a quest that sends her in search of the demigod Maui (Dwayne Johnson) in an effort to save her tribe. Just about any old family-friendly release has good odds of making money this time of year, but happily, critics say Moana is really something special — a release that not only boasts the visual splendor Disney audiences expect, but subverts the studio’s standard princess-in-peril storyline in some genuinely refreshing ways. Reviews point to an animated adventure you can feel good about taking the kids to see — and one you might want to take in even if you’re child-free. 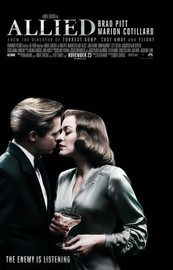 A sweeping World War II spy epic starring Brad Pitt and Marion Cotillard, and directed by Robert Zemeckis? On paper, Allied looks like exactly the kind of lavishly assembled absorbing drama starring beautiful people that critics and audiences swoon for during awards season — yet as we all know far too well by now, a movie that looks great in theory doesn’t always add up on the screen. There’s certainly no arguing its pedigree, or the fact that the sheer talent assembled can’t help but add up to a certain amount of entertainment value, and ultimately, Allied‘s old-fashioned Hollywood grandeur helps compensate for its inability to recreate the level of epic wartime drama achieved by the classic films it affectionately emulates. 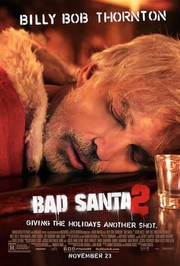 Almost exactly 13 years to the day after Bad Santa gave fans of yuletide-themed black comedy something to ho-ho-ho about, Billy Bob Thornton is back with the sequel. This weekend’s appropriately titled Bad Santa 2 reunites Thornton with original cast members Tony Cox and Brett Kelly, and boasts direction from Mean Girls vet Mark Waters; unfortunately, none of the above is enough to keep critics from lumping coal all over the end result. Reviews describe a second installment with little of the charm of the first — and a comedy that tries too hard to shock while neglecting to tell an involving story. Plenty of people loved the first one, and holiday movies that avoid going overboard with sentimentality are hard to come by, so you might be tempted to see Bad Santa 2, but it sounds like you’ll be better off just watching the original again. 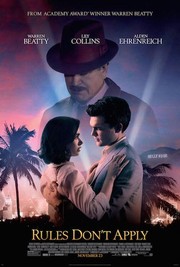 It’s been a long time since we had a new Warren Beatty movie — and even longer since we had one he directed. Rules Don’t Apply ends that long drought by fulfilling his decades-long ambition to make a Howard Hughes biopic of sorts that zeroes in on a story in which the reclusive billionaire (Beatty, who also wrote the screenplay in addition to directing) looms over the would-be relationship between one of the actresses in his stable (Lily Collins) and her driver (Alden Ehrenreich). This is obviously a movie with a fairly stellar pedigree, and it would be wonderful if we could say Beatty’s passion project is being greeted with critical adulation; alas, reviews describe a romantic dramedy that, while definitely not without its moments, is ultimately more of a pleasant curiosity than a must-see release. See it because it’s a Beatty production (and to get a look at Ehrenreich in action before he goes supernova in the “young Han Solo” movie), but it might be a good idea to adjust your expectations.

Gilmore Girls: A Year in the Life provides a faithful and successful revival of the quirky, sweet, and beloved series fans fell in love with over a decade ago.

The Walking Dead Turns 10: Greg Nicotero Talks His Favorite Moments, Daryl and Carol, and the Episode That Made Him Cry