Now that you know how Han got his ship, take a look back at the spacecraft's most memorable onscreen appearances. 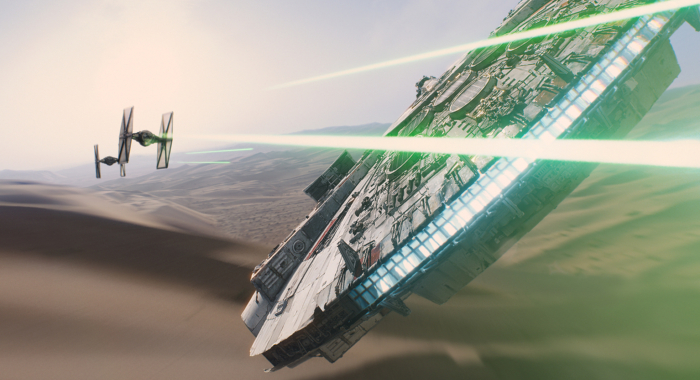 One of the biggest stars of Solo isn’t human, droid, or Wookiee: it’s a YT-1300 Corellian light freighter called the Millennium Falcon. And let’s be honest: it’s one of the franchise’s biggest stars. Only R2-D2 and C-3PO have been in more films (at least, if you count the supposed appearance in the background of The Phantom Menace, which no one should), and she’s been pivotal to so many of the series’ best scenes, like:

Having seen the sleek version of the ship in Solo, we can now understand why both Luke Skywalker and Princess Leia think the Falcon looks like garbage when to us it just seemed like the coolest spaceship ever. But it was the Falcon’s main cabin where we really got to know our heroes: Luke learning the ways of the lightsabre from Ben, Han dismissing his superstitious nonsense, and Chewie threatening to rip arms out of sockets. 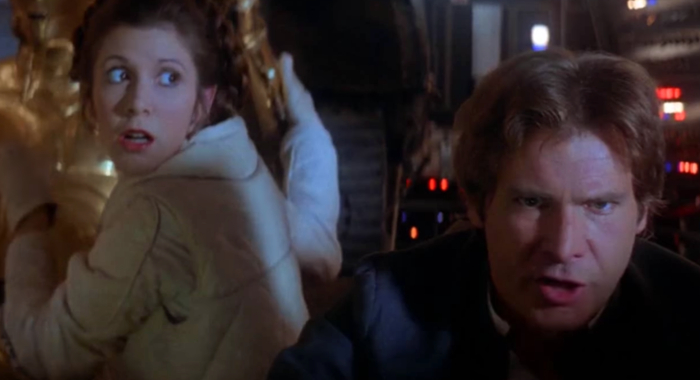 With the hyperdrive out, we get the first illustration of how good Solo is as a pilot and how responsive the Falcon is as a a ship, since it’s managing to lumber through an asteroid storm that’s relentlessly destroying smaller, more nimble ships. And it’ Threepio’s best moment too, prissily spouting statistics at the not-remotely-interested Solo before hiding in a space worm. You know, as you do.

The time the Falcon literally was garbage in Star Wars: Episode V -- The Empire Strikes Back (1980) 94%

It was cheapened somewhat by the Attack of the Clones callback (call forward?), but the idea that the Falcon’s exposed innards and modernist angles made it a indistinguishable from Imperial garbage was one of the ship’s finest moments – not least because it showed that the freighter could cling to things like a limpet. Of course, it’s the moment that made generations lament the fact that of all the modifications Solo had made, a simple side mirror would have really saved a lot of heartache to come. 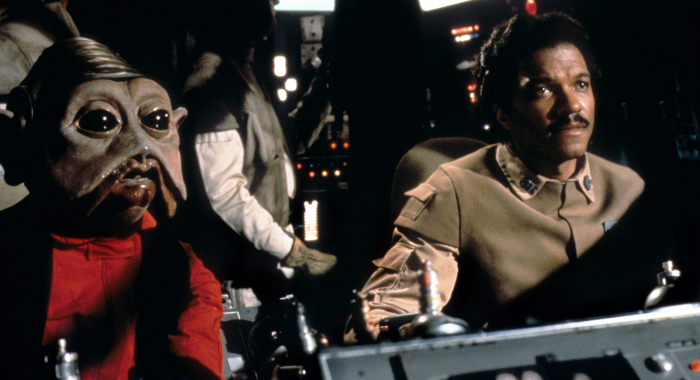 Knowing what we know now about the Falcon’s… ahem, personality, it’s no wonder that a) she should get along so badly with the obsequious Threepio, and b) that she should respond so well to the touch of her former owner. Sure, Lando’s had a year or so getting used to flying the Falcon, but flying through the superstructure of a barely-constructed space station with a bunch of fighters on one’s tail is a tricky gig. It’s amazing they only lost the radar dish.

Everyone roared in the cinema when that familiar shape appeared on the screen, but it was when the Falcon took off that things got real. Due in part to the special effects technology of the time the Falcon has generally flown smoothly and elegantly, but in TFA it moved like a brick with a jet engine strapped to it. That sense of weight made that desperate escape from the First Order’s TIE fighters even more exciting, since it seemed as though the thing was set to plummet at any second. 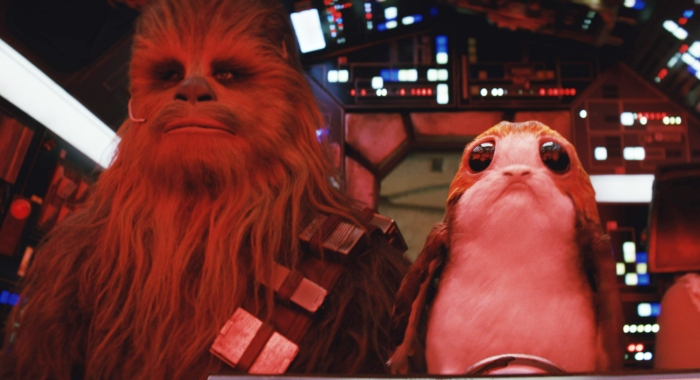 The Falcon was little more than a set in The Last Jedi, but it was the setting of two of the most indelible moments: a haunted-looking Luke, mourning the death of his friend and brother-in-law, entering the ship that was an extension of Han’s self. Although let’s be honest: that’s second to the moment when Chewie and that Porg roar at the galaxy together.

Let’s leave the parsec question aside for now and focus on the fact that we actually got to see the journey through the Maw around the Spice Mines of Kessel for the first time in Solo, and learned why the Falcon is a) such a unique ship and b) still kind of a hunk of junk. And we even found out why the Falcon has no escape pod, even if we’re still none the wiser as to why Han never thought to replace what is presumably a stock piece of equipment. And we know it has ample cape storage too, which is handy.

Solo: A Star Wars Story is in theaters now.