Plus, The Card Counter is Certified Fresh, Kate is violently familiar, Queenpins is disappointing, and Impeachment: American Crime Story is held aloft by its performances.

This weekend at the movies, we’ve got an outlandish original from James Wan (Malignant, starring Annabelle Wallis and Maddie Hasson), suburban scammers (Queenpins, starring Kristen Bell and Kirby Howell-Baptiste), an ex-con looking for redemption (The Card Counter, starring Oscar Isaac and Tye Sheridan), and an assassin looking for revenge (Kate, starring Mary Elizabeth Winstead and Woody Harrelson). What are the critics saying? 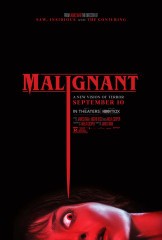 Modern horror maestro James Wan hasn’t delivered anything wholly original since he helmed the first Conjuring back in 2013; everything since then has either been a sequel (Insidious: Chapter 2, The Conjuring 2) or a major franchise detour (Furious 7, Aquaman). It’s no wonder his fans were stoked about Malignant, a new thriller directed by Wan and based on an original story by him, and it would appear that anticipated was mostly warranted. Annabelle Wallis stars as a Seattle woman plagued by dark, violent dreams of a serial killer who discovers that her visions of murder are very real and very accurate. In her quest to understand why she has been cursed with this psychic torment, she is forced to reckon with some secrets she probably should have left buried. Most films of this nature hinge on some sort of plot development that explains who the killer is and what their motivations are, and critics say that reveal in Malignant is so ballsy and unexpected that, for some, it may alone be worth the price of admission (or your HBO Max subscription). It’s going to be hit-or-miss for a lot of folks, but for those it hits, it’s a doozy. 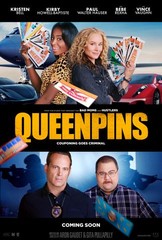 Like its more adult-oriented spiritual cousin Hustlers, Queenpins is based (admittedly loosely) on a true story about a couple of enterprising women who utilized an organized scheme to stand up to big business. In this case, the two women are regular suburban gals Connie Kaminski (Kristen Bell) and JoJo Johnson (Kirby Howell-Baptiste), who turn a coupon-clipping hobby into a multimillion-dollar counterfeiting operation, attracting the attention of a supermarket Loss Prevention Officer (Paul Walter Hauser) and a US Postal Inspector (Vince Vaughn). Toss in a few comedy regulars like Stephen Root, Annie Mumolo, Joel McHale, and Marc Evan Jackson, and you’d think you had a surefire hit on your hands. Unfortunately, critics haven’t been won over by the cast, who they say is somewhat left holding the bag in a middling comedy full of toilet humor and pacing issues. It will still tickle the funny bone for some viewers, but it’s difficult not to imagine how much better it could have been. 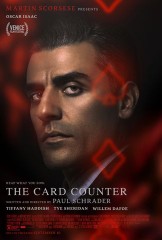 Writer-director Paul Schrader finally landed his first Oscar nomination in 2017 with the Ethan Hawke-powered dramatic thriller First Reformed, which earned all kinds of accolades across the board and left film buffs salivating for his next project. As it turns out, that next project is this week’s The Card Counter, another character-driven dramatic thriller anchored by a showstopping performance. The actor at the center of that performance is Oscar Isaac, who plays an ex-con who makes his living traveling from casino to casino, playing cards and winning. A chance encounter with a young man with ties to his past sets him on a new course of redemption, both for himself and his new companion. Critics say The Card Counter is another powerful examination of weaponized morality that works in large part because of Isaac’s committed, if somewhat subdued, performance and Schrader’s intimate perspective. 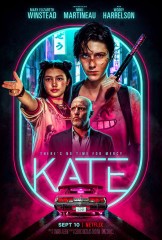 If you commit to releasing at least one new film on your streaming service every weekend in a given year, you have to accept the fact that not all of them are going to be winners. That isn’t to say Netflix’s latest genre film, Kate, failed to impress any writers at all; it just didn’t quite reach the critical heights of its similarly themed Gunpowder Milkshake from just a couple months ago. Mary Elizabeth Winstead plays the titular character, an elite assassin who botches a hit on a yakuza boss in Tokyo and finds herself poisoned in the process. With only 24 hours to live, Kate goes on the hunt for her killers and unexpectedly forms a friendship with the young daughter of one of her former targets. Critics say Winstead does her best to hold Kate together, and the action is serviceable enough, but with the “deadly female assassin out for revenge” subgenre currently in full bloom, there just isn’t enough to set the film apart.

Impeachment can’t seem to decide whether it’s unearthing the humanity of a presidential scandal or indulging the mythology of its media circus, but Beanie Feldstein and Sarah Paulson’s performances ring true in the midst of all the noise. 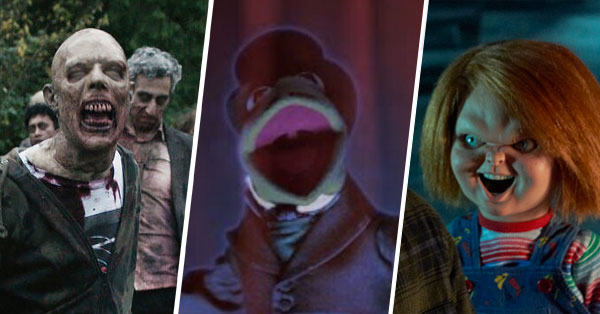 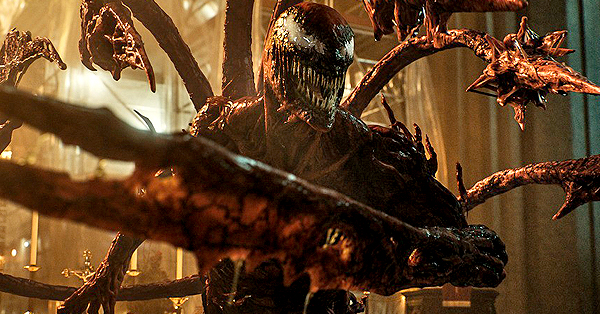