Magic: The Gathering, Marvel, and More Animated Series in Development for Television

Find out more about animated series in development by the Russo Brothers, Netflix, Disney+, DC Universe, and other networks that could eventually make their way to your TV.

The bond between Marvel and Hulu is growing thanks to a recently announced plan to develop four animated series and, with a certain amount of tongue planted in cheek, unite the main characters of each in an animated special called The Offenders. But the move also indicates the increasing importance of animated projects based on comic books. Of course, both Marvel and Warner Bros. have been making programs aimed at younger viewers for decades, but the new crop of announced projects indicates a great focus on a broader age range. Considering the high quality of animated superhero shows for children (a la Batman: The Animated Series) or a slightly older demographic (Young Justice: Outsiders), these new shows will definitely have to bring something new to the medium to find critical and commercial success.

So what is on the horizon and can we predict a project’s success from what we know of its development so far? Let’s take a look. 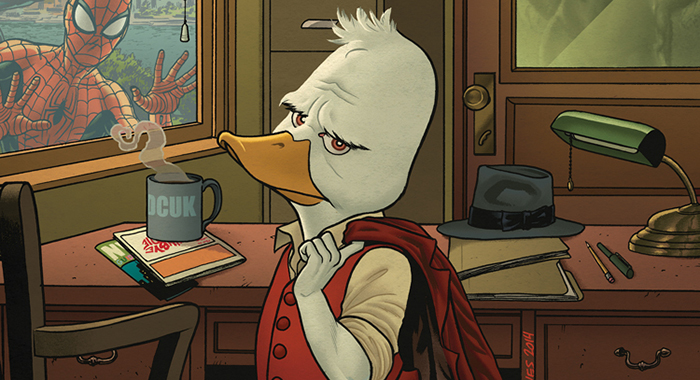 Premise: Transported to Earth against his will, Howard does his best to make do under the circumstances. He generally finds work and sometimes even gets paid for his troubles. He also battles absurd villains, like the obsessive Dr. Bong, while also trying the best way to get rich quick and escape the quarrelsome tendencies of the Marvel Universe.

Chances for Success: If it can get out from under the shadow of the infamous Howard the Duck feature film, the irreverent humor baked into the premise should keep this around for a few seasons. But as with almost all of Howard’s solo outings, it will probably end prematurely. 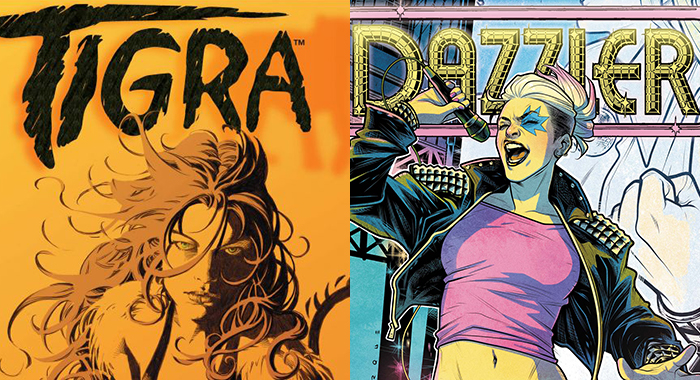 Based on: The stalwart Avenger Tigra, created by Roy Thomas and Wally Wood — later refined by Tony Isabella and Don Perlin — and the mutant pop star created by Tom DeFalco, John Romita Jr., Louise Simonson, and Roger Stern. Both have had storied careers in and out of the core Avengers and X-Men titles, joining various super-teams, going solo, and changing their looks to match the times. Fun fact: Dazzler began her career as a disco singer in a cross-promotion with Casablanca Records. Both the label and Marvel hoped to launch her as a multimedia entity in film, music, and comics. An animated series 40 years later may not have been what Casablanca wanted, but we’ll take it.

Premise: The politically minded duo make their way to Los Angeles, a world apart from Marvel’s favored Manhattan, where they try to get their superpowered heads, hands, and hearts around their lives.

Status: Chelsea Handler and The Last Man on Earth veteran Erica Rivinoja are developing the series for Marvel.

Chances for Success: The unusual pairing of Tigra and Dazzler makes this the outlier of the new Marvel animated projects, as does Handler’s brand of humor. That said, it could always prove to be the standout thanks to those very elements. 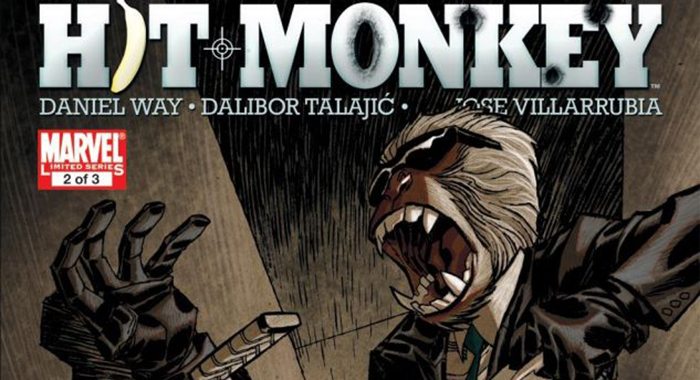 Based on: The simian assassin created by Daniel Way and Dalibor Talajić, who appeared in a 2010 Hit-Monkey one-shot release, a Deadpool storyline, and a three-issue, self-titled miniseries.

Premise: An angry Japanese macaque makes for Tokyo to avenge the deaths of his clan. Luckily, he has the skills and aid of a ghost who was once an American assassin. And if the two have anything to say about, all of the city’s criminal underworld is going to pay.

Status: Blades of Glory directors Josh Gordon and Will Speck are currently developing the series as part of Marvel and Hulu’s Offenders initiative.

Chances for Success: While Blades of Glory has a Tomatometer score of 70%, the duo’s subsequent films have not been as fresh. The Jennifer Aniston/Jason Bateman comedy The Switch struck out at 51%, while their most recent film, Office Christmas Party, stumbled with a 41%. Of course, the absolute wackiness of the premise may give them a renewed energy. 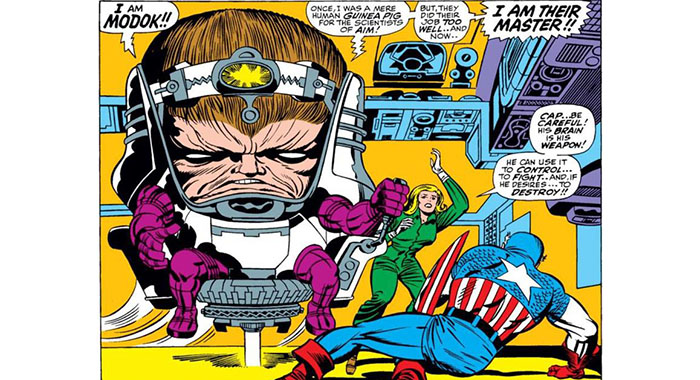 Based on: One of the greatest gifts Jack Kirby and Stan Lee ever gave to comics. Making his full debut in 1967’s Tales of Suspense #94, the Mental Organism Designed Only For Killing and his successors in name and appearance became one of the Marvel Universe’s most constant, bewildering, and wonderful foes.

Premise: The egomaniacal supervillain with a really big head and a really little body struggles to maintain control of his evil organization and his demanding family. He also faces an inferiority complex of sorts as villains like Doctor Doom look down on him.

Status: Hulu and Marvel secured the services of Patton Oswalt and Jordan Blum to develop the series, with Oswalt set to voice the lovable, if misunderstood, M.O.D.O.K.

Chances for Success: We might be a biased, but we’re sure viewers will love M.O.D.O.K. once they meet him. 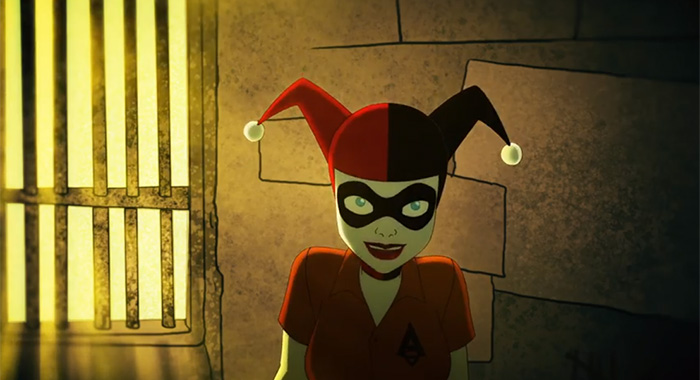 Based on: Batman: The Animated Series’ breakout character Harley Quinn. Created by series producer Bruce Timm and writer Paul Dini as a one-time gun moll for the Joker, she took on a life of her own, eventually debuting in the DC Comics universe in 1999. She’s since become a big deal thanks to her own monthly comic, her appearance in the Suicide Squad feature film, and her own upcoming spinoff film, Birds of Prey (And the Fantabulous Emancipation of One Harley Quinn).

Premise: Harley has finally kicked the Joker to the curb. Her next target: a spot within the Legion of Doom. And she’ll push her way past any and all of the DC Comics ne’er-do-wells to do it. With some help from Poison Ivy, of course.

Chances for Success: The service’s first animated offering, Young Justice: Outsiders, has a 93% on the Tomatometer. If Harley Quinn is of similar quality, it will no doubt return to the service for a second season. Then again, Powerless folded after one 61% season on NBC. But with the metrics between network and streaming being wildly different, Harley could prove victorious in the end. 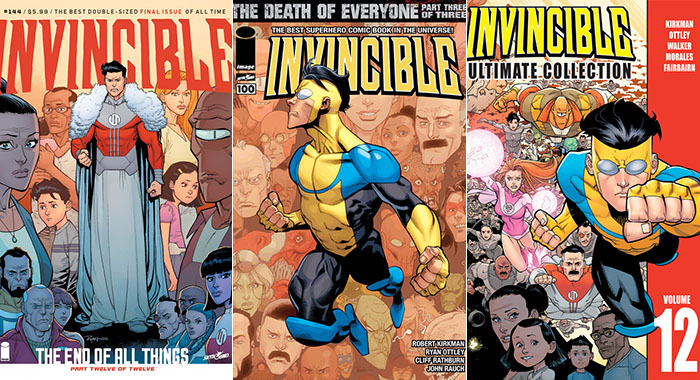 Based On: The Image comic book series by The Walking Dead’s Robert Kirkman and artists Cory Walker and Ryan Ottley, which ran for 144 issues and a number of special releases from 2003 to 2018.

Premise: Mark Grayson (Steven Yeun) is your typical 17-year-old boy. Well, as typical as he can be when his father is the most powerful superhero on the planet, Omni-Man (J.K. Simmons). Thanks to his father’s alien physiology, Mark is super-strong and possesses the ability to fly. But as Mark develops these and other powers, he discovers that his father’s legacy may not be as heroic as it seems.

Chances for Success: The comic book series ran for a long time, indicating the story has an engrossing appeal — not unlike The Walking Dead. But the hourlong format is untested and it remains to be seen if viewers will take to the longer runtime. Of course, viewers may hardly notice if they binge-watch it as they do Amazon’s The Tick and other original programs. 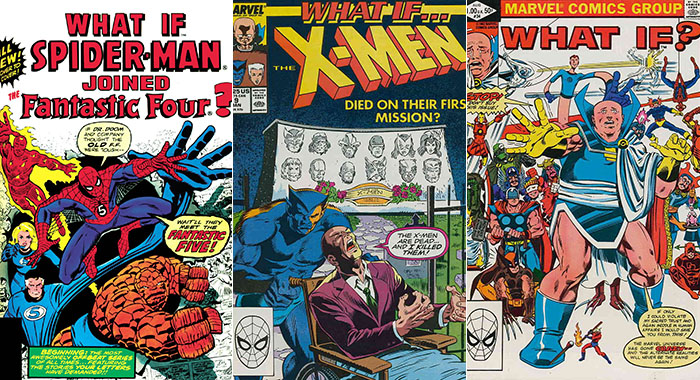 Based On: Marvel Comic’s What If…?, an anthology series that ran from 1977 to 1984 and again from 1989 to 1998 — with a handful of shorter runs in the years since — and told stories based around different outcomes of various classic Marvel tales. Issues centered on questions like “What if Spider-Man joined The Fantastic Four?” and “What if Daredevil became an agent of S.H.I.E.L.D.?”

Premise: Taking inspiration from the comic book, each episode will explore a pivotal moment in Marvel Cinematic Universe history and turn it on its head. The first episode, for example, will ask “What if Peggy Carter took the super soldier serum?”

Status: The project was announced in April of 2019 as another partnership between Marvel Studios and the Disney+ streaming service. Because of the studio’s involvement, MCU actors including Hayley Atwell (Carter) will reportedly reprise their roles. It is currently unclear when the series will debut, but the service is set to launch in November 2019.

Chances for Success: It is a Marvel Studios project on Disney+. The only thing that could hobble it would be Disney+ failing to woo enough subscribers when it launches in November.

(Photo by Wizards of the Coast)

Based On: The legendary collectible card game that kept many comic book shops afloat in the dark days of the 1990s. Players choose elemental forces to power their armies and face off against friends and strangers. The game continues to thrive more than 25 years later with professional leagues, online games, and various other forms of merchandise.

Premise: The Planeswalkers — the game’s unique magic-wielding heroes and villains who travel across Magic’s own multiverse — vie for control, not unlike players of the game in the real world.

Status: Announced in June 2019, the series will be overseen by Avengers: Endgame directors Joe and Anthony Russo, who will develop a never-before-told story of the Planeswalkers. Bardel Entertainment will animate the series for Octopie (the animation studio that is producing it), and it’ll debut on Netflix in 2020.

Chances for Success: Considering Magic‘s appeal spans decades, generations, countries, and various types of media, it should work about as well as other Magic initiatives. At the same time, film and television are new realms for the Planeswalkers, and they may find their adventures there as perilous as Dungeons & Dragons‘s attempts at crossing into those same arenas.

Premise: Six teenagers find their once-in-a-lifetime trip to a new adventure camp on the opposite side of Isla Nublar (where most Jurassic films occur) is anything but a wonder summer vacation. The dinosaurs wreak havoc across the island — as they often do — forcing the stranded campers to bond and help each other survive the ordeal.

Status: As revealed in June, the series will be part of Netflix’s ongoing animation initiative with DreamWorks Animation, the company behind the excellent Voltron and She-Ra revivals. Pinky Malinky’s Scott Kreamer and Kung Fu Panda: The Paws of Destiny’s Lane Lueras will serve as showrunners and executive producers while Jurassic Park director Steven Spielberg, Jurassic World director Colin Trevorrow, and overall Jurassic producer Frank Marshall will be on board as executive producers. Thor screenwriter Zach Stentz will be a consulting producer. The series is set to debut in 2020.

Chances for Success: Netflix’s partnership with DreamWorks yielded Voltron: Legendary Defender (95%), She-Ra and the Princesses of Power (95%), and Guillermo del Toro’s Tales of Arcadia series. The animation and storytelling is top notch and surprisingly compelling. If they can bring that standard to the Jurassic World brand, the only real concern will be making the kids’ summer vacation last for 65 episodes.