Plus, The Finest Hours offers traditional thrills, You, Me, and the Apocalypse is Certified Fresh, and guess Fifty Shades of Black's Tomatometer.

This week at the movies, we’ve got a portly protector (Kung Fu Panda 3, featuring the voices of Jack Black and J.K. Simmons), high seas heroics (The Finest Hours, starring Chris Pine and Casey Affleck), and a steamy spoof (Fifty Shades of Black, starring Marlon Wayans and Kali Hawk). What do the critics have to say? 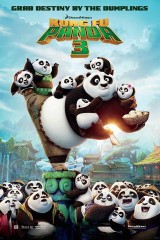 If any studio is capable of challenging the perennial dominance of Pixar, it’s DreamWorks Animation, home to fairy tale ogres, trained dragons, and a bevy of zoo animals stranded in Madagascar. This week, another DreamWorks success story unleashes its third installment, and critics say Kung Fu Panda 3 is a visually delightful treat, even if its story is a tad ho-hum. This time out, Po (voiced by Jack Black) unites with another panda from his past (Bryan Cranston) to train a new generation of warriors and defeat an evil master (J.K. Simmons) from the spirit realm. The pundits say that, despite a thinner plot, Kung Fu Panda 3 is as entertaining and spectacularly animated as its predecessors. 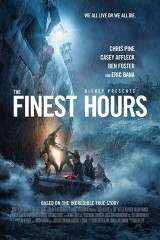 Remarkable true stories don’t always translate to compelling cinema, even when they’re about harrowing maritime encounters — see last year’s In the Heart of the Sea, for example. Critics say this week’s The Finest Hours, which is based on a 1952 Coast Guard rescue off the coast of Cape Cod, mostly gets by on some old-fashioned thrills, but it also stumbles in its efforts to stir up drama. Chris Pine stars as Bernard Webber, a Coast Guard officer who leads a small motorboat crew into rough seas to retrieve the survivors of a tanker ripped in half by a powerful nor’easter. The pundits say The Finest Hours is a fairly traditional survival drama that benefits from its gripping rescue sequences but stalls whenever it cuts away from the action. 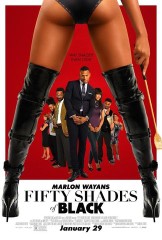 You, Me, and the Apocalypse has a lot of fun with the end of the world, if you can keep up with its unpredictable, oddball twists.

Outsiders‘ gritty performances keep the backwoods drama intriguing, even when the story gets stuck in the mud.

Chelsea Does manages to investigate some meaningful topics, but the show’s polarizing namesake is also its greatest liability.