Aguilar shares his favorite Rotten movie, classic film recommendations, and dispels the myth that critics and audiences might not share the same tastes. 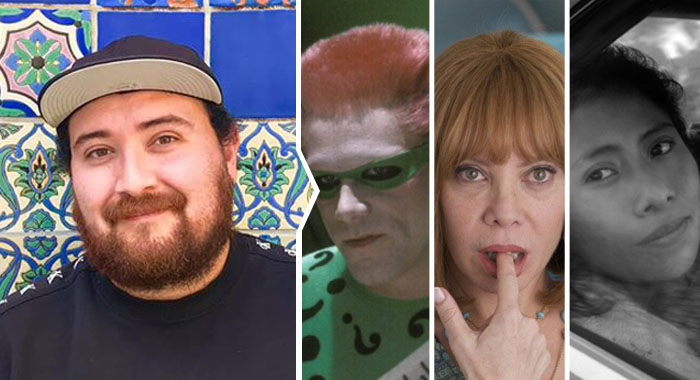 Amélie is the film Carlos Aguilar has seen more than any other – and he never would’ve seen it, if not for a critic who endorsed the film on television when he was a kid.

“When it first was released, I was still living in Mexico City and I was very young, maybe 11 or 12,” he told Rotten Tomatoes in an interview. Horacio Villalobos was a film critic on TV at the time, and Aguilar watched his program “religiously.”

“He talked about this French movie that he really loved and that was only playing in a few theaters in Mexico City. It was because he recommended it very passionately that my mom took me to see Amélie,” Aguilar said. “It wouldn’t have been on my radar if that critic hadn’t recommended it.”

Now, Aguilar is a film critic and writer himself, with work published in the Los Angeles Times, TheWrap, and Remezcla. His reviews appear on Rotten Tomatoes alongside those of critics he admires – such as Justin Chang of the LA Times, Eric Kohn of IndieWire, and Claudia Puig, President of the Los Angeles Film Critics Association. He admires both their writing and their commitment to supporting up-and-coming critics.

“That’s usually what connects great writers – they tend to be also great people outside of the writing,” Aguilar said.” They want more diverse voices to be part of the conversation. It’s not only about them, but about bringing in others and growing the field.”

Carlos Aguilar is a freelance critic and film writer based in Los Angeles, CA.

I was always very much an animation, Disney kid. I remember loving The Little Mermaid and Beauty and the Beast and those classic Disney films. Those were the ones that I watched as a kid. Now, I know that they’re considered bad, but the Batman movies from the ’90s – I think it was Batman Forever and Batman and Robin. I was big on those movies. Re-watching them now, it’s cringe-y – but back when I was a kid, I loved those movies.

What do you think is the biggest misconception about critics?

That we like to antagonize the general public. I feel like audiences sometimes feel like there are movies “for” critics and movies “for” audiences, which is completely a lie because critics are themselves part of the audience.

There’s critics that like all types of film and not all critics like the same type of thing or agree on the same thing or disagree on the same things. The misconception is that people believe that the critics are looking for the films that audiences are not going to like and that we want to go against the grain or against popular taste.

There’s a Mexican film called Macario from 1960. It’s black and white and it was the first movie from Mexico that was nominated for the Oscar for best foreign language film. We have this beautiful cinematographer, Gabriel Figueroa, who’s one of Mexico’s most beloved, admired cinematographers from that era. It’s like if I can describe it in simple terms, it’s like A Christmas Carol that’s set in Mexican colonial times on the eve of Day of the Dead. 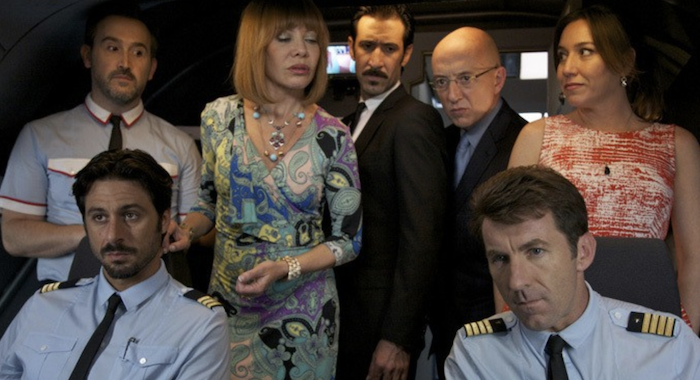 Pedro Almodóvar’s I’m So Excited – in Spanish it’s Los Amantes Pasajeros. It’s generally considered one of his worst, at least in recent years. But I remember watching it and finding it hilarious and engaging.

I don’t want to say that the reason is entirely because there’s things that get lost in translation, but… There’s a lot of phrases there that are just hilarious and I also admire that it’s a movie that takes place entirely on a plane… it’s over the top and it’s raunchy. The things that you love in an Almodóvar, but in a more absurd way.

It doesn’t always work, and perhaps there’s many reasons why people don’t find it an artistic accomplishment, but I always have fun quoting lines from it or re-watching it.

What do you consider required viewing?

I think I’m going to say Krzysztof Kieślowski’s The Decalogue, which is this 10-part series of 1-hour films or episodes that were made for Polish television in the late 1980s. Each of them deals in a very abstract way with one of the 10 Commandments…

Just the fact that he was able to create 10 stand-alone pieces of cinema that somehow relate to each other in ways that are not obvious and that have this moral ambiguity… All of them are very subdued and written in a way that doesn’t have easy answers. It’s not black and white.

You saw 40 films at Sundance this year. What is your personal record for the most movies you’ve watched in a day?

I definitely don’t recommend it, but at Sundance I saw five films in a row one day this year. To me, that’s a test of endurance. But also, for you to watch that many films consecutively at a festival, the stars have to align. The times have to be right – you have to be at the right place, the shuttles have to be on time.

Honestly, that I’m still doing it. It’s not a flashy, glamorous profession as some may think, especially if you’re a freelancer like myself. It’s always a constant battle to get work, to get access, to make a living writing.

In my particular case, being an immigrant, being a DACA recipient, oftentimes people in my circumstances or from my background don’t see themselves in careers like film criticism – which is so far-fetched, so unreachable to work in a field that is often seen to be reserved for a certain type of person with a certain type of education. For me to be here, to have a voice in this industry, I feel like I’m very proud that somehow… if someone can feel that if I’m doing it, they can also be doing it. I feel like that’s always a victory.

Do you have any advice for critics who are still finding their voice?

I think that opening up yourself to watching movies that you assume you’re not going to like is a good way to see what your taste is, see what it is that you really react to. What are the things that you find yourself not liking or liking about a certain movie? I feel like that really opens up your cinematic taste buds. It just gives you a wider palette of the things you’ve seen.

Is there an up-and-coming critic that you want people to check out?

Yeah, there is a young Latina critic. Her name is Kristen Huizar. She won the LAFCA Ruth Batchelor Scholarship, which is a scholarship that the Los Angeles Film Critics Association (LAFCA) gives to young critics from underrepresented backgrounds. She’s in LA and she’s an artist and a writer and reviews films and talks about films from a unique perspective as a Latina woman in LA… I think she mentions often that she uses public transportation, and doesn’t have the LA experience that often gets represented on screen or in the writing. 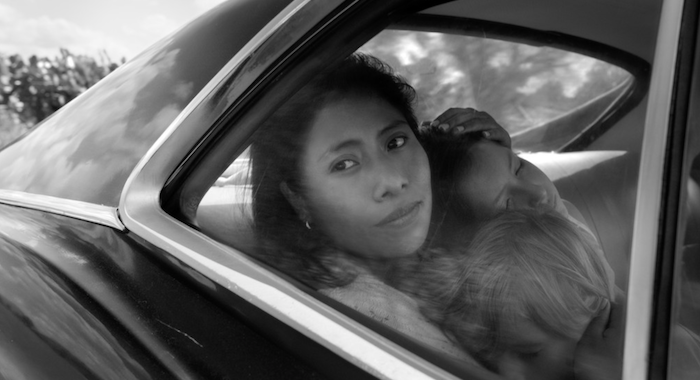 How has the digital landscape influenced your criticism?

It’s definitely the only way that many of us can write today. Most outlets only exist digitally today and because of that, when we get to write something for print, it’s become a big event or a landmark to get something in print because that’s so rare. I do feel that without the digital publishing and digital outlets, most of us wouldn’t be writing today – especially people from underrepresented backgrounds.

I wrote this review-essay for IndieWire on how Roma was an interesting experience for me because I’m someone that was born in Mexico City, but left young and hasn’t been able to return in over half my life.

It was my own memories and seeing the city that my mom left, seeing when she was young. Also, thinking about the fact that I haven’t been there in so long that it’s probably a different city today. It was a strange exercise in seeing the same city where I grew up in from a different perspective and being reminded of the people that you leave behind, the memories that you carry with you. That was challenging to write, to relate those emotions to the film and to express that through that lens.

Is there someone in your life who isn’t a critic whose opinion you admire?

My mom’s opinion when it comes to movies or art in general really matters to me. I remember when I was a kid, she would be very interested in watching Akira Kurosawa and Ingmar Bergman and a lot of international cinema. My mother has a grade-school education. She didn’t go to college. She didn’t even finish high school, but she was always very interested in culture and the arts.

To me, she’s always been an example of the fact that just because you’re not an intellectual or someone that went to a private school or has a degree, doesn’t mean that you cannot be inspired or moved by all types of films.

Carlos Aguilar is a film critic and writer based in Los Angeles. Find him on Twitter: @Carlos_Film.