Just Mercy Star Rob Morgan on Channeling His Grandfather, Joining the Marvel Universe, and the Future

The accomplished actor also chats with RT about working with RZA and Tom Hanks, and how he stays true to himself. 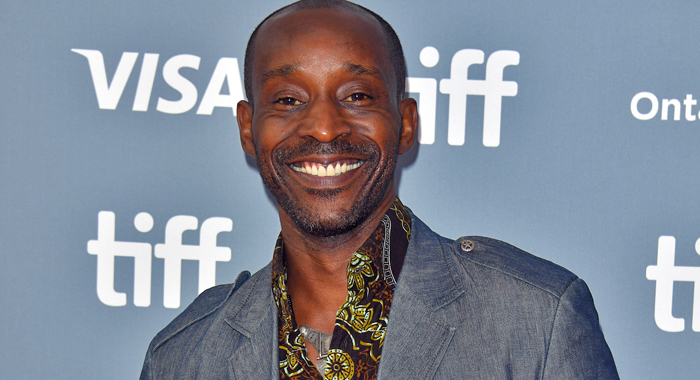 When Rotten Tomatoes spoke to Rob Morgan during his Just Mercy press run, we described the interview as a victory lap, of sorts. Morgan was humbled about the description (“Aww thank you. Rotten Tomatoes for the win, baby.”) The description is apt: Morgan has had a busy 2019. He ended his run as Turk Barrett, the connective tissue of the Marvel Netflix Universe. Not to lag behind, Morgan began doing the film festival circuit with two heavy hitters. The first was he Joe Talbot-directed The Last Black Man in San Francisco, which premiered at 2019 Sundance Film Festival and in which he plays Jimmie Fails’ father James Sr. The second was the Destin Daniel Cretton-directed Just Mercy, based on the book by Bryan Stevenson, which premiered at 2019 Toronto International Film Festival.

Morgan has become known as a scene-stealer, playing understated but impactful roles. As Herbert Richardson in Just Mercy, he commands attention in one pivotal scene in which we follow Richardson in his routine before his execution. It’s equally disturbing and mesmerizing, with Morgan acutely tapping into the emotion of a man who knows his end is near.

We spoke to Morgan about that scene, how he doesn’t lose himself in his roles, what he has coming in future projects, and his skill in industry relationship building: “My most high-profile work comes from directors want to work with me.” 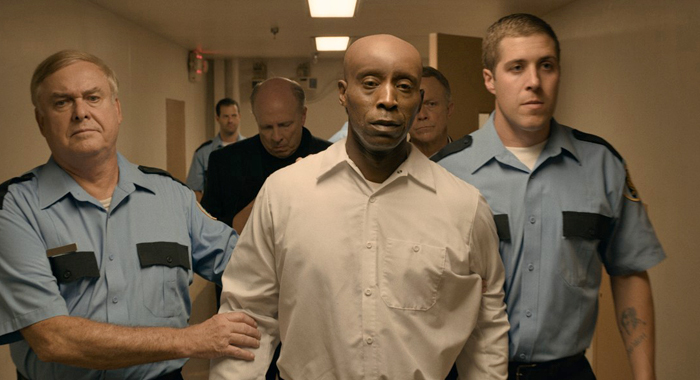 Joi Childs for Rotten Tomatoes: How did you prepare for the role of Herbert Richardson in Just Mercy? Especially that heart-stopping scene as he prepares for his execution?

Rob Morgan: Well, Herbert Richardson, he actually was executed, so I didn’t really have live footage to go off of. I had two pictures of him, and I would just stare into his pictures and stare into his eyes and try to download his spirit. Bryan Stevenson wrote a phenomenal book, Just Mercy, and it was filled with all kinds of information that helped me tap into Herbert’s spirit. And also, just my everyday experience as a Black man in America, I get information that informs me in ways that I can parallel my own life with Herbert Richardson. Maybe not to the high degree of being on death row, but I can still parallel some of his oppressive conditions with my own, just walking around in this society. So, I took a lot of that in my imagination, and when Destin [Daniel Cretton] said action, that’s what we came up with.

RT: Your characters in Just Mercy, The Last Black Man in San Francisco, and Mudbound have the common thread of living through hard times. When you give these understated but powerful performances, how do you avoid losing yourself too much?

Morgan: I trained with the American Theatre of Harlem, and by the grace of God, that was my foundation to understanding the art of storytelling and understanding that I’m blessed to be in a play. I’m not showing up to do brain surgery. I’m not showing up to cure cancer, but I’m showing up to play and give voice to the voiceless. I love who I am as a person. So, I love my lifestyle. I love playing chess, you know? I love fumbling around on the guitar, I love being present with people. So, I don’t lose myself so much, because I love who I am. It’s a skill of being able to go in and understand that I’m doing this for a slice of time compared to somebody that actually had to live this for their whole life. They couldn’t stop when they said cut. They couldn’t take the outfit off, you know, like, Hap Jackson, the sharecropper I played in Mudbound. 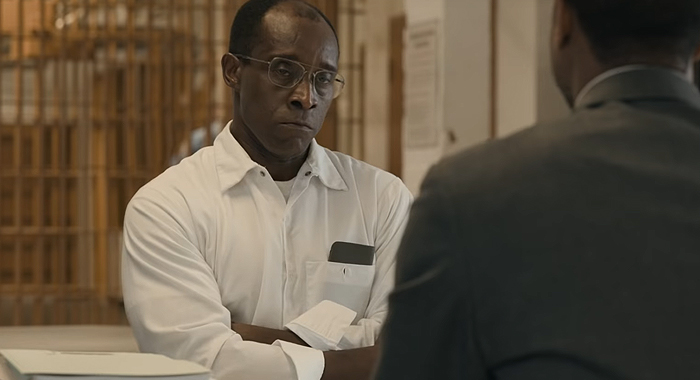 You know, my grandfather, he had that lifestyle, so I was able to tap into my grandfather. I actually used his name in the movie, I ad-libbed because I was pulling from him so much. I know these people and these people are in me. So, I used the ability to tap in when I need to to tell those stories. But at the same time, I love who I am enough that when they say cut, I’m able to come back and be Rob Morgan.

RT: Let’s pivot to something a little lighter: You truly are the connective tissue of the Marvel Netflix Universe. What motivated you to continue to be a part of all those series, even in small moments?

Morgan: Well, I mean, Julie Schubert, a casting director in New York City, called me in to audition, and they seemed to have liked my take. And the character Turk Barrett is actually written as one of the only characters that goes in and out of the whole universe. He was so much more in the actual comic book world that we didn’t get a chance to explore, but I pretty much just showed up when they called my name. When they said, “Hey, Rob, we got a scene for Turk. Come through,” that’s when I showed up. Yeah, I mean it was a fun experience. I didn’t realize how the fan base was just so heavy. You know, I get recognized for Turk Barrett probably more than any of my other roles, even more than the Stranger Things role. But yeah, I just auditioned, tried to be an actor to get a job, and fortunately, they liked my personality and style and saw what I could bring to the character, and I just showed up when they called me. 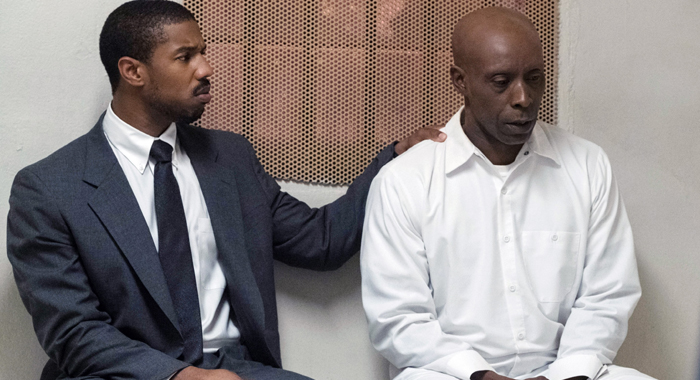 RT: You have a busy 2020 with three anticipated films: The Photograph, Cut Throat City, and Greyhound. Can you speak about the projects?

Morgan: [For The Photograph] Man, that was a great project to be a part of. And for them to trust me with the character, I was completely honored. I think Issa Rae has a great finger on the pulse of getting good content out there. So, I thought it was just a win-win situation to be working with that caliber of visionaries and storytellers, you know, of our time. And my man, James Lopez, who was one of the producers, he gave me the thumbs up on Stella Meghie. Again, Stella Meghie, the director of the movie, she had all these options, and she was like, “Scratch all these names off. Get me Rob Morgan.” That’s really how that happened, too, again. My most high profile work comes from directors who want to work with me. That’s how I got that, too. Stella Meghie was basically like, “Nope, I don’t want to see none of these people. Show me Rob Morgan.” And I went and met with her, we clicked, and I got the job.

Cut Throat City, William Clevinger is one of the producers. Kyle Tekiela was one of those producers on Mudbound, so they were familiar with my work. The project came up, my window of opportunity was open, and they squeezed me in. I thought it was a treat to work with some hip hop royalty. I feel like [RZA is] a successful composer of music in films, and then for him to go into his directorial thing, I wanted to be there and support the brother. And he trusted me with his vision, and it was kind of like a powerhouse cast movie, because you got Wesley Snipes, Isaiah Washington, you got Denzel Whitaker. I mean, you got, like, Eiza González, you know, you got so many heavy hitters in this movie, it’s like, “Hey, man, I’d love to come down there and play with them.” You got TI in the movie, you know, Tyron Woodley from the UFC. So, it felt like one of those movies that was just going to have a huge market of eyes on it. Where it’s at right now, I don’t know. I think it’s coming in South by Southwest — I’m not sure — but I don’t know where the movie is now.

[For Greyhound], to work with Tom Hanks and to see how open and giving he is as such an A-list actor, it just shows you how it’s not the heaviest stuff we do. Tom Hanks, when you meet him, he’s a such a cheerful, open, giving, fun guy. You would imagine this star that’s been in our living room for 20-plus years would have this kind of personality, but he’s still a beautiful, giving human being. And it was a real treat to work with Tom Hanks. And now, when he sees me, he’s like, “Rob!” I’m like, “Tom!” It’s like, “Wow, I actually can call Tom Hanks a friend.” So, yeah, it was beautiful.

RT: Last question: What’s your personal secret to building relationships in this industry, especially with an expansive resume like yours? 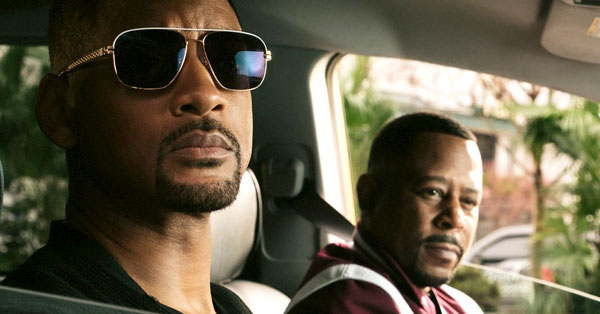