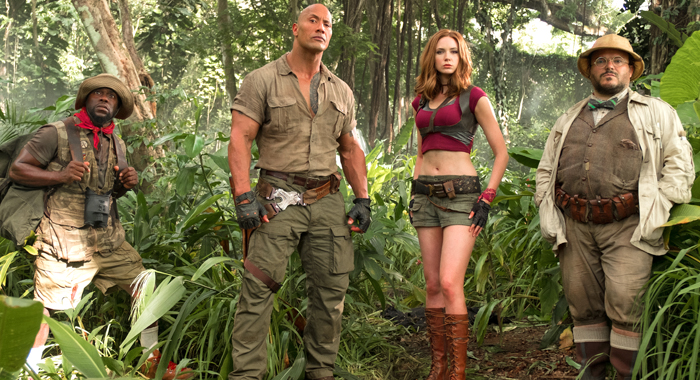 Every year, there’s at least one family-friendly piece of fantasy fluff out at Christmas. This year, it’s Sony’s Jumanji: Welcome to the Jungle, which doesn’t need to be great for any other reason than to honor the beloved 1995 original starring the late Robin Williams. Despite its 48% Tomatometer score, the 22-year-old adaptation of Chris Van Allsburg’s classic children’s book has earned a devoted fanbase.

Now those fans can rest a bit easier about the upcoming sequel, which stars Dwayne Johnson, Jack Black, Karen Gillan, and Kevin Hart as avatars for a group of teens trapped in a video game. Critics who have seen the movie have been sharing their reactions on social media, and the consensus is that they were all pleasantly surprised by the reimagining of the story, as well as the way it respects the 1995 movie’s legacy.

Here’s a sample of what critics are saying on social media:

There’s a lot of laughs and heart in Jumanji. Cast has some pretty special chemistry and the game angle totally works. Props to The rock, Kevin Hart, Karen Gillan and Jack Black for playing kids so well!
– Rob Keyes, ScreenRant

Hey, about that new Jumanji: It’s fun! It’s the kind of family-friendly outing that should help settle a lot of debates this holiday season. Jack Black is very, very funny, and I kinda love how they attempt to make it a true sequel to the original with some wonky engineering.
– Kate Erbland, IndieWire

Happy to say that I was pleasantly surprised by Jumanji: Welcome To The Jungle. It’s fun and funny in equal measure, and makes smart use of its great stars. Not much of a universe-builder for a fantasy sequel, but definitely a reinvention that works.
– Eric Eisenberg, CinemaBlend

Saw Jumanji! It’s light on nostalgia (besides a handful of Easter eggs), but a lot of fun. The body swap stuff is SO good. Could watch Jack Black play a teenage girl stuck in Jack Black&#39;s body, or The Rock newly discover his muscles, forever.
– Mike Rougeau, IGN Movies

Now that the social embargo for Jumanji: Welcome to the Jungle is up, I will say that Jack Black’s performance is perfection personified and deserves 12 Oscars.
– Rebecca Pahle, Film Journal International

The new Jumanji is a ton of fun and succeeds by not trying to make a film even remotely similar to the original. It’s vindicated of comparisons, while also giving a nice nod or two to Robin Williams. My only real issue with the new Jumanji is that there’s not nearly enough Missy Pyle.
– Corey Chichizola, CinemaBlend

I can now say that the biggest surprise of the holiday season is Jumanji. It’s super entertaining and very funny with terrific cast chemistry (especially between The Rock and Kevin Hart). Video game fans will dig it even more. See it with the whole family.
– Erik Davis, Fandango

Jumanji: Welcome to the Jungle opens everywhere on December 20. 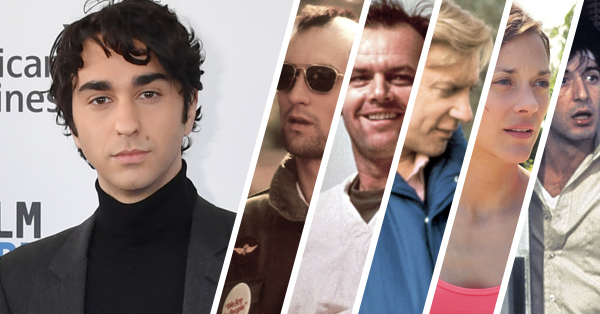