Plus, A Dog's Journey completes its mission and The Sun is Also a Star could shine brighter.

The third chapter in the story about a character who avenges his dog (Keanu Reeves stars in John Wick: Chapter 3 – Parabellum), a new film about a pup’s adventure (Josh Gad voices the titular pooch in A Dog’s Journey) and a teen drama based on a dog-eared best-seller (Yara Shahidi and Charles Melton play young lovers in The Sun is Also a Star), make up the movies heading into wide release this weekend. Which one gets the critics’ top pick? 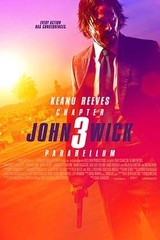 Keanu Reeves returns to the slick action-adventure franchise as the titular ace assassin who now has a $14 million bounty on his head after he killed a member of the international assassin’s guild, the High Table. Chad Stahelski, who directed the first films (David Leitch co-directed with him on the original), returns with original John Wick writer Derek Kolstad, among others, penning this script. Laurence Fishburne also returns as the crime boss and ornithophile, The Bowery King. This film is tracking slightly better than the prior two from the franchise, which, respectively, have 87% and 89% Tomatometer scores. 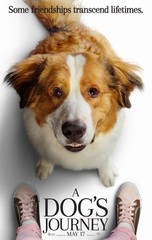 Director Gail Mancuso, an accomplished television director whose recent credits include family-friendly series like Modern Family and Black-ish, has gone not just for sweet, but the saccharin with her first feature film. Josh Gad voices a dying dog named Bailey who promises his “boy” Ethan (Dennis Quaid) that he’ll keep tabs on Ethan’s granddaughter as his soul prepares to enter the body of a new dog. Whether critics see this gimmick as manipulative or moving, the film will probably still find a box office showing with families looking for an afternoon activity – and so far reviews say it’s a hard tearjearker to resist. 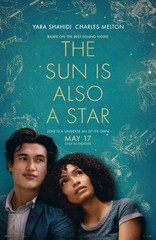 Tracy Oliver, who has made a name for herself for writing or co-writing female-positive films like Girls Trip and Little, is trying her hand at the teen romance genre with this adaptation of Nicola Yoon’s novel, The Sun is Also a Star. Yara Shahidi – whose Black-ish co-star, Marsai Martin, coincidentally, starred in Little – plays a Jamaica-born quantum physics student named Natasha who falls for Charles Melton’s sweet exchange student, Daniel. The young lovers soon face real-life consequences when Natasha’s family faces deportation. Despite the topicality of Sun, and the winning performances of its talented leads, most reviews say the film flames out as it stretches believability.