The Late Night host throws praise at some classics (Airplane!), a modern favorite, and absolutely loses his s--t over a hilarious documentary.

This year, Jimmy Fallon marks five years as host of The Tonight Show, arguably the most coveted regular hosting gig on the planet. He and his team have been celebrating the milestone with some of the series’ most ambitious episodes ever, episodes that mean a ton to the comedian personally. In February, on the show’s fifth anniversary, Fallon paid tribute to one of his own comedy inspirations, Garry Shandling, by surprising viewers with a faux behind-the-scenes documentary episode, a la The Larry Sanders Show. (A BTS moment in which he’s yelling at teenage animal expert Bob Irwin, son of Steve, is gold.) In January, he kicked off the year by taking a crew to Puerto Rico and shooting an episode on the island, which is still working through the aftermath of Hurricane Maria. Fallon says he was inspired by Lin-Manuel Miranda’s staging of Hamilton in San Juan, and at a recent Q&A at the Writers’ Guild of America, described his Puerto Rico episode “one of my proudest moments of anything we’ve ever done on any show I’ve ever been a part of.”

Those who first saw Fallon when he was part of the Saturday Night Live cast during some of the show’s best years – he crossed over with Will Ferrell, Tina Fey, Rachel Dratch, Tracy Morgan – would likely be unsurprised to now see the comedian thriving in late night. He stood out back then because he was quick, armed with a flotilla of impressions, and, as a bonus, could sing. Today, he puts those skills to work nightly on The Tonight Show. Fallon says he developed those skills watching and learning from comedy’s greats. As he gears up to close out his fifth year, and come back for a sixth, seventh, and eighth – he is contracted until at least 2021 – Fallon sat down with Rotten Tomatoes to pay tribute to some of those legendswith this list of his five favorite comedy movies ever. (Note, he was quick to caveat that he has so many more than five.) 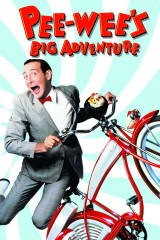 My personal favorite comedy growing up, and something that really influenced me, was Pee-wee’s Big Adventure, directed by Tim Burton. I love this movie because Paul Reubens is just brilliant; [he] plays this character Pee-wee Herman, and the creativity that’s put into this movie, it was like, what else can you add to make this movie [funnier]? Just the opening shot of him waking up, and there’s like a Rube Goldberg contraption of how he makes toast and breakfast in the morning; he drops a ping-pong ball, it hits a candle that turns on and burns a rope that breaks and swings a hammer… It was so creative. I remember being a kid, I watched that movie probably 300 times. I memorized it. I used to do the voice; I had to stop doing it.

It’s a movie, to me, about how far can you dream. Someone steals his bike, and he tries to get his bike back, and through this adventure he ends up pitching his story to a movie studio, which makes his adventure into a feature film at the end. It’s just great that he thought this movie up and wrote it, with Phil Hartman, who was one of my favorites from Saturday Night Live. It’s for kids, but it’s for adults. He’s just such a good actor in this movie – Paul Reubens should have gotten an Oscar for this. 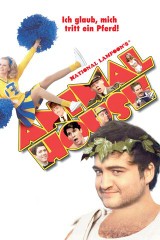 Animal House is a classic. You should have a DVD copy of it, you should stream it, you should just have it always. You should get the celluloid, and have it playing in your backyard. It is brilliantly written, based off of a National Lampoon article about college life. I personally love John Belushi. I love the casting in this because everyone looks like they’re probably 50-years-old to be honest, and yet they’re in college. (At the time, that’s the way things worked: Grease had John Travolta, so you’re like, really, does he look like a high school kid?) But everybody was cast perfectly in [Animal House]. There are so many subtle jokes. It makes you cheer. You see a young Kevin Bacon, [he] makes a cameo. There’s great music. There are so many quotable lines, and it is definitely a go-to comedy for me. 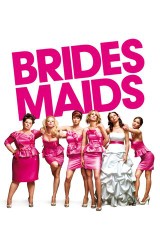 Bridesmaids: If you have not seen it yet then you probably don’t live on Earth. But if you do live on Earth and haven’t seen it you should check it out. It is one of the more modern of the comedy choices I picked, because if you want to see genius comedy – I mean genius, brilliant comedy – Kristen Wiig will just teach you a lesson, and show you how to be funny. She’s unbelievable in this movie. The story is relatable. If you didn’t think Kristen could be funnier, then get ready for Melissa McCarthy, because she hits you over the head with a cinder block of comedy. It is unbelievably well-written, well-acted, well-directed…one of my faves. 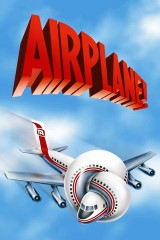 This was spoofing these airport movies that were big in the ’70s. When you watch, there are so many quotable scenes, but one is [where] there’s a little boy who comes up to the cockpit of the airplane, and Peter Graves is the pilot, and he goes, “You ever been in a cockpit before, Joey?” And he goes, “No, sir, I’ve never been on a plane before.” He goes, “You ever seen a grown man naked?” And the kid acts perfectly, acts like he didn’t hear what he said, really, and then the questions get crazier. He’s like, “Joey, you ever been in a Turkish prison?” Kareem Abdul-Jabbar is the copilot. It is just so well-acted. There are so many jokes – it is jam-packed with jokes. You won’t ever forget Airplane!; [it’s] one of the best comedies I’ve ever seen in my life. 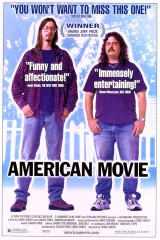 This is a comedy for you movie nerds (but that’s probably why you’re on Rotten Tomatoes anyway, because you are a film nerd). This movie is called American Movie, and it’s a documentary comedy. Man, oh man, I remember seeing this film with Horatio Sanz: we were in the theater, and we were crying so hard from laughing, we were hugging each other and punching each other because we were laughing too hard. It’s about a man trying to make a horror movie. He calls it Cove–en, and it’s about a coven, but he doesn’t like the way “coven” rhymes with “oven,” that doesn’t make sense, so he calls it, mispronounces the title for his film, and calls it Cove-en.

He takes a dentist, a local dentist [who] wants to be an actor, and he’s ramming his head into a closet that he was supposed to have scored so that it easily breaks away, but he forgets to score the wood so he’s actually ramming a human’s head into a wooden cabinet. [The man] is screaming, and he’s ramming this poor man’s head into the thing. So cut, and the guy’s holding his head. He’s like, “Oh, my gosh.” He’s like “Uh, man, I’m sorry, I forgot to cut that board.”

It’s one of the best movies I’ve ever seen. It will make you cry laughing. If you love filmmaking, you will appreciate this. The two guys, the two stars of the movie, are true stars.