Jason Isaacs Responds to Russia’s The Death of Stalin Ban

British actor also confirms he is currently filming The OA season 2 and said audiences may see the sci-fi/fantasy series return in December. 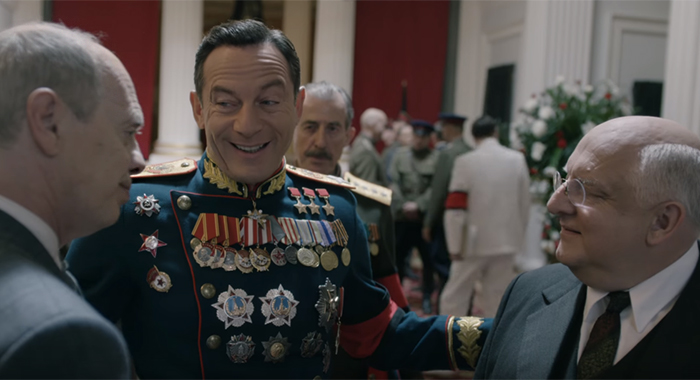 The Russian Culture Ministry on Tuesday yanked the distribution license for black comedy The Death of Stalin, which is Certified Fresh with a 97% Tomatometer score. Jason Isaacs, who appears in the film as Red Army Field Marshal Georgy Zhukov, told Rotten Tomatoes “it was odd to be singled out.”

“It was the Politburo and the politicians at the Culture Ministry, who are trying to revive Stalin’s name,” Isaacs said. “They called [the film] all kinds of names. It’s obviously a comedy — a very scathing, brilliant, satirical comedy — but they’re saying it’s ‘wholly inaccurate.’ The weird thing about it is: all these things that happen in the film actually happened.”

I thought they had gone a bit over the top with @jasonsfolly's costume/medals in @Death_of_Stalin, but they actually toned it down a bit.? pic.twitter.com/Y0ewqJOAcx

The actor made the comments in a conversation about his Star Trek: Discovery role as Captain Gabriel Lorca that will be published on Sunday following the debut of episode “What’s Past Is Prologue” on CBS All Access.

On Wednesday, the New York Times reported that The Death of Stalin was denied distribution in Russia for “extremism,” and quoted a Ministry official as saying, “The film desecrates our historical symbols — the Soviet hymn, orders and medals, and Marshal Zhukov is portrayed as an idiot.”

Russian culture minister Vladimir Medinsky had previously denied that the film would be banned, citing “freedom of speech,” the Times reported.

Enemies of the nation cower in fear at the mention of General Zhukov. War is his art and a rifle his crayon. #TheDeathOfStalin pic.twitter.com/o7D2Xv8igm

Isaacs defended the film’s accuracy, but otherwise took the news in stride.

“It was odd to be singled out by name by the Kremlin — possibly by [Russian President Vladimir] Putin himself,” he said.

“I’m thinking, Holy sh–, am I on somebody’s list now? Am I going to need a spore drive to get out of this?” he joked, referring to Star Trek: Discovery technology known for facilitating quick escapes. “I hope they develop a sense of humor very quickly before the irradiated tea bags arrive at my house.” 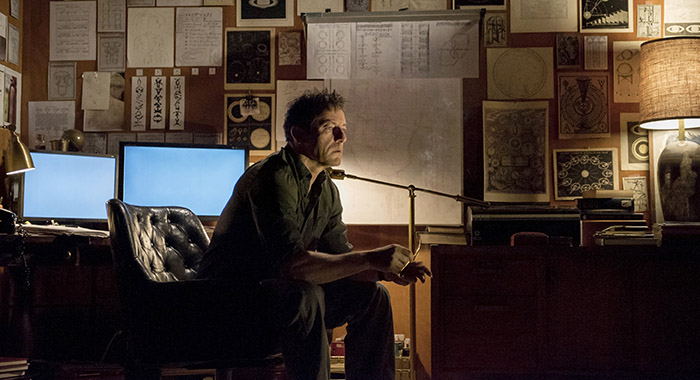 Isaacs also shared that he is currently shooting season 2 of The OA, Netflix’s hit sci-fi/fantasy series, in which he plays angel-napper and scientist Dr. Hunter Aloysius “Hap” Percy opposite show co-creator and star Brit Marling.

“I suspect it will come out in December, like the first season did two years ago,” the actor said.

The Death of Stalin will be released in select theaters in the United States on March 9.