James McAvoy, Dafne Keen, and Their His Dark Materials Co-stars on 'Awful' Parents and the Battle to Come

For His Dark Materials star Dafne Keen, the show was both a setting to grow up and an aspect of the process.

“They could have cast older actors,” she told Rotten Tomatoes about the creators of the three-season fantasy series returning tonight on HBO. “[But] I think the reason we were cast so young … was so that we could actually be realistically portraying 13, 14, 15, 16 — whatever age we were at the time — and do it in an actual 13-year-old way.”

Though the second season saw both her and co-star Amir Wilson sliding back a bit and playing younger as Lyra Silvertongue and Will Parry, respectively, the third season gives them the opportunity to reflect their actual ages.

“It’s really weird to think that we have — at least, I have all of my teenage years on camera,” she said.

Wilson added: “It’s probably more interesting for the people we work with. I only noticed when I grew a beard in between filming and maybe got a bit taller … it’s a gradual process.” 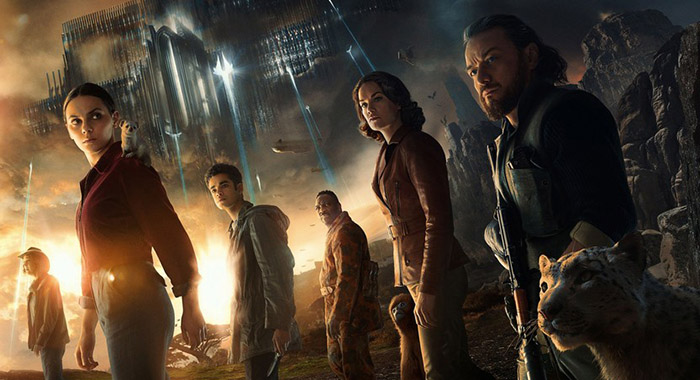 Those familiar with The Amber Spyglass — author Philip Pullman’s third book in the His Dark Materials trilogy — know those steps into maturity, while also imperceptible to Lyra and Will, matter a great deal to the conclusion of his tale of a multiverse where angels are real, the church-like Magisterium holds sway, and the inhabitants of Lyra’s universe have externalized versions of their souls called “daemons.”

Nevertheless, a few surprises are still in store for the pair and for viewers, as the concluding set of episodes make their way to the cable network and its streaming service, HBO Max. And, thankfully, the two young actors, along with co-stars Ruth Wilson and James McAvoy and executive producers Dan McCulloch and Jane Tranter, spoke with Rotten Tomatoes about the program’s final act, the remaining challenges for the characters, and what Tranter will take with her from His Dark Materials back to Doctor Who. 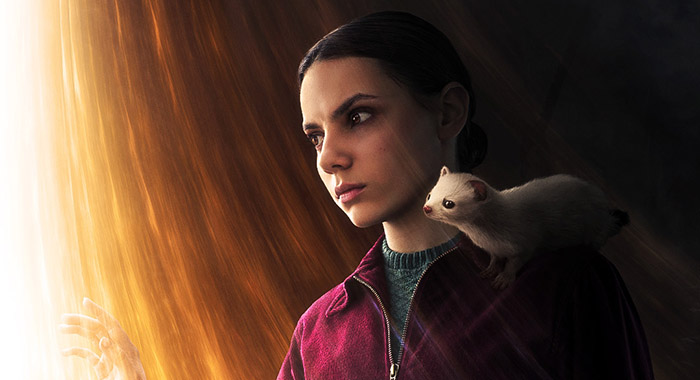 First Keen had to praise the chance for Lyra to rest after almost a season’s worth of running in the second year.

“Mate, it was a blessing,” she said of her early season 3 scenes, which find her character in a very different mode. “I won’t lie to you I fell asleep a few times on camera. My excuse was: ‘I’m being method [by] taking a nap on set.'”

For those needing a quick recap: While Will was off finding his father and accepting his role in the coming battle with the Authority, Mrs. Coulter (Ruth Wilson) caught up with Lyra and took her — elsewhere. Season 3 picks up with the two, mother and daughter, in that other place and not exactly bonding. In fact, Lyra is incapacitated in a way that many may find surprising – even Keen was surprised when she finally saw the assembled scenes during an ADR session months after filming.

“I see the things that Ruth is doing and they are so messed up,” she said. 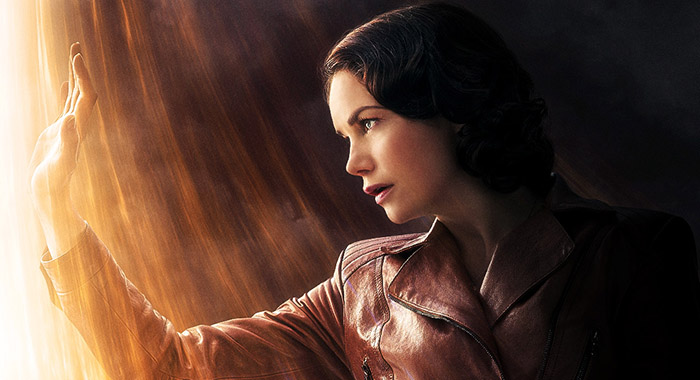 Of course, Wilson, playing Marisa Coulter from the inside out, had a slightly different perspective on the situation.

“She’s starting to understand what was important,” the actor explained. “That she did love her child.” But at the same time, love may still mean something different to a person Wilson describes as the “ultimate survivalist.”

“She doesn’t really believe anything. And so she clings onto power by just being where power resides,” she said. “She’ll just flip her opinions depending on who’s in power. At first, it’s Magisterium. Then she starts getting an inkling that maybe her daughter’s powerful and so drops them and jumps onto her.”

Wilson surmised that Coulter’s form of love may be genuine, if unavoidably mixed with a level of narcissism.

Much of Lyra’s story this season will involve confronting both her parents’ shortcomings. 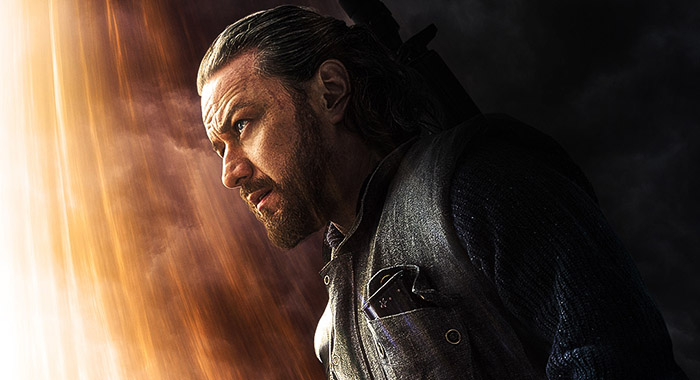 For McAvoy, this meant approaching Lord Asriel Belacqua — missing for almost the entirety of season 2 – in a new way.

“He’s become a revolutionary leader by the time you’re in season 3,” McAvoy said. “One who doesn’t quite have a fight yet. So, he’s got the gun, he’s got the hairdo, he’s got the bulletproof vest, he’s got the army, he’s all the soldiers, he’s got a castle made out of red metal. And he doesn’t have a kingdom of heaven to fight [yet], and so he is spoiling for a fight. His ego is bigger than his fight … He’s been wanting to fight probably ever since he killed Marisa’s husband, and he got cast out of society. He had nothing else to do except look for another way to be important.”

The image is in stark contradiction to the “English Edwardian Indiana Jones wannabe” of the early first season or even the man glimpsed at the end of season 2 offering the deposed angels a chance to take on the Authority. To complete the picture, Asriel is even seen toting an AK47U assault rifle — “I got quite acquainted with it,” McAvoy said.

But the actor also believes Asriel, with the sort of British public school education that “takes people and tends to make sociopaths on purpose” was headed in this direction even if he had remained in good standing with the Magisterium.

“You’ve got this class of people whose completely comfortable going, ‘200,000 men, run into those machine guns. Go. And I can go eat my dinner afterwards,'” he said. “He’s a product of that kind of class system and that kind of structure that ended up making him part of this male-dominated, sociopathically-led society.”

In fact, both actors believe their characters would’ve been hard-pressed to raise Lyra with the care or even affection required just by virtue of growing up in the universe of the Magisterium.

“They’re both pretty awful,” Wilson said. But that led her to consider the outweighed place sin has in their characters’ society and what it seems to mean for Lyra. “Those two had an affair … it was a sin around sex or the sin around sexual encounter that was considered a complete taboo. And the same with [the biblical] Eve. That is what Original Sin is. And so in similar way [Lyra] came from this sort of ‘sinful’ encounter.”

The Magisterium already suspects Lyra as a new manifestation of Eve, making her journey all the more perilous even as the Authority’s kingdom of heaven makes ready to war with, well, just about everyone else.

And make no mistake, a war is coming. According to Tranter, it is still “the kind of war Asriel says in season 1, episode 1 is coming; the war between those who want to suppress information and knowledge and those who want to free it.” But as suggested in The Amber Spyglass, that conflict may take on a certain shape. To build up to it an interesting way, Tranter said part of the job in adapting the novel was giving Asriel a greater presence.

“We took some time in showing what can his science do, how the intention craft works, how he recruits people from other worlds, and what is the makeup of his republic,” she explained. “We thought it was interesting to see how Asriel was marshaling everyone.” 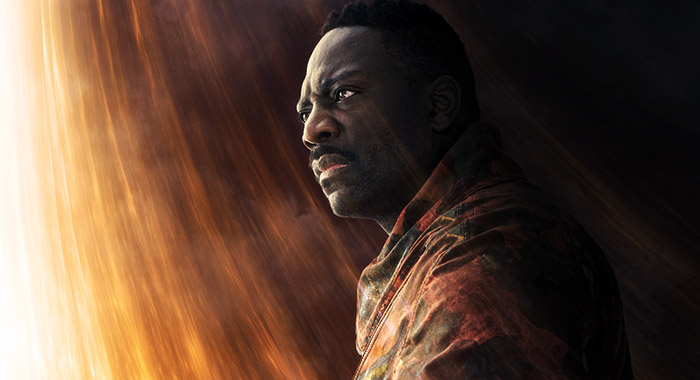 Aiding in that exploration is a new character, General Ogunwe (Adewale Akinnuoye-Agbaje) — a slight rethink of the novel’s King Ogunwe. “What’s helpful about Ogunwe is he gets to refresh our thinking about why we’re there,” McCulloch said.

“Asriel is suspicious, we’re not always sure exactly where he is [psychologically] or where he’s going next. He’s not the kind of friendly, grabby-by-the-hand kind of guy and show you the new kind of promise land,” he continued. “Ogunwe allows us to doubt it, to question it, to understand it, and to learn again about what [he’s] fighting for.”

Meanwhile, the Magisterium gets reinforced with Father Gomez (Jamie Ward), a “next gen” member of the order who represents a scarier and younger faction.

“[He’s] even more set on his mission to eliminate Lyra at whatever it takes. We see that early on, and we see just how disturbed a young man he is,” McCulloch said of the character. 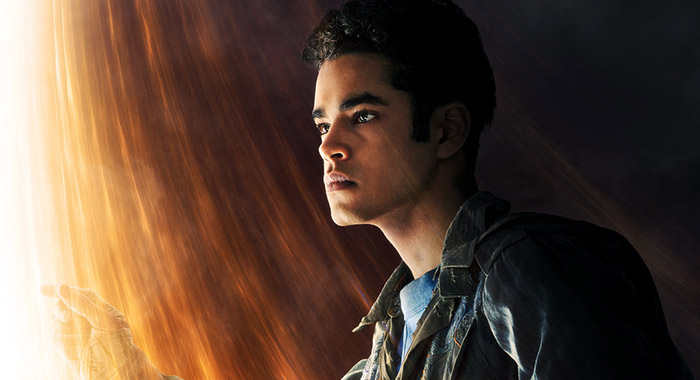 But the physical threats still posed by the Authority and the Magisterium underscore Lyra’s journey to maturity and what Keen said is an attempt to “as an almost adult herself, understand adult emotions in a more mature and new way.” Of course, as readers of The Amber Spyglass know, it will lead both her and Will to a strange place and several important moments of closure.

“I feel like everything’s come into a full circle,” Wilson said of the season as a whole. “Everything’s rounded off and questions are answered and I’m glad it’s not necessarily ended on some sort of crazy cliffhanger.”

At the same time, Pullman continues to write stories about Lyra and the multiverse around her. But at this point, Tranter and Bad Wolf, the production company behind His Dark Materials, have no plans to adapt the Pullman’s second trilogy, The Book of Dust — or at least not as a direct continuation of the His Dark Materials TV adaptation.

“I think Philip didn’t know about The Book of Dust when he completed His Dark Materials, so, it’s thematically pure unto itself,” she explained.

The first book in that cycle, La Belle Sauvage, is set when Lyra is much younger, while the second installment, The Secret Commonwealth, picks up with her at age 20. The third as-yet unpublished novel will presumably continue with the older Lyra. 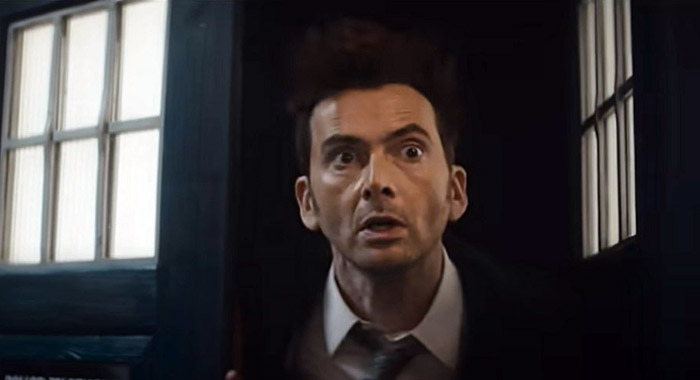 But Tranter and Bad Wolf already have their next project on the horizon: Doctor Who. She first helped the series return in 2005 when she was Controller of Drama Commissioning at the BBC and comes back to the series as an executive producer alongside the returning showrunner, Russell T. Davies. Three specials starring David Tennant as a new incarnation of The Doctor (the fourteenth) have already been filmed by Bad Wolf and the company is readying a new season with Ncuti Gatwa taking Tennant’s place as the 15th Doctor.

Having been on a huge genre journey with His Dark Materials, Tranter said there is a key thing she will bring back from the experience to Doctor Who.

“I think we cherish the fans for sure,” she said. “His Dark Materials fans are amazing. I think what people who are attracted to the concept of daemons and the journey and the themes of it, it’s a kind of magnet for like-minded people really. The Doctor Who fans are exceptional too.”

Related: Doctor Who: David Tennant, Disney+, and Everything We Know About the 60th Anniversary

“Russell T. Davies is the master of this,” she added. “[You should] never ever underestimate your audience and never underestimate a young audience. Seven-year-olds are watching His Dark Materials, and it’s got some of the biggest, chunkiest themes that is possible to lay on an audience in television drama. Russell knows this more than I do, but he’ll take those 7-year-olds by the hands and show them all sorts of life experiences.”