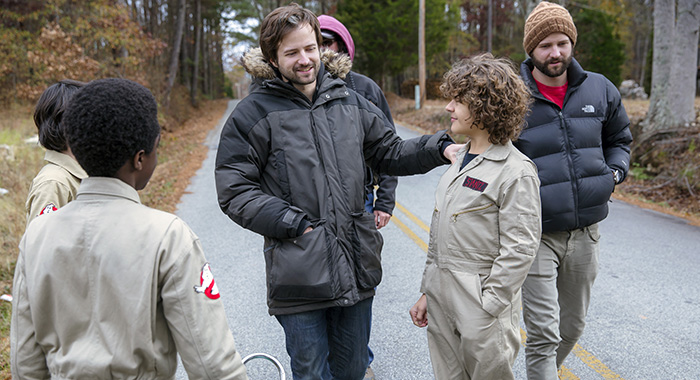 Stranger Things creators and showrunners Matt and Ross Duffer weren’t going to just rest on their laurels for the sophomore outing of their hit Netflix horror series.

“We wanted to explore new flavors and new relationships, and we didn’t want to repeat ourselves too much,” Matt Duffer recently told Rotten Tomatoes.

They certainly succeeded: Season 2 bolted to Certified Fresh status within a day after the review embargo lifted and now has a 94% score on the Tomatometer. Fans got a hell of a lot more than just an extra episode (nine chapters compared to season 1’s eight) with the new season’s October 27 premiere.

While some things remained the same — Joyce Byers still can’t catch a break, and Jim Hopper keeps getting in his own way — the entire structure  between the boys, teens, and antihero adults was rejiggered and reinvigorated for season 2. Thankfully, though, the DNA and addictive appeal of this ’80s throwback horror-thriller remained intact.

Here are four of the biggest ways the Duffers altered Stranger Things for season 2, how those changes made it bigger and scarier than ever before, and how they successfully set the stage for season 3 and beyond.

1. The Kids Split in New Ways 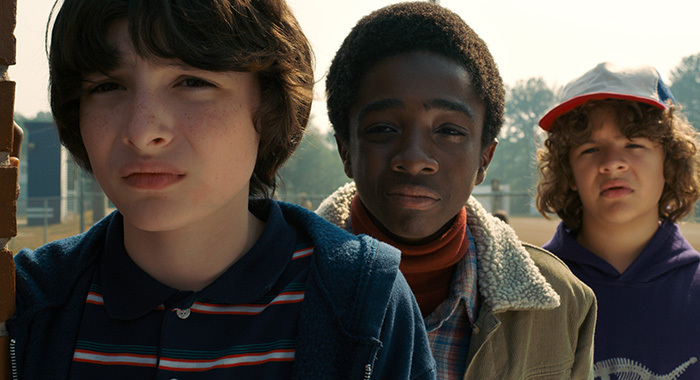 Stranger Things’ out-of-the-gate success went beyond its inherent nostalgia; it was thanks in great part to the lovable interplay between its kid characters: Mike (Finn Wolfhard), Dustin (Gaten Matarazzo), Lucas (Caleb McLaughlin), telekinetic Hawkins Lab escapee Eleven (Millie Bobby Brown), and, for the time he wasn’t stuck in the Upside Down, Will (Noah Schnapp). To mess with that  ensemble was to risk the ire of the series’ massive audience of diehards. The Duffers knew that — but they did it anyway.

After Eleven sacrificed herself at the end of season 1 to defeat the Demogorgon, it was still clear that we weren’t going to be saying goodbye to her forever because A) Brown is a fan-favorite-turned-Emmy nominee and the only child in the party with supernatural abilities comparable to the elements found in the Upside Down. To get rid of her was to get rid of a star and Hawkins, Indiana’s ability to save itself from supernatural annihilation. And B) We saw Sheriff Hopper leaving Eggo waffles (her favorite) in a pick-up spot in the woods. Somebody was eating them, and presumably, it was the young hero. Our hunches on both counts proved true for season 2, but not in ways you may think.

The action of season 2 takes place about a year after the season 1 finale, and Eleven has escaped the Upside Down and been living in a cabin in the woods under Hopper’s watch. For her own protection, she’s still yet to be reunited with Mike and and the gang (to the boys and even her own heartbreak). But if found alive, she’d surely be held in captivity or worse. Hopper is naturally distrusting of Hawkins Lab, despite their claim of having turned over a new leaf under Dr. Owens (Paul Reiser) and looking for a solution to the Upside Down without the imposing menace of Dr. Brenner. 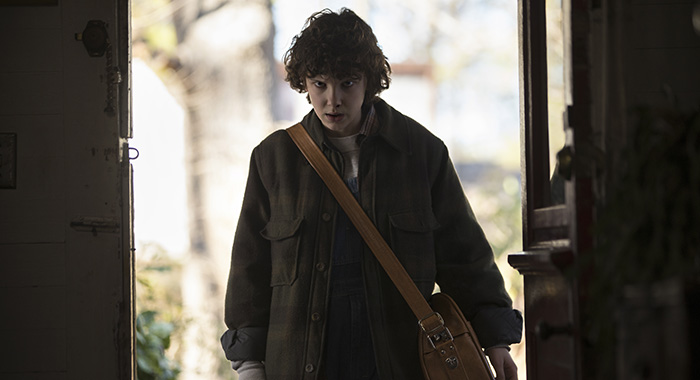 Eleven, for her part, doesn’t have her big Hawkins family reunion until the season finale, after she’s run away from Hopper, paid a visit to her mother Terry Ives (Aimee Mullins), learned of the existence of her sister Kali (Linnea Berthelsen), and come disturbingly close to joining Kali’s team of murderous outlaws (more on that later).

The Duffers told Rotten Tomatoes that to break Eleven away for that long in order to set her on her own path to self-discovery was a hard sell to Netflix “because so much of the success of the first season rested on Eleven’s interaction with the boys, and we were going, ‘We don’t want to do that at all, really.’ ”

2. Newbies Were Added to the Party 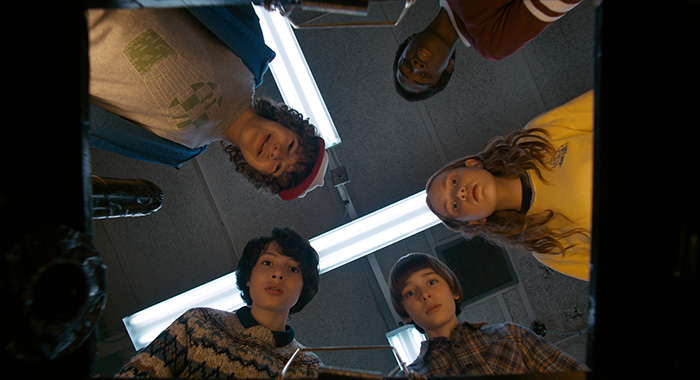 Eleven’s absence may have made Mike’s gang an official boys’ club, but not for long. Max (Sadie Sink), a skateboarding tomboy, joins their ranks soon after being the new kid on the block. While season 1 especially focused on Mike and his relationship with Eleven, season 2’s addition of Max gives the opportunity for McClaughlin and Matarazzo to adequately expand on their characters as they tamely in-fight about who’s going to get the new girl’s affections. Still caught up in his feelings for Eleven, Mike is upset that there’s a new girl at all and that leads to more resentment within the party. Will, in the meantime, is dealing with his own demons — literally.

While these changes to the core party were arguably the biggest risks the Duffers took in delineating from season 1’s formula, they also act as the most refreshing. Max, for one, finagled her way into the boys party like she’s been there all along. And while critics will say that Eleven’s journey specifically felt out of place or just plain bad, it arrives with the understanding of necessity: Of course this young girl whose only “papa” figure wanted to harness her powers against her will wants to learn about her roots (and, potentially, punish the people who did her wrong) once she’s escaped her cage. Every kid and teen goes through their own unique coming-of-age arc. Hers is just especially drastic given her harsh upbringing and special powers.

Which brings us to our second point: Kali and her crew. 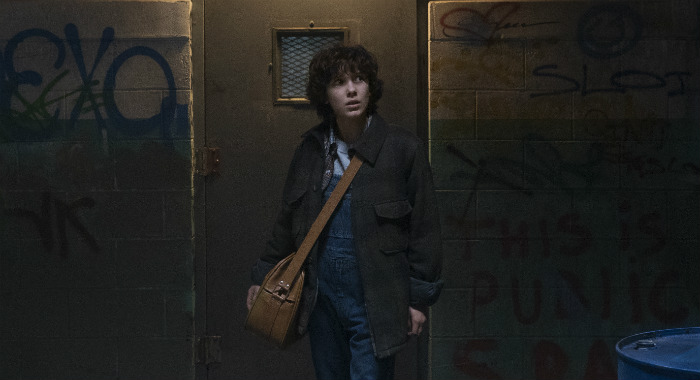 The standalone episode is an oft-used storytelling tool to sometimes close loose ends, to introduce new characters to the series, or to show a different side of a character that we thought we previously knew. “Chapter Seven: The Lost Sister,” does all that and more — and is the best-made case for a Stranger Things spin-off to date.

Even in a slow-burning string of episodes like this season’s first few chapters, Stranger Things is so naturally propelled forward by monstrous revelations and nail-biting cliffhangers that a standalone departure from that core narrative is at first a bit alarming once “Chapter Seven” comes along: Eleven’s “lost sister,” Kali, introduces our young heroine to a clan of criminals who are dedicated to taking down all who were involved in the torturous experiments on Eleven and Kali in their childhood. While Eleven eventually chooses to not kill in the name of revenge and returns to Hawkins for good, Kali’s mission beguiles viewers in its simplicity — to rise up against the world’s evil — but at the cost of personal morality, offering justification for home invasion and execution. It’s an eye for an eye in Kali’s world, and it’s a world with enough narrative heft to hold its own without Eleven. Plus, if there are even more “numbers” in the world (Kali was tattooed with an “008”), then the possibilities are pretty limitless.

Kali’s return to Stranger Things is “definitely possible,” the Duffer brothers told Rotten Tomatoes, but said that it’s hard to promise anything since they want to focus on developing their ensemble of series regulars. A spin-off may be the answer fans need! It sounds like the Mind Flayer will be keeping Eleven and the rest of her Hawkins buds busy for the next season or two, anyway. 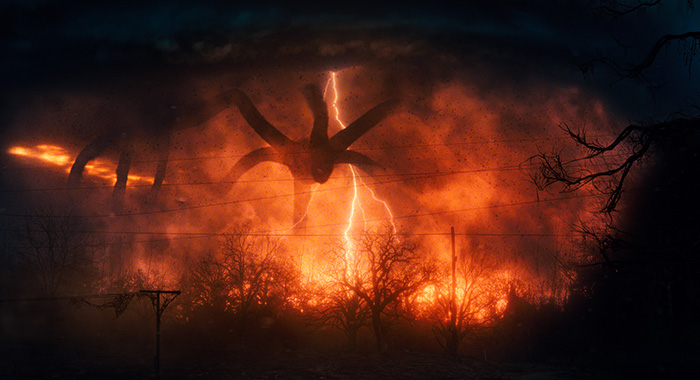 Having a single monster in the Demogorgon for season 1 was the best way Stranger Things audiences to the Upside Down, but it made sense this year to up the ante and show us the real beast that’s at work. Enter the Mind Flayer. A sky-high shadow monster that acts as a hive mind to the Upside Down’s army of Demogorgons was not only bigger and badder than what we saw in season 1, it was more horrific in that it was utterly unknowable.

There’s an ongoing mystery in season 2 of what this thing is, how it’s taken possession of Will, and now that it’s a part of Will, how do they kill it? Well, we got answers to the first two questions by season’s end, but as the finale’s “Every Step You Take” send-off makes clear, the Mind Flayer is still there watching Hawkins and waiting to pounce. While there was debate at the end of season 1 over whether or not the Duffers should make their series a horror anthology a la American Horror Story, the introduction of the Mind Flayer promises a seasons-long battle to save the world, which was intentional.

“Certainly, the Mind Flayer will play a major role in seasons to come,” Ross Duffer confirmed.