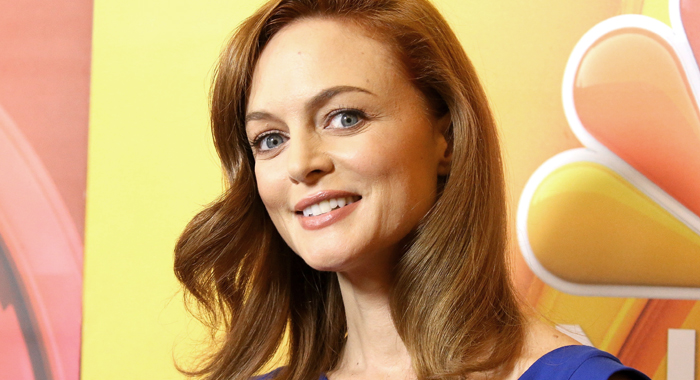 Heather Graham began her career back in the 1980s, and while modern mainstream audiences likely know her best from movies like The Hangover and Austin Powers: The Spy Who Shagged Me, she’s managed an eclectic film and TV résumé full of acclaimed films and popular favorites. It’s a list that includes everything from P.T. Anderson’s Boogie Nights to David Lynch’s original Twin Peaks series, from Swingers to Bowfinger to Drugstore Cowboy and recurring roles on Scrubs and Californication. She also recently completed filming her directorial debut, a comedy called Half Magic.

This week, Graham stars opposite Adewale Akinnuoye-Agbaje in Wetlands, a noirish thriller about a disgraced cop trying to stay out of trouble as he reconnects with his estranged daughter and ex-wife in the outskirts of Atlantic City. When RT spoke with her about her Five Favorite Films, she had some difficulty narrowing down her choices: ” showing love to The Apartment, Midnight Cowboy, The Godfather, and Sophie’s Choice before settling on her top five. Read on for the full list. 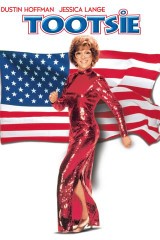 One of my favorite films is the movie Tootsie. I really love Tootsie. I just watched it when I was a kid and for some reason, I just, I’m obsessed with that movie. I think I’ve watched it 100 times. It’s just so funny and fun, and I love it. It’s cool. I like that it’s sort of about women, you know? It’s sort of about how he finds the woman inside himself, so there’s sort of like this feminine aspect to it, and I just love Dustin Hoffman. He’s amazing. I don’t know, I just love that movie. It’s emotionally totally satisfying to me, and it sort of makes me feel good while being interesting and smart. 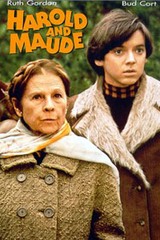 I also love Harold and Maude. That’s another probably equal favorite. I just love the Ruth Gordon character in that. I feel like she is so inspiring to me, how she lives her life. I love the Cat Stevens music. I just remember watching it as a kid, and just some part of me thought, “I want to be like her.” I wanted to be this person who lives life and enjoys life, and no matter what happens, she is finding the positive, beautiful aspects of life. She’s kind of this unconventional woman who’s just enjoying her life. I thought she was super inspiring. I love Harold’s character too, but I think it’s just, as a woman, it’s very inspiring to see that kind of a character in a movie because you don’t often see a movie about an 82-year-old woman who you just really want to be because she’s so cool, you know?

I also kind of like a movie to kind of inspire me and make me feel hopeful in a way, and I feel like that movie does that. There are so many good movies, but they just leave you totally depressed. But I feel like, with that movie, you’re like, “That’s a good movie that makes me feel excited about life.” 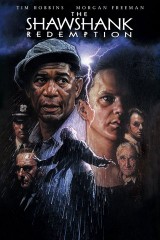 I guess you got to put The Shawshank Redemption in there somewhere, right? That movie was just so amazing. It’s a wild ride, because it’s very emotional. I just remember the line at the end where he’s like, “My friend.” There’s such an amazing friendship plot in that, and then there’s that line at the end that just makes you bawl your eyes out, you know? So, it’s like, get ready for an emotional… It’s very dark. He gets raped in prison. He’s getting attacked. But that story between Tim Robbins and Morgan Freeman, it’s just this friendship plot that runs through the movie. I just thought that was really powerful. 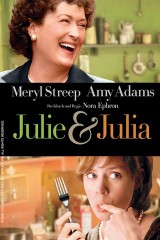 I also really like Julie and Julia. I know it’s not really like a classic movie, but Meryl Streep’s character was so fun in that. 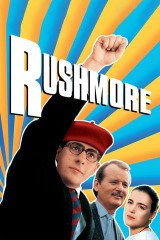 I also really like Rushmore. the Wes Anderson movie. It’s fun to watch. It is not depressing; it’s just so delightful.

Ryan Fujitani for Rotten Tomatoes: You had some difficult narrowing down your list, but that’s not uncommon.

Heather Graham: This is just off the top of my head. If I had more time to think about it, I might have a more refined thought about it. What else do other people say?

RT: It varies, and we get a lot of interesting choices. Some pick a lot of classics, while others talk about those movies they just have to watch if they come across them on TV or something. Others defer to stuff they grew up with. It really varies.

Graham: I think movies that I watched when I was a kid… Sometimes it has a more powerful effect than newer movies you go to see to as an adult, when you’re slightly jaded and you’re like, “Oh yeah, I’ve seen that plot before. Oh, now they’re going to do this. Oh, they always do that in these movies.” You know what I mean?

I feel like when you watch things when you’re really young and you haven’t read a million scripts or seen a million movies, when you’re just seeing it for the first time, it’s like your mind is blown. When I watch a superhero movie, I’m like, “The plot is always the same.” There’s no variation in the superhero movie structure. It’s always going to be the same story, you know? It’s like, something terrible happens, and they win, and that’s the story.

RT: So, unfortunately, I haven’t been able to see Wetlands. Can you tell me a little bit about your role in the film and how you came to be a part of it?

Graham: Well, I read the script, and I really liked it. It’s about this cop, played by Adewale Akinnuoye-Agbaje, and basically my character is from a rich family, and I marry this black cop. But I’m sort of this rebellious girl from this wealthy family. And we live together and have a kid, but then he becomes a heroin addict. We break up, and I take the daughter and go live in Wildwood, New Jersey on the beach and become a surfer and suddenly have a girlfriend. I have a younger girlfriend and live in this little surf shop and party with the surfer people there.

He comes back to try to have a relationship with his daughter, and it’s kind of about how he wants to protect her from some of the seedier elements that… In Wildwood there’s kind of a drug-dealing plot through the girl that I have this relationship with, who is dealing drugs and stuff. It’s kind of a gritty, dark sort of thriller-drama.

RT: You’ve been able to do both films that are broad comedies and some that are serious dramas. Which one you enjoy more?

Graham: I mean, I really like both. It’s really great to get to do both, because there’s something… I mean, I love watching comedy because I really admire people that are funny. I guess I like things that are a mixture, you know? People that do things that are both dramatic and funny at the same time — I kind of feel like that’s the ultimate, when you can do that both at the same time.

But I tried to look at it from the perspective that it was sort of a love story, in a weird way. And then I just started going from there, trying to push further and further with, well, what makes someone insecure or obsessive or jealous or crazy or needy? That was my “in” to the situation. Because otherwise, half the time I would’ve been judging my every move, and you can’t do that.

RT: I feel like it was either Bowfinger or Austin Powers when I first noticed you, so for a long time I primarily had you categorized as a comedic actress in my mind.

Graham: And then I was also in Drugstore Cowboy as a kid, which is more dark.

RT: I think that was one of those times when I just didn’t realize that was you, or I was unfamiliar with you at the time.

Graham: I know, and then people were like, “I didn’t realize you were in Swingers.” And I’m just like, “Yeah, I was in Swingers.” But yeah, it’s fun to be silly. And then, I just directed a movie for the first time, which is fun — directing your own thing and writing it. That was a fun experience.

RT: I recently spoke to William H. Macy, who just opened his second film as director, about transitioning from acting to directing, and he described it as an immensely difficult thing. How was it for you?

Graham: I mean, I feel like the business aspects of it are really hard, but the actual creative aspects of it were so fun that I loved it. I felt like getting the money and getting it all to happen — you know, selling it and doing all those things — that’s stressful, but I feel like actually making it was really, really fun.

It’s not really the planning part of it, because I loved the planning part of it. It’s more raising the money and dealing with how people get money for movies. You know, you get money for movies through getting specific actors, or else getting someone to take a chance on you, and they run everyone’s numbers through a thing. It’s not as creative as you would think. When you really learn about it, there’s like a computer, and you put all the movies the actor’s been in and how much money they’ve made, and if they haven’t made enough money, then it’s like, “No, you can’t hire that actor.”

It’s like a calculator. Someone with a calculator is sayin, “Well, I’ve averaged the money that the movies that this person has been in, and you’re not allowed to cast this person because they are not financeable.” And you’re like, “Oh, is that how movies get made? That’s really depressing,” because you’re watching movies thinking, “Oh, they just hire the best person for the job.”

RT: Aside from that, were there any creative challenges for you as a director?

Graham: I mean, getting the money is totally more of a challenge than doing it, because doing it was fun. I’m sure there’s so much you can learn and you know — I’m new to doing it — but I felt like the business aspects of it were a lot more challenging than the creative aspects, which were just fun.