Get spooky with the Halloween-themed TV series, marathons, episodes, and specials debuting throughout the month of October.

It’s October, people! That means it’s time to sharpen your pumpkin-carving knives, stock up on candy, and…turn on your TV (or at least set your DVR) to celebrate the spookiest holiday of the year. TV networks and streaming services are celebrating Halloween all month long with marathons, specials, series, episodes, and more.

Check back periodically throughout October as we update the list with the latest in Halloween programming! 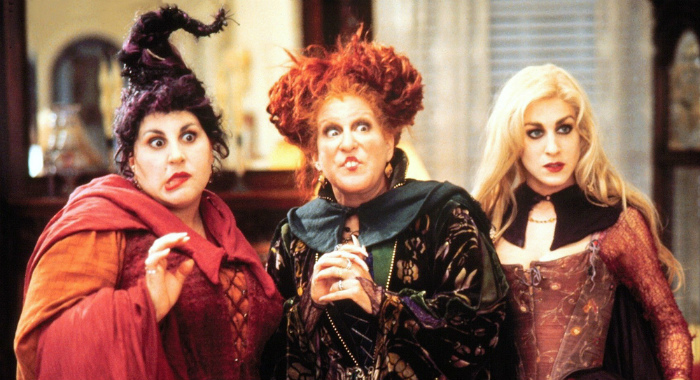 31 Nights of Halloween, Freeform
Expanding from 13 nights to 31, the network is celebrating Halloween all month long for its 20th annual celebration. Programming includes fan-favorite movies (The Addams Family, Maleficent, Hotel Transylvania, The Nightmare Before Christmas, and the exclusive television home for Hocus Pocus), a new special (Decorating Disney: Halloween Magic), short-form content and an all-day Hocus Pocus marathon on the day itself.

31 Days of Halloween, Syfy
The network’s October programming includes the debut of multiple original movies, a new installment of horror anthology Channel Zero, new seasons of Z Nation and Van Helsing, and airings of fan-favorite scary movies including The Texas Chainsaw Massacre, Resident Evil, and The Cabin in the Woods.

Rob Zombie’s 13 Nights of Halloween, HDNET
The cable network is resurrecting the horror icon’s Halloween programming with 13 films hosted by Zombie himself, airing nightly at 9 p.m. beginning Oct. 19. Selections include Zombie’s The Lords of Salem, The Blair Witch Project, Flatliners, and more.

Classic Horror, TCM and Filmstruck
The classic film network is dedicating different days of the week to various Halloween-themed programming. Every Wednesday will celebrate a different Horror Star of the Week (including Christopher Lee, Boris Karloff, Bela Lugosi, and Vincent Price), while Sundays are for the Monster of the Month: The Mummy (programming includes 11 of the best mummy-themed films ranging from 1936’s Mummy’s Boys to 1971’s Blood From the Mummy’s Tomb). On the network’s streaming service, Filmstruck, find a lineup of monster movies, Japanese horror films, and more.

Nerdoween, Alpha/Nerdist
Three new original series from Nerdist will debut on Legendary Digital Networks’ Alpha during October: Bizarre States: California, Vampire: The Masquerade – L.A. By Night, and The Dark Side, in addition to other Halloween-themed programming.

Supernatural, TNT
On Halloween day, TNT will air 12 hours straight of some of the CW hit’s spookiest episodes, including the pilot, “Bloody Mary,” “It’s the Great Pumpkin, Sam Winchester,” “Monster Movie,” and many more.

Halloween and Alfred Hitchcock Collections, Shudder
The horror streaming service is highlighting classics including Halloween, Halloween 4, Halloween 5, and The Texas Chainsaw Massacre; and an Alfred Hitchcock collection that includes Psycho, Vertigo, Rear Window, The Birds, The Man Who Knew Too Much, Rope, and Shadow of a Doubt.

BBC AAAAAAmerica, BBC America
Get in the spooky spirit with a week’s worth of programming with movie marathons, a takeover of The X-Files, and hours of Hitchcockian horror. Plus, the network is partnering with streaming service Shudder for a Saturday of original films seen for the first time on television.

Creeped Out — this horror anthology for kids bows Oct. 4 on Netflix

Light as a Feather -- — based on the children’s game of the same name, all 10 episodes debut Oct. 12 on Hulu

The Haunting of Hill House -- — premieres Oct. 12 on Netflix

Legacies -- — The Vampire Diaries and The Originals spinoff premieres Thursday, Oct. 25 at 9 p.m. on The CW

Tell Me a Story -- — the creepy fairy-tale anthology bows Oct. 31 on CBS All Access

No Escape Room — a father and daughter check out a small town escape room and discover there is something sinister about the place in this original movie debuting Saturday, Oct. 6 at 9 p.m. on Syfy

Cucuy: The Boogeyman — a teenage girl confined to her home on house arrest soon discovers that the nightmarish urban legends of the Mexican boogeyman, El Cucuy, are actually true in this original movie debuting Saturday, Oct. 13 at 7 p.m. on Syfy

Karma — when recent college grad Manny has trouble making ends meet, his father-in-law offers him a job evicting delinquent tenants. Manny soon finds himself unleashing a karma demon which stalks him at every turn in this original movie debuting Saturday, Oct. 13 at 9 p.m. on Syfy

The Good Witch — “The Tale of Two Hearts”

Dead in the Water — an all-female crew on a boat in the middle of nowhere must deal with an invader on their ship in this original movie debuting Saturday, Oct. 27 at 9 p.m. on Syfy 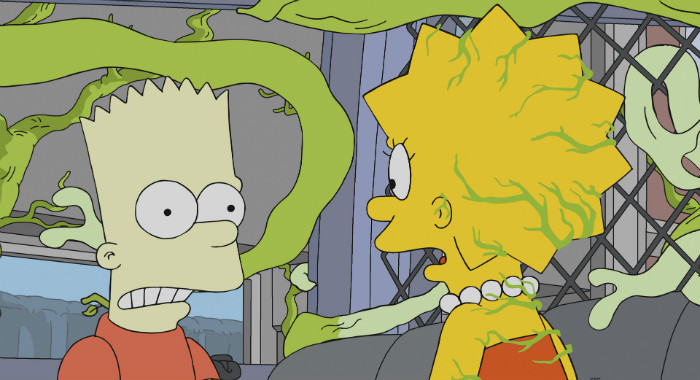