The star of ABC's adaptation of the sci-fi film talks about Easter eggs, time-travel rules, and what else we can expect from the new series. 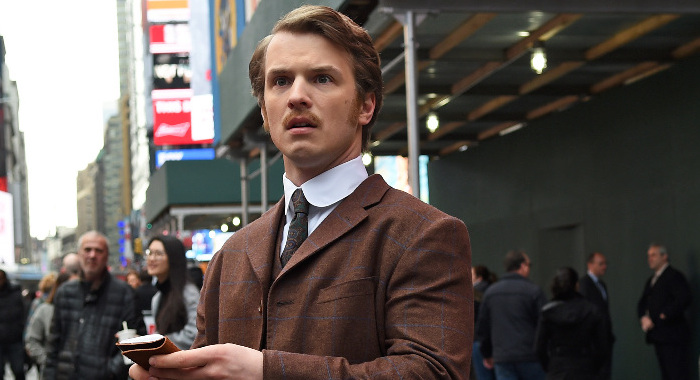 If the makers of the 1979 film Time After Time traveled to the future of 2017, they might be surprised to see a TV series based on their movie on the air. Or maybe not, because time travel always makes a compelling story. What if you could go back and change things? What if you could visit the future and see how things turn out?

The twist is that Time After Time makes H.G. Wells the main character, as the author of The Time Machine travels to the present day to stop Jack the Ripper from continuing his killing spree. Malcolm McDowell played Wells in the movie and David Warner was Jack.

In ABC’s adaptation for TV, Freddie Stroma (the Harry Potter films, UnREAL) takes on the role of Wells while Josh Bowman plays John Stevenson, aka Jack the Ripper. Stroma spoke with Rotten Tomatoes recently and explained the nine ways his show goes beyond not only the original movie, but Wells’ literature itself. 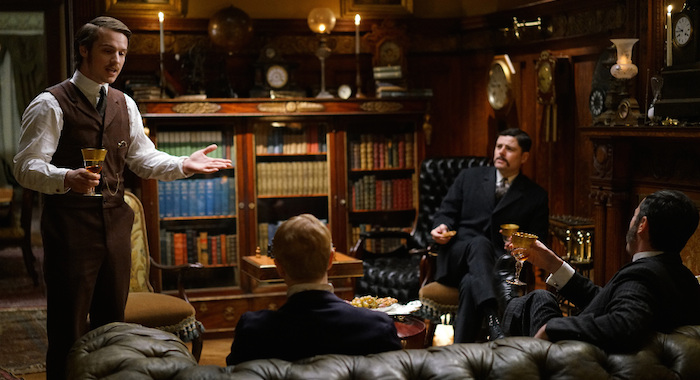 Like the movie, Time After Time ponders what would have happened if H.G. Wells really did invent a time machine. But Wells wrote a lot of other provocative sci-fi books. Series creator Kevin Williamson said on a panel that The Island of Dr. Moreau and The Invisible Man would weave their way into Time After Time.

The Invisible Man is self-explanatory, but for those unfamiliar, Dr. Moreau is about a scientist who turns animals into people; they retain some of their animal characteristics, making them monsters.

“Dr. Moreau is heavily involved in the first season,” Stroma said. “Aspects of Invisible Man [are]. We could delve more into it in the next season if we get one.”

If Wells invented time travel, invisibility is certainly not out of the question, but Stroma hinted that The Invisible Man is more of a metaphor.

“The way I see it is the invisible man is the man they can’t catch who’s constantly going around killing people, which is pretty similar to Griffin in The Invisible Man,” Stroma said. “That’s maybe the comparison we’re drawing. There might be more though.”

2. THERE ARE PLENTY OF H.G. WELLS EASTER EGGS 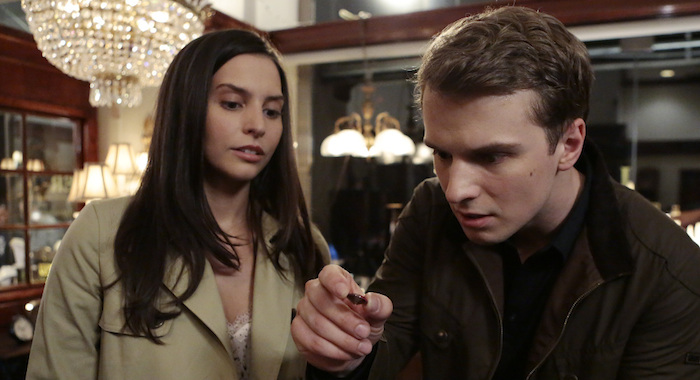 Williamson also promises a lot of Easter eggs for the devoted H.G. Wells reader to notice in Time After Time. They won’t leave out new fans who are tuning in for the first time, though; they want to make sure everyone is in on the fun.

“We do explain them throughout as we go along,” Stroma said. “If you know the books well, thematically there’s some stuff going on. A lot of the Dr. Moreau stuff will be pretty self-explanatory. There might be some Easter eggs in earlier episodes but then it kind of unravels later on.” 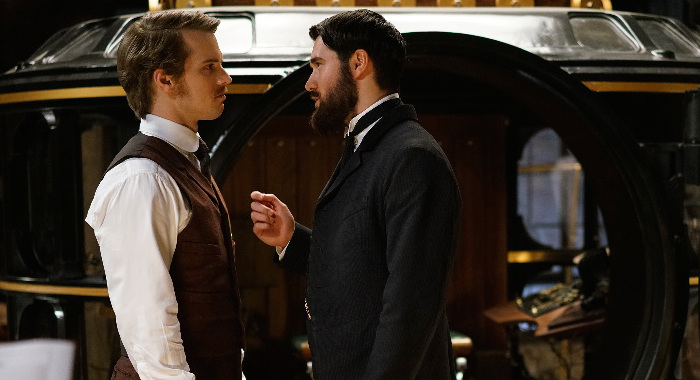 The Time After Time movie was about one trip to the present. With a new show every week, the series’ time travel could get pretty complicated.

“We made up a few rules that will hopefully help out with that,” Stroma said. “We also have some time travel stuff that we have visits from future H.G. Wells that we never actually clear up in the first season. So if there’s another season we might be clearing them up.”

“Future H.G. Wells” doesn’t mean Stroma wearing old age makeup. Think of it this way. Wells left the past to come to the present, but he still went on to write all his books. While visiting the present, Wells can check into his own future.

“We hear stories of him having come back,” Stroma said.

4. H.G. WELLS STILL GETS THE GIRL, BUT IT TAKES LONGER 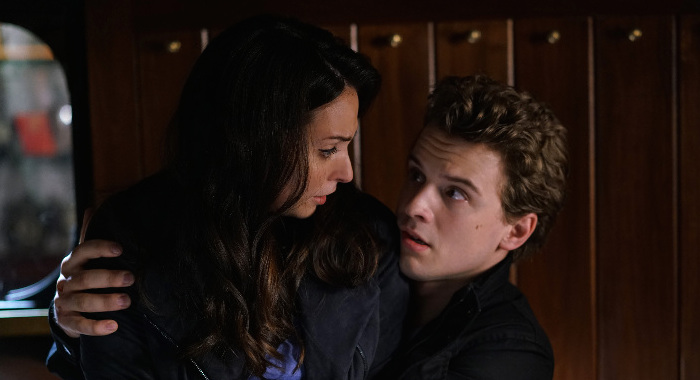 In the movie, Wells’ modern day love interest was a banker (Mary Steenburgen). In the show, Wells teams up with museum curator Jane Walker (Genesis Rodriguez). Stroma assures fans that sparks will fly by the season finale.

“The show will definitely have a love story between those two, as it was in the film,” Stroma promised, “but we have 12 episodes to expand that.”

5. WELLS TEAMS UP WITH HIS DESCENDANT 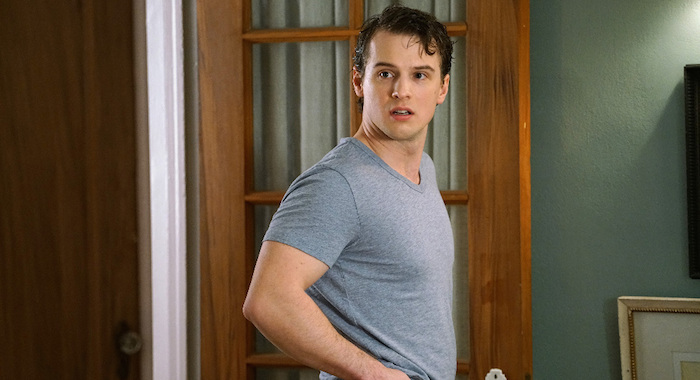 One of the characters on Time After Time is a descendant of H.G. Wells. You’ll have to watch the first hour to find out exactly who it is, but that gives Wells an additional partner in time.

“They start to help each other out a lot,” Stroma said. “As H.G. Wells comes back, people know about him and they know about The Time Machine. So he’s not alone, and that’s when you start to realize that it’s not just him and John Stevenson in the picture. There are some other people involved including [her]. She’s definitely going to be a confidante.”

6. WELLS IS VERY, VERY DISAPPOINTED IN US 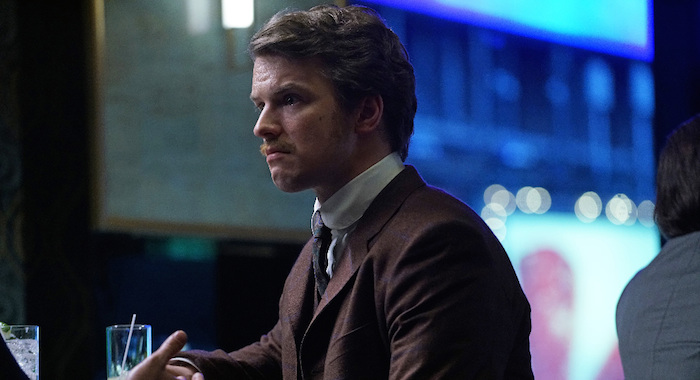 H.G. Wells really thought the world would have worked out all its problems by 2017. Seeing a world arguably more violent and inhumane than his own gives Wells the sads.

“He expected everyone to be living harmoniously through technology and all the advancements of mankind,” Stroma said. “Then he realizes that, if anything, it’s just helped people kill quicker. Nothing’s changed, and that’s definitely his biggest surprise.”

Look for a powerful moment where Wells watches TV news and reacts emotionally to the international conflicts and environmental ravaging of the planet.We may be even worse off than we were in 1979, and the show acknowledges that he doesn’t get over that right away.

“I think he’s still mournful for a good few episodes and he’s still upset about it,” Stroma continued. “He’s really set in his ways with how he would like the world to be. It takes him a while to get over that, and it’s not quickly either.” 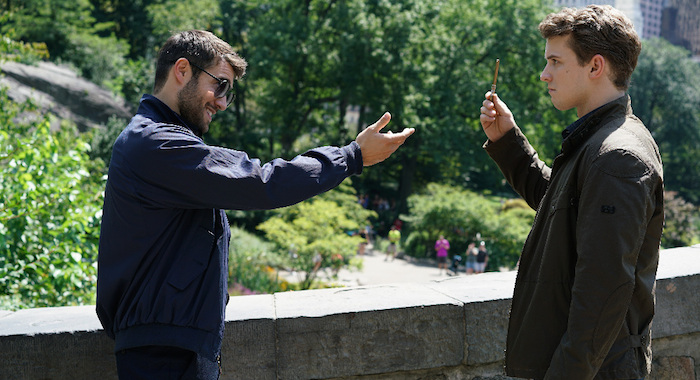 In the movie, Wells was in pursuit of Jack the entire time. With a new episode every week in the series, Stroma suggested there could be an enemy even bigger than Jack, requiring them to form an uneasy alliance to stop him.

“That might be the case for some of the show,” Stroma said. “We’re chasing each other but we might have a common enemy at some point where we have to join forces.”

8. THE FUTURE IS TEMPTING 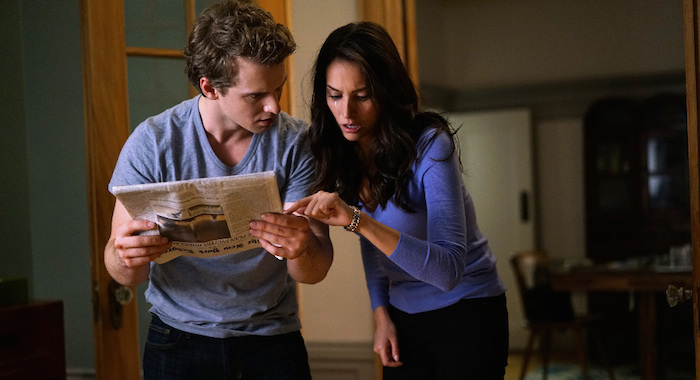 Arriving in 2017 offers Wells more avenues than ever to learn too much about his own future. Back in 1979 he pretty much only had to avoid libraries. Today, he has to stay off the internet and social media.

“No, he doesn’t get Twitter or Facebook,” Stroma said. “I don’t know if he even hears mention of social media. He sees a lot of phones but no social media, which is kind of similar to me. I’m not very big on social media.”

He does watch TV, but that wouldn’t seem too far-fetched to Wells. “He did have a degree in science, don’t get me wrong, but in this he created a time machine so he’s quite the technician,” Stroma said. “Things like a television, he can wrap his mind around it.”

One big “no-no” though: he will not Netflix the movies of The Time Machine or The Island of Dr. Moreau. “He has moments where he sees his books and he’s intrigued to pick them up,” Stroma said. “He’s very strict with his rules. He doesn’t want to affect the timeline so he doesn’t do it.” 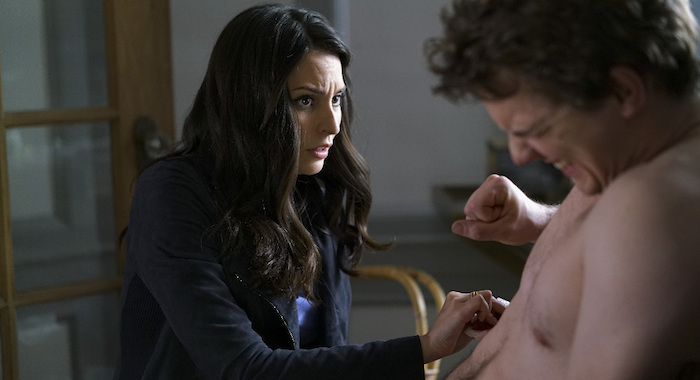 H.G. Wells was a literate, scientific thinker and writer. It wasn’t a stretch to imagine a movie where he solved the mystery and caught Jack the Ripper. TV’s Time After Time kicks it up a notch, though, and Stroma has to kick some butt, too.

“There’s a lot of action,” Stroma said. “I did a lot of running around, a lot of running, jumping, swimming, fighting. Didn’t know H.G. was such an action hero, but apparently in this, he is.”

Stroma added that whenever possible, he let the stunt people do the action to make him look good.

Time After Time premieres Sunday, March 5 at 9/8C on ABC