One of these surgeons is not like the other. 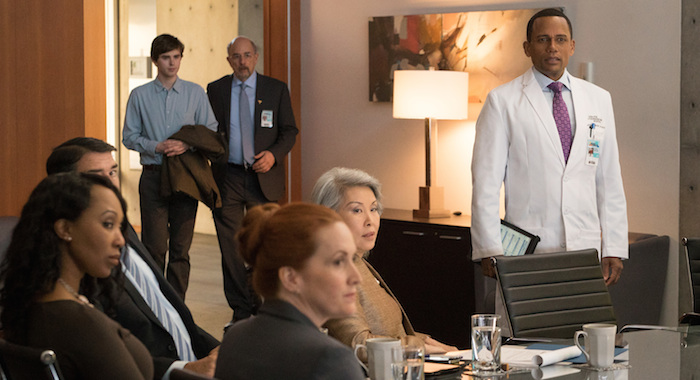 No one likes seeing the doctor. It usually means you’re sick or worse. The last thing you want to worry about at a hospital is the doctors fighting amongst themselves, but the creators of ABC’s The Good Doctor hope you’ll enjoy watching that behind the scenes drama from the comfort of your living room, in good health.

The Good Doctor is based on a Korean medical drama that Daniel Dae Kim saw and decided to produce for English-speaking audiences. The creator of House, David Shore, adapted The Good Doctor which stars Freddie Highmore (Bates Motel) as Dr. Shaun Murphy, a surgeon with autism and savant syndrome. Shaun’s mentor Dr. Ira Glassman (Richard Schiff) wants Shaun at his hospital, but board members like Dr. Marcus Andrews (Hill Harper) and Dr. Neil Melendez (Nicholas Gonzalez) don’t feel Shaun’s skills are worth the liability he poses to the hospital.

Highmore and Hill spoke with Rotten Tomatoes before the premiere of The Good Doctor. They prescribed nine things to prepare viewers for The Good Doctor treatment this fall.

1. LOOK CLOSELY AT SHAUN FOR HIS TRUE REACTIONS 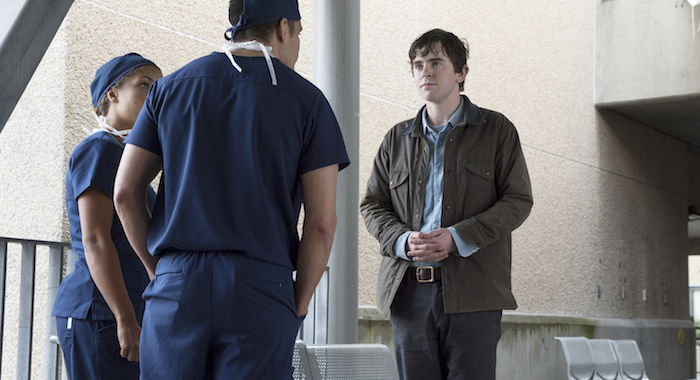 One of the manifestations of Shaun’s autism is that it may appear he is not reacting to an emergency, or even to a scolding, but he is. Neurotypical people, people without autism, may expect more external reactions.

“I think it would be misunderstanding Shaun as an individual to think that he’s not reacting in those moments,” Highmore said. “I think the range of emotions that he’s experiencing is just as great as a neurotypical person would be in a given scenario.”

“Your normal things that you would use to try to manipulate people aren’t necessarily working so you have to take a different approach,” Harper said. “What do you do?”

2. KEEP THE EGOS IN CHECK 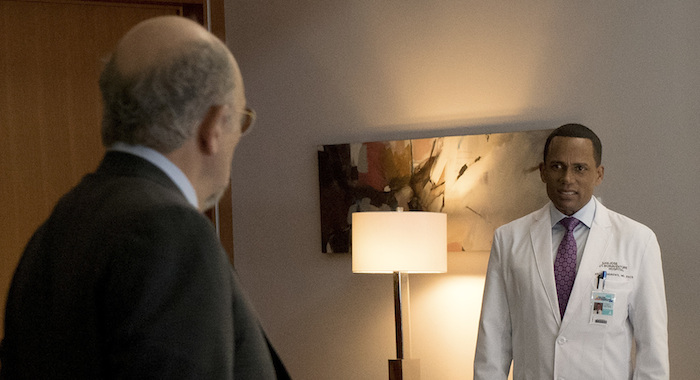 The doctors who question Shaun’s ability have problems of their own. Dr. Andrews has a big ego that could be just as harmful to patients’ as Shaun missing social cues.

“David has written it that every character sees the world in their own way because of whatever they’re bringing,” Harper said. “My character brings a lot of ego to the table so sees the world through his own ego, and therefore makes decisions based on that. But he’s also a doctor who took a Hippocratic oath that wants to save people and makes decisions based on that.”

Being a group of surgeons only makes the egos bigger.

“From my research, ego is most common in surgeons actually because surgeons are considered the top,” Harper said. “Then you go down a pecking order: radiologist, OB-GYN, family practice. The top, top people, the best doctors are considered surgeons so they have a lot of ego. There’s even pecking order within surgeons. There are people who do bone, then you have plastic surgeons, then you have neurosurgeons who do brain surgery.” 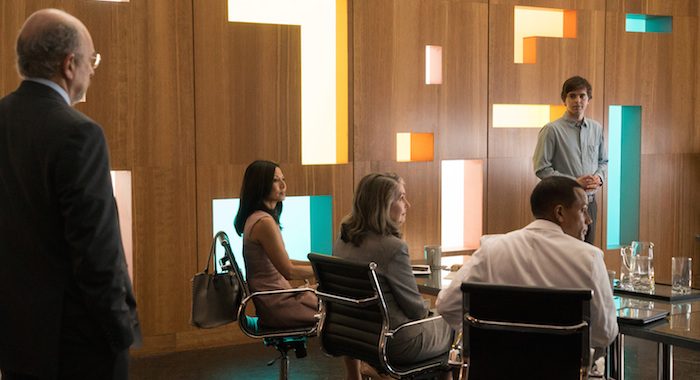 Shaun certainly has his detractors, Dr. Andrews leading the pack. However, The Good Doctor is not just a series of Shaun’s weekly scoldings.

“I think the show will change and evolve over time as shows do,” Highmore said. “I think what will be interesting to see in the first season not necessarily to what extent Shaun adapts to his new surroundings and become different in order to fit into the world of the hospital, but at the same time, to what extent the other people who maybe the detractors or those who supported him from the beginning, are able to gain an understanding of Shaun’s world, the way that he experiences it. Instead of Shaun needed to adapt, hopefully others will as well.”

Actors like Harper want more to do than just scold Shaun every week too.

“You also want to make sure that he is learning and growing, just as anybody and all of our characters grow,” Harper said. “Just because I begin the series as the bad doctor on The Good Doctor, when I see him perform well or do something, does that impact me in a way that hopefully evolves my opinion of him in whatever way that is?” 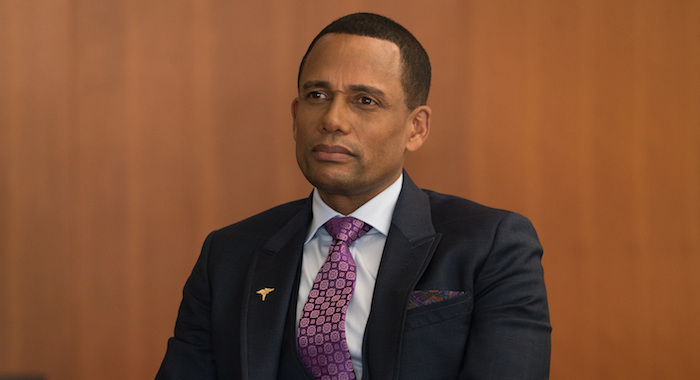 As Harper implied, if Shaun is the good doctor, that makes Dr. Andrews one of the bad doctors. And really, how good can Shaun be unless there are bad doctors making it difficult to be good?

“I think the two doctors that are the naysayers, myself and Nick Gonzalez’s characters, we have different reasons why we don’t want him there, but they evolve,” Harper said.

That means some victories for Shaun, but they won’t be easy.

5. DON’T EXPECT SHAUN TO BE PERFECT 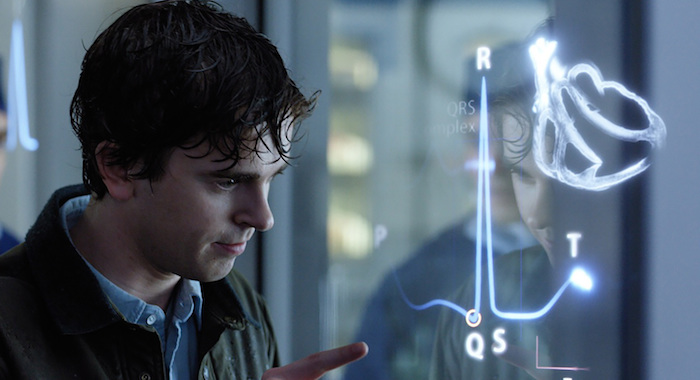 “He’s going to make mistakes,” Highmore said. “He isn’t a machine. Of course, he’s a human being so he will get things wrong.”

Every doctor makes mistakes though. That doesn’t disqualify Shaun from a surgical rotation.

“I think that’s where he feels most at home and I think he does deserve to be there,” Highmore said. “Shaun has given his life to this and this has been his obsession and the thing he enjoys the most. This excites him the most and he loves the most in the world. He’s more than earned his right to be a surgeon.”

6. LOOK FOR ROMANCE ON THE GOOD DOCTOR 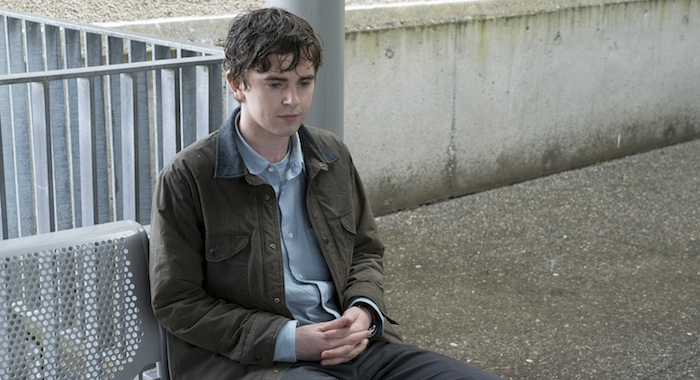 The Good Doctor primarily deals with the hurdles autism creates for functioning in the workplace. However, there are rich stories in seeing a man like Shaun learn to love too. Highmore said he and Shore have talked about a love interest for Shaun.

“Yes, I think that’s certainly something that will be explored in the first season,” Highmore said. 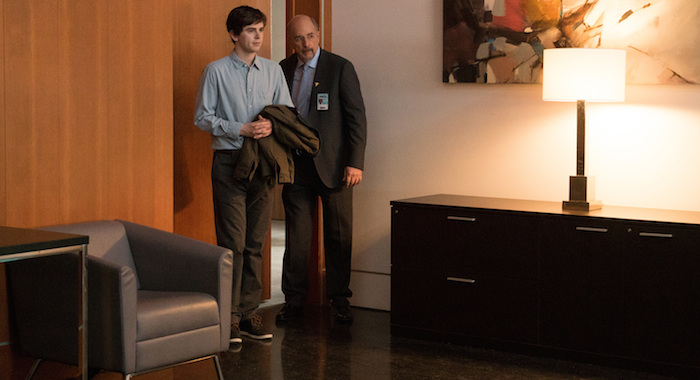 It could also become unfair to expect The Good Doctor to speak for all autistic people. Autism manifests in myriad different ways, and Shaun can only represent one form.

“We’ve had a continuous dialogue, not just me and David, but with specialists and experts in autism in the field, who have shared and watched documentaries, shared pieces of literature that we found interesting,” Highmore said. “[We] try to create Shaun as an individual character that’s compelling, interesting and unique and celebrating his difference.”

Some of those helpful books included Temple Grandin’s The Autistic Brain.

“I really like the way that she focuses on fostering unique contributions and focusing on strengths as opposed to talking about weaknesses,” Highmore said. “The highly visual world that she inhabits I think is also a world that Shaun is part of and experiences.” 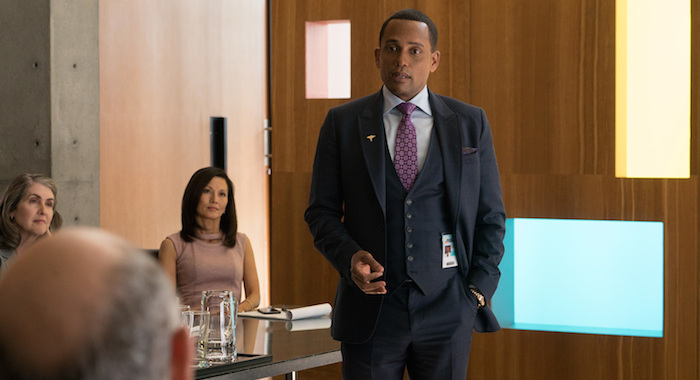 Actors are likely to find themselves playing doctors frequently. Doctors, cops, and lawyers are especially popular on episodic TV shows. Harper has played doctor before, and though that show was short-lived, he hasn’t forgotten.

“I played a surgeon on this show City of Angels,” Harper said. “Amazing cast. People don’t remember the show but it was Viola Davis at the beginning of her career, Gabrielle Union, Blair Underwood, Vivica Fox, myself, Bokeem Woodbine. Maya Rudolph was on the first season and Octavia Spencer, Steven Bochco show. I played a surgeon, Dr. Wesley Williams.”

It is a first for Highmore.

“Of course I recognize on some level that I’m playing a doctor, but at the same time, the way we approach doesn’t always make it clear in my head that it is a medical drama,” Highmore said. “Because it’s focused on this one individual character and how he perceives the world, the way in which he interacts with people and changes people, and other people change him, that’s what’s interesting to me.”

9. WHEN IN DOUBT, ASK YOUR MOM FOR HELP 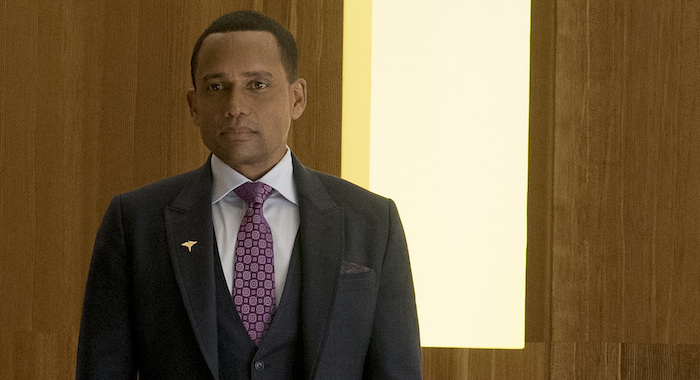 Viewers may have shows like House and ER to help keep them up to speed with hospitals. The actors do even more research. Some, like Harper,  have medical professionals in the family.

“My mom is an anesthesiologist,” Harper said. “She’s one of the first African-American female anesthesiologists in the country, so I call her and she helps me. She loved City of Angels because it reminded her of being a resident.”

The Good Doctor gave Harper another chance to speak with real medical professionals, not only his mother, and combine everything he’s learned from them.

“I think there’s a lot of people in real life that you can reach out to that feel flattered that you’re going to take the time to learn from them and that’s been my experience,” Harper said. “When I call people that are surgeons or reach out or someone recommends me talking to somebody, they’re happy to share their wisdom. They’re the real heroes and I want to portray them as accurately as possible.”

The Good Doctor premieres Monday, September 25 at 10 p.m. on ABC.