A spoiler-rific, time-twisting look at how Scott Lang and the rest of the Ant-Man crew could save the day. 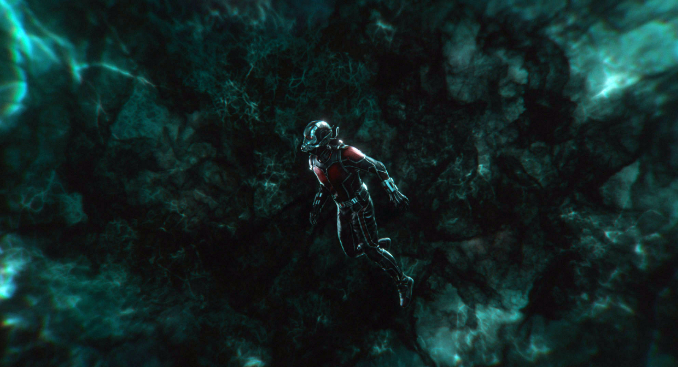 MAJOR SPOILERS FOR AVENGERS: INFINITY WAR and ANT-MAN AND THE WASP AHEAD

The critics are calling Marvel Studios’ Ant-Man and the Wasp a delightful mix of family drama and caper high jinks. In fact, it is so much fun, it makes you forget the events of Avengers: Infinity War are either occurring simultaneously or within days of Scott Lang’s (Paul Rudd) latest adventure. But then, as the credits roll, the film offers one large reminder that it is still a part of the Marvel Cinematic Universe. One that is such a spoiler, we recommend you stop reading this if you have not had the chance to see Marvel’s latest offering.

Those who have seen the film know that Scott is left dangling by a microscopic thread as The Snap comes to collect all the scientifically inclined members of his supporting cast. In some theaters, the gasp at the film’s mid-credit stinger was a larger reaction than anything heard during Infinity War’s runtime. But the cliffhanger – and Scott’s fate in the Quantum Realm – may lead directly into the fourth Avengers film and, quite possibly, become a major factor in Thanos’s (Josh Brolin) defeat. But how could it pan out? Let’s take a look at some popular theories to see if we can guess just how Ant-Man and the Wasp will affect Avengers 4.

1. Scott Rides Out Avengers 4 Inside The Quantum Realm

As the Quantum Realm is a distinct reality among many in Marvel’s multiversal structure, it is possible that it’s beyond anyone’s powers to retrieve Scott. He may also be protected from any use Thanos may make of the Infinity Gauntlet in Avengers 4. Which is certainly good for Scott, but less so for the loved ones left behind in the mess Thanos made by snapping his fingers. In fact, the final Ant-Man and the Wasp post-credit stinger offers just a little glimpse into what the world will be like after The Snap: abandoned streets and television stations switching to the emergency broadcast system. Presumably, Cassie (Abby Ryder Fortson), Maggie (Judy Greer), and Paxton (Bobby Cannavale), are all facing that half-populated San Francisco together.

Meanwhile, Scott’s situation, should he spend all of Avengers 4 inside the Quantum Realm, will only get more precarious as his body absorbs the quantum energy Janet Van Dyne (Michelle Pfeiffer) used to stabilize Ghost (Hannah John-Kamen). He will also have to face any dangers she took on – like the tardigrades a few levels of magnification above the Quantum Realm – in order to survive. Maybe that will make him a more competent hero when he returns to the conventional universe. 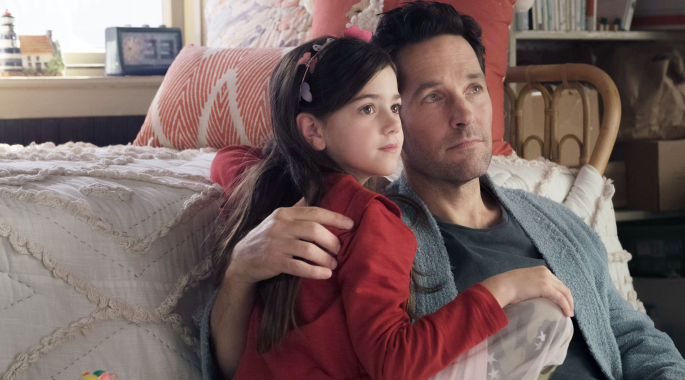 Or, perhaps, Scott will find an escape hatch via the Time Vortex that Janet mentioned shortly before he shrunk. As she noted, navigating the Time Vortex is impossible, and it could lead Scott to the new status quo following the events of Avengers 4, possibly even meeting new heroes, like a grown up Cassie.

One rumor suggests actor Emma Fuhrmann has been cast as a teenage Cassie with an eye toward introducing a group of Young Avengers during the film. It seems like a plausible theory. Janet emphasizing the risk of the Time Vortex certainly feels like a setup for any number of time traveling tales. But it leaves viewers unfamiliar with Cassie’s comic book counterpart’s adventures as Stature scratching their heads. Would the arrival of a future MCU team have an interesting narrative impact for those still reeling from the apparent death of half the universe?

For Scott, seeing Cassie not just grown up, but taking over the heroic mantle, would definitely have an impact on the character. And considering how Ant-Man and the Wasp emphasized their relationship and the importance of family bonds, the audience would be ready for that emotional hook – even if it echoes the one between Janet and Hope (Evangeline Lilly). Also, traveling to the future leaves Scott out of the presumed big battle against Thanos.

3. Scott Travels To The Past

Another popular fan theory sees Scott using the Time Vortex to join the Avengers prior to The Snap. This development would see him learning everything he needs to know about the Infinity Stones and Thanos to be helpful in the tough times ahead. According to some set photos, Scott’s travels may even take him back to the Battle of New York. And while it might be cool to see him riding out with Captain America (Chris Evans) again, it is one of the thinner ways Scott could become involved in the action. For one thing, he would be replaying events the audience has already seen. For another, allowing him to take part in past events could feel like a cheat.

While plenty of people would have loved to see him push the gauntlet away from Thanos’s hand, his absence on Titan is one of the few plot points in Infinity War which feels essential and difficult to mess with – provided replaying the Titan battle is even part of Avengers 4. For him to suddenly appear, say “Hi, I’m Scott,” and help prevent Thanos from completing the Gauntlet, could cheapen one of the best sequences in Infinity War. In fact, just about any solution born from a character traveling to the past to offer way out of their predicament feels more appropriate in a Bill & Ted movie – where the technique has been used twice – than an Avengers flick.

That said, some sort of take-back will happen. But whether it requires time travel, a noble sacrifice, a stern lecture, or Scott showing up remains to be seen.

4. Doctor Strange Draws Him Out At The Right Moment 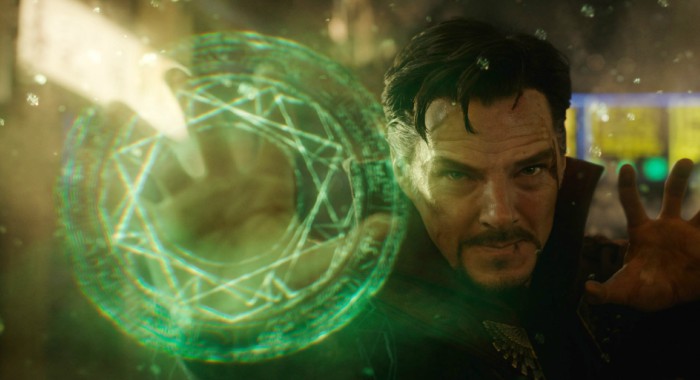 The Time Vortex and Hank Pym’s (Michael Douglas) Quantum Tunnel are just two of the ways human consciousnesses can make their way in and out of the Quantum Realm. Another is open to Dr. Stephen Strange (Benedict Cumberbatch) via the use of the mystic arts. He even briefly visited the Realm when the Ancient One (Tilda Swinton) opened his eyes to a larger universe. And considering he saw all the possible ways to confront Thanos, he may have spotted Scott floating in the Quantum Realm and squirreled him away for the right moment to join the fight.

Of course, this is presuming Strange either left a part of himself in the Quantum Realm or is restored to life before Scott is needed.

But, like Scott showing up in the past, this possibility rests on the notion that conventional strength will win the day. And for all the fun of an Ant-Man movie, Scott, Hank, and Hope all use the Pym tech to create terrific amounts of force and beat on the bad guys. Based on Strange’s final moments in Infinity War, it seems strength of arms will not win the day for the Avengers. And even if it comes to pummeling Thanos into submission, victory only comes if the team can restore everyone who was lost.

For a moment, though, let’s assume the Time Vortex is really just a hook for Ant-Man 3 and Scott really sits out Avengers 4 – despite what set photos may be telling us. It is always possible that good old Luis (Michael Peña) will get his moment to shine when the remaining Avengers come looking for Scott and find him instead. (Well, provided he didn’t turn to ash after The Snap.) Considering the way Hope, Janet, and Hank all vanished, it is likely the rest of Scott’s associates survived. 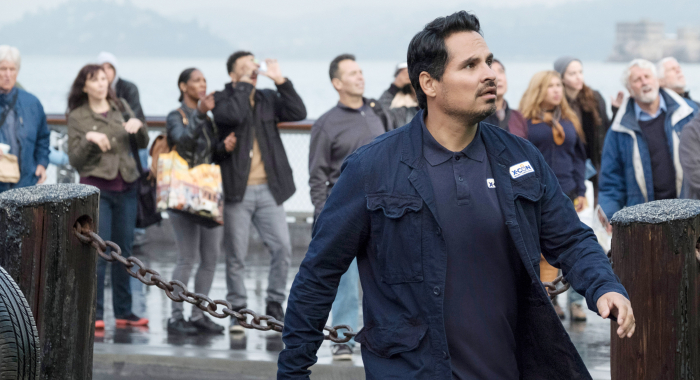 When audiences first met Luis in the original Ant-Man, he talked about knocking out the toughest man in prison yard with one punch, an ability which came in handy during the climax of both Ant-Man and Ant-Man and the Wasp. Though his main ability is the gift of storytelling, Luis’s ability to one-punch tougher dudes may be the secret to defeating Thanos. Or, at least, disorienting him long enough for Captain America or Captain Marvel to get a hold of the Gauntlet and reverse The Snap.

Sure, it might be the most long-shot way Ant-Man and the Wasp could impact Avengers 4, but there are a few people out there hoping Luis will get to save the day somehow. Including us.

Above all the possible theories, the end of Ant-Man and the Wasp really suggests The Snap will be reversed. The stunning disappearance of the Pym family is the biggest clue yet that no one will be lost when Avengers 4 unveils its solution to the MCU’s biggest cliffhanger yet. The characters still have stories in them and it would be difficult to imagine an Ant-Man movie without them. Meanwhile, it will be interesting to see if the Universe’s smallest cliffhanger – Scott’s future – will be resolved at the same time. 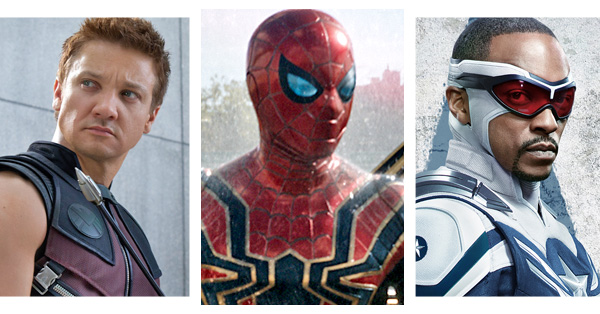 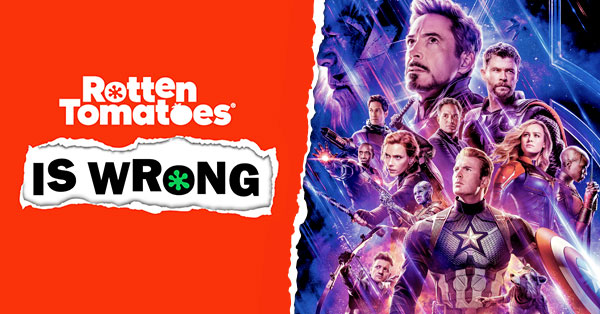