Why So Seriously Good? Five Things The Dark Knight Did Differently, and Better, Than the Rest

We're still feeling the impact of The Dark Knight and Heath Ledger's Oscar-winning Joker 10 years on. 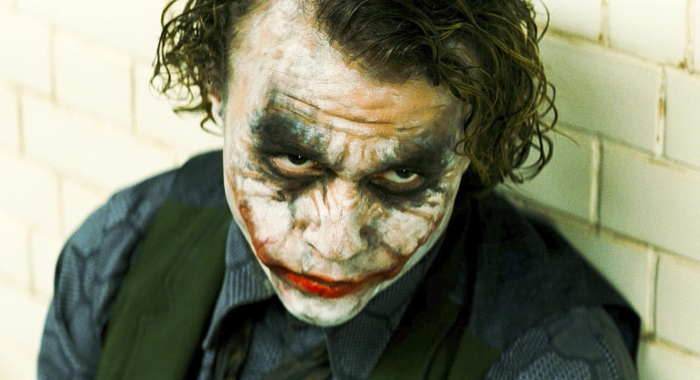 The Dark Knight, released 10 years ago on July 18, 2008, is a landmark superhero movie: It nabbed awards, deified Christopher Nolan, and is one of the best reviewed superhero flicks ever – 94% on the Tomatometer.

The movie is part of a rarefied group in the comic-book movie subgenre when it comes to accolades: it earned a Best Supporting Actor Oscar nomination for Heath Ledger. But unlike its fellows in that regard – Al Pacino in 1990’s Dick Tracy and William Hurt in 2005’s A History of Violence – Ledger actually won the category for his startling portrayal of Batman’s archenemy, the Joker. And, as it happens, The Dark Knight’s exclusion from the Best Picture category is often cited as one of the reasons for a change in the Academy’s procedures, allowing up to 10 films to be nominated in subsequent years.

Yes, it was that good.

Clearly, The Dark Knight did things differently from its superhero brethren and pretty much any other film based on a comic-book character that had come before. But what did it do, exactly, that made it stand out so much back then, and stand up so well today? Let’s take a look back to 10 years ago and examine five things The Dark Knight did differently.

1. It Redefined the Joker In The Popular Consciousness

Heath Ledger’s award-wining performance as the Joker was such a change in the character’s status, it is sometimes hard to remember what the character was like when played on screen by Jack Nicholson and Caesar Romero. Ledger locked himself away with a diary and a handful of Batman comics to prepare for the film, and emerged with a leaner, nameless criminal genius dedicated to chaos and lacking in almost all the theatrics of his predecessors. While still made up as a clown, his scars and make-up reflect more internal damage than an ill-fated encounter with a chemical bath. Instead of circus-themed deathtraps or parade floats, the Dark Knight‘s Joker preferred knives, bombs and an outdated camcorder. He is more terrifying as a consequence. Comic-book fans instantly recognized this interpretation – various writers and artists often portrayed him in this force-of-nature fashion – but to moviegoers, he was a revelation.

Ledger’s Joker would become such a definitive take, Jared Leto could only push the character into a more visually extreme place in Suicide Squad, an interpretation that owed much to Ledger’s take. And while 10 years of this take might seem reason enough for another radical reinterpretation of the Clown Prince of Crime, it is doubtful audiences would accept anything but the pure strain of chaos Ledger brought to the part. Joaquin, you’re up.

2. It Utilized The Scope of IMAX Effectively

The IMAX film format, which runs horizontally through its camera, can capture roughly three times the information of a traditional 35mm camera, which runs vertically through the camera. Because the cameras were large and the available shooting time per roll of film was quite limited (30 seconds-to-2 minutes versus 35mm’s 15-20 minutes), IMAX tended to be used for science documentaries displayed on IMAX’s specially designed screens.

Director Christopher Nolan’s long-stated desire to shoot a film in the large-film format finally came to fruition when he and cinematographer Wally Pfister utilized IMAX cameras in a number of the The Dark Knight’s key scenes. The 10-minute bank heist which opens the film was shot entirely in the format and remains breathtaking. The impact may be lost on home video, but on even the faux-IMAX screens of 2008 multiplexes, the clarity of the helicopter shot passing over Chicago (doubling for Gotham City) is striking. The bright sunlight makes a sharp visual departure from the muted light of Batman Begins and the subsequent shots of the bank robbers completing their assigned tasks just feels different from previous Batman films and other comic book movies of the time. All of it, of course, ends up in service of the Joker’s proper introduction at the end of the sequence.

Subsequent Gotham City master shots and the later nighttime chase are all master classes in using the large format for commercial action films. Nolan would continue to favor the format in his subsequent films, but it never again had the impact it has here.

3. It Refined Its Predecessor’s So Serious Tone

The previous Batman cycle did away with the public’s memory of Adam West’s Batman, but it still had a cartoonish edge under the supervision of Tim Burton. That edge turned into full-bore self-parody when Burton was replaced by director Joel Schumacher. His neon-colored, merchandise-pushing recreation of West-era camp in Batman and Robin forced Warner Bros. to “rest” the character for nearly a decade.

Nolan, like the few filmmakers who attempted to develop a “Batman 5” before him, pitched a stripped-down, naturalistic take on the character. And while Batman Begins is certainly less a caricature of the character and his world than even the 1989 Batman, it was only a proof-of-concept for the way Nolan and his creative partners would further strip away the artifice in The Dark Knight. Gone were the set-bound feel of the Narrows and the artificial brown palette in favor of a far more naturalistic atmosphere borrowed from the production’s time in Chicago. While still exaggerated comic book characters, Batman (Christian Bale) and the Joker feel less removed from the viewers’ reality than ever before. Gary Oldman’s Commissioner Gordon is about as haggard a cop as you’re likely to find in any crime movie of the era. In fact, the film as a whole feels less like a superhero movie than a crime thriller which just happens to feature a guy who plays dress-up.

At the same time, the film maintains the spirit of the characters: Batman disappears from view while Jim Gordon finishes his thoughts and Joker’s “magic trick” with the pencil comes off as one of the most in-character moments ever committed to the screen. The results show these characters to be so malleable that they can remain true even when placed in the most naturalistic Gotham either will likely ever visit.

4. It Sent Its Fans on Scavenger Hunts 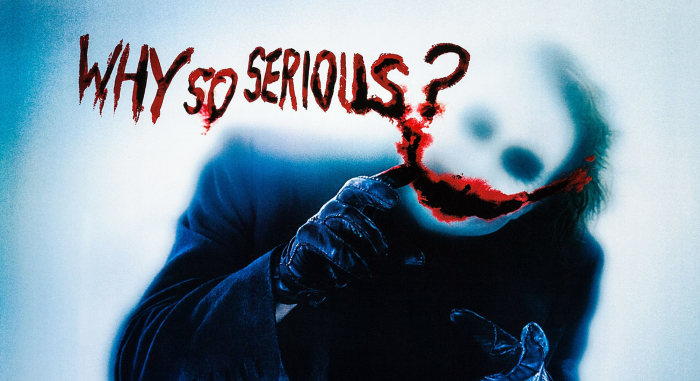 While other films like A.I.: Artificial Intelligence utilized Alternate Reality Game ad campaigns, few employed the tactic as well as The Dark Knight. The “Why So Serious?” game opened with an ibelieveinharveydent.com website in support of the character’s bid for Gotham City District Attorney. It encouraged fans to sign up for updates from the candidate. Eventually, the website was “vandalized” by the Joker as fans who signed up for updates received an email from the character that led to a puzzle game. When the puzzle was solved, it revealed the first publicity shot of Ledger as the Joker. Well done, Warner Bros.

At the 2007 Comic-Con International: San Diego, the focus moved to the Joker and a new website: whysoserious.com. It sent fans at Comic-Con on a scavenger hunt to unlock a new Joker photo and the film’s teaser trailer. Subsequent scavenger hunts saw fans finding cakes, taking photos of themselves as Joker, and receiving tickets to a special screening of The Dark Knight’s opening IMAX sequence. Following Ledger’s untimely death on January 22, 2008, the game pivoted back to Harvey Dent, offering fans the chance to show their support for the character as “I Believe In Harvey Dent” campaign buses toured the country.

While the promotions targeted larger cities and once-a-year events like Comic-Con, it was still thrilling to keep up with those engaged in the scavenger hunt. Twitter, then relatively new, made the constant updates from those finding the cakes – and then cellular phones inside the cakes – a far more communal event.

Film marketing would move away from Alternate Reality as Twitter’s ultimate ubiquity made it possible for Deadpool to talk to his fans “directly” via the social media platform. “Why So Serious?” was a singular advertising campaign for a singular film experience.

5. It Lent Itself To Serious Discourse

OK, let’s get academic. To some commentators, The Dark Knight is the first real examination of the American psyche following the events of 9/11. In stripping away many of Batman’s gadgets and broader facets, viewers were left to confront his interrogation tactics and his use of widespread wire-tapping. To a nation still debating the PATRIOT Act, the emergence of ICE, and revelations of waterboarding, Batman’s methods suddenly felt very raw. Some argued the film supported then-president George W. Bush’s approval of torture as a means of gathering intelligence during the wars in Iraq and Afghanistan, while others argued Batman’s choice to destroy his surveillance apparatus at the end of the film rebuked the unprecedented access to private information Congress gave law enforcement agencies when it passed the PATRIOT Act.

The other Batman films certainly touched on the cultural zeitgeists of their day, but only The Dark Knight confronted those issues in such a meaningful and elegant way. Or, at least, built up its world enough for those interpretations to carry serious weight and support arguments about American attitudes toward civil liberties and torture at the time. In this respect, The Dark Knight transcends its pulpy, summer action movie roots, and becomes a very different sort of film.

The Dark Knight was released in theaters July 18, 2008