Plus, the star on this week's Hobo With A Shotgun and why Blade Runner is his favorite performance.

In a busy career tracing back to the late 1960s, Dutch actor Rutger Hauer has carved out a unique niche as a performer, alternating between dramatic parts and iconic cult roles that have earned him the admiration of successive generations of audiences. His performance in 1977’s World War II drama Soldier of Orange made the world aware of both Hauer and director Paul Verhoeven, while several of his roles in the ’80s — like the menacing villain in action classic The Hitcher and replicant Roy Batty in Blade Runner — continue to resonate with movie fans today. Filmmakers have drawn on Hauer’s singular presence in later years for supporting roles in the likes of Sin City and Batman Begins, and this week he’s back in all of his full, starring glory — headlining the splattery B-movie throwback, Hobo With a Shotgun.

Based on the popular fake trailer submitted for Tarantino and Rodriguez’s Grindhouse, Jason Eisener’s deliberately trashy feature debut stars Hauer as… a hobo… with a shotgun: a homeless vigilante out to make the streets of a corrupt town run red with the blood of evil.

We spoke with the actor recently, where he shared his thoughts on the film, and what it’s like looking back at Blade Runner today. Read on for the interview; but first, here are Rutger Hauer’s five favorite films.

Let me start with the last one I saw that I was really taken by, which was Gasland by Josh Fox. It’s an investigation into the pollution of the drinking water all over the States. It’s a guy with a camera, somewhere in the middle of America: he got a letter from an oil company saying “We want to buy your land for a hundred grand, are you game?” and he started to investigate what they wanted; and just from one thing to the next he started finding out all these things about the pollution of the water. I just admire this guy and this documentary, and I’ve always been a major fan of good documentaries. It couldn’t have been done with a sh***ier camera, and I love that about the sh***y cameras.

Position Among the Stars (2011, N/A Tomatometer)

Then there’s another documentary that I saw last time at Sundance, which is called Position Among the Stars. This is a Dutch-Indonesian director who has made a portrait of one family over the course of 12 years in Indonesia. His name is Leonard Retel Helmrich. I talked to him for a few hours on the last day, before he won the award in Sundance, about what he was doing and how he was doing it, because the way in which he conducts his camera is completely different. He said, “I wanted to make a very simple portrait about a very poor family in Indonesia and see if I could find a link to the bigger picture, so to speak, and the alignment of the stars above their head.” And he succeeded. It’s an awesome documentary. It’s just a portrait of a small family, with a universal theme coming out of it at the end.

I’ll go back to the one that hit me hard a long time ago, Hiroshima mon amour by Alain Resnais. I think the first cuts are so deep, you know, when your hard disc is still pretty empty, and these first films hit you so hard where you go, “Oh my god, I didn’t know this existed, it’s so beautiful.” Hiroshima mon amour was a film by a filmmaker where I didn’t know this language was even possible on film — I was looking at wax museum films and Westerns and war movies and horror movies and everything, but not this one; it really woke up my eyes for something else. It was so poetic and so cool, and just really enjoyable.

Wings of Desire, by Wim Wenders. The guy who wrote the screenplay, Peter Handke, is a playwright in Germany, and I was very much a part of reading the avant garde writers, be it plays or novels. I loved his writing, it was so strong and so sharp, and when the film came out, I just loved it. Everything about it was marvelous. Bruno Ganz was so brilliant. He’s brilliant most of the time. On our side of the ocean, let’s say, he was one of our stars, like Redford and Paul Newman and Brando were on that side. I had a few European actors where I went, “They’re so fantastic.”

Okay, last one — Apocalypse Now. That movie was so stunning and so ahead of its time. I don’t know, it’s probably a story like Blade Runner, because there are so many things that happened on it. And I didn’t even see the longer version. I think there’s a version that’s like three or four hours long. It’s such a mixed feeling of painful darkness — it’s not surprising with Heart of Darkness, to quote that — and of course Brando, he was always my big love/hate hero in acting; his speech, “The horror, the horror,” it’s just killer, you know?

Next, Rutger Hauer talks about his new cult film, Hobo With A Shotgun, and why his performance in Blade Runner remains his personal favorite.

RT: What were your thoughts when [director] Jason Eisener came to you and said, “We want you for Hobo With a Shotgun“?

Rutger Hauer: Well, that’s the funny part. I read the script and thought it had crazy things — a script like this really reads badly, because it’s all in pretty much how you do it. But what I read was just “F*** this, f*** that, you f***in’ a**hole,” and that wouldn’t do it unless you have a delicious pleasure in saying “f***” — and I do. But I’m not sure if that’s good on film; I’m pretty sure that it’s not. The funny thing is that I ended up cutting a lot of them out, because I felt that it would make the hobo stronger — not because he was decent or something, but because he’s pretty straight.

We decided two things. One was — and these were the first things that we said to each other when we met for the first time — I said, “The story needs a heart” and Jason said, “Yeah, that’s why I want you.” And he was not being smart. I went, “How do you picture that?” and then he went into a little bit of a monologue saying “Well you played this in The Hitcher and you played this and that at this moment in this film.” He went on, and he pointed out exactly what I can do for the role, so I knew he was right, and I knew I liked him right away. The decision was made in seconds — and before we talked, I was ready to say, “Look, I’m very busy.” He convinced me in a second and I knew I had to do the movie. Looking back at it now, I am so damn happy for him. As far as I can see, the movie’s gonna give me a younger audience, which I always love, because that’s the very awake and undervalued audience. They’re smart, and I like that. You can only sell them so much bulls**t, because they’ve seen enough.

How does it feel getting a new audience after such a long career?

It feels… well, I’m not a different guy, but in terms of an audience that just runs with a wild horse, it’s delicious. I don’t know if there’s a word that can really describe it. It’s like they’re holding your backbone and saying, “We get it, just do it,” and that’s really great for an actor. It’s what you live for. Why else do it? I have fun in what I do, because I pick funny, funny subjects.

When you look back at something like Blade Runner, that’s a role of yours that gets discovered by new audiences all the time.

Well in Hollywood when that film was made, everybody was spitting on it. You know, it was the worst film made in Hollywood at the time: eight million dollars over budget with a very cocky director who didn’t understand his crew, blah blah blah, and everybody having a hell of a time, and not in a good way, making it. So that movie had a curse on it when it came out. And thank god for Ridley, you know; it’s completely changed. Times have completely changed. We’ve caught up with the movie, and now people completely get it.

Does that make you happy now?

Of course it does, but I knew what I did at the time — I was no stranger to what I did. But to have times and an audience turn like that, over such a long time — and it’s not short, like fashion or anything; this is like serious change in peoples’ thinking — that is pretty amazing, to see that happen. I don’t think it’s ever been done before. [laughs] I like these things, when things happen and there’s no soil to stand on — you discover a completely different ground for a movie. Nobody saw this coming. I really do believe that the audience has made this happen. There’s a ton of things on that movie that were circumstance and coincidence. History has dealt a certain amount of justice to Blade Runner, yes. [laughs]

Is there a role in your career that stands out as your favorite, or most memorable experience working on a film?

The deepest was Blade Runner, because it was the first time where I just danced with the director and, let’s say, the concept and the tone: I understood, on a very strong level, what he wanted, and by instinct I gave it to him. Half the time, what the hell did I know? I was just starting out to be an actor right there. This was after an experience on Nighthawks which was pretty tough and very bureaucratic and difficult. If your creative ideas are strangled, that doesn’t work for me. It doesn’t mean I have to be right — that’s not the point at all. It’s just there needs to be a click between the creator and you. That was Blade Runner for me. To dance along, so long and beautifully, and then for it to be reformatted so it could live another 20 years; this is something completely unique. So there’s only one way to answer that question.

Hobo With a Shotgun opens in select theaters this week. 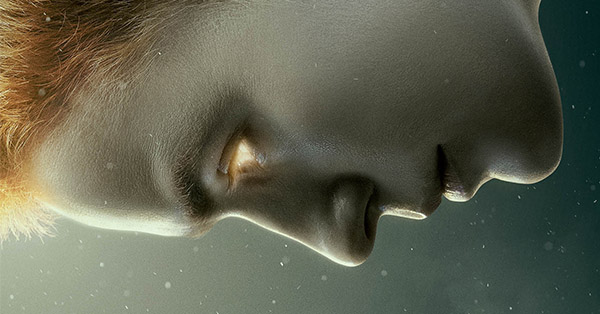