Plus, Goosebumps 2: Haunted Halloween is disappointingly formulaic, Titans makes an impressive debut, and The Haunting of Hill House and Bad Times at the El Royale are also Certified Fresh.

This weekend at the movies, we’ve got one giant leap (First Man, starring Ryan Gosling and Claire Foy), one supernatural sequel (Goosebumps 2: Haunted Halloween, starring Wendy McLendon-Covey and Madison Iseman), and one wild night (Bad Tmies at the El Royale, starring Jeff Bridges and Chris Hemsworth). What are the critics saying? 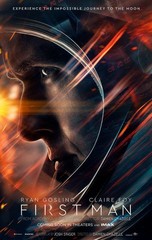 Sending people into space easily ranks among the most impressive achievements we’ve ever pulled off as a species, so it only stands to reason that our first manned flight to the moon remains a persistent subject of fascination for filmmakers. In fact, it’s inspired enough feats of cinema that a director would have to be blessed with a lot of moxie to try and add to the list — which is why it’s extra fortunate that this weekend’s First Man is being brought to us by the award-winning duo of Damien Chazelle and Ryan Gosling. Chazelle, who most recently directed Gosling in the acclaimed hit musical La La Land, reunites here with his leading man to tell the story of Neil Armstrong, the Apollo 11 astronaut who became the — wait for it — first man to walk on the moon. They’re obviously telling a very different type of story, but critics say their respective strengths are well served by this biopic, which foregoes a fair bit of the expected sweeping space vistas and epic narrative grandeur in favor of a more intimately focused drama that pulls back the curtain on Armstrong’s occasionally quite arduous personal journey. As an inspiring example of what we’re capable of when we work together or a gripping piece of solidly crafted entertainment that’s further elevated by stellar cinematography and an outstanding supporting performance by Claire Foy, First Man looks like a fittingly successful voyage. 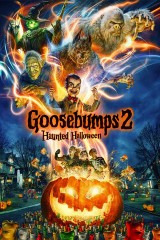 Hollywood famously pumps out mediocre horror sequels as if it were controlled by an occult hand. But while it was probably inevitable that the delightful Goosebumps would get a part two, critics say Goosebumps 2: Haunted Halloween is too slavishly devoted to the original template to take any — ahem — spook-tacular risks. Once again, a group of youngsters must stop the evil machinations of Slappy the Dummy, who escapes from the pages of an enchanted book; this time out, Slappy’s got a gang of monsters to help sow chaos in the small town of Wardenclyffe. The pundits say that kids will probably like this new Goosebumps just fine, but their parents or guardians are likely to wonder what happened to the wit and energy of its predecessor. 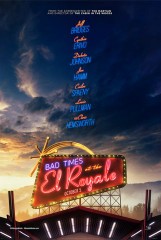 In his feature debut The Cabin in the Woods, director Drew Goddard demonstrated an almost preternatural knack for wringing fresh surprises out of well-worn genre cliches. Now he’s back in the director’s chair with the Tarantino-inspired thriller Bad Times at the El Royale, and critics say Goddard and his cast are in top form. El Royale is the story of seven strangers (whose ranks include Jeff Bridges, Chris Hemsworth, Dakota Johnson, Jon Hamm, and Cynthia Erivo) who congregate at the titular motel and find out what happens when things start to get surreal. The pundits say the cast is terrific, the plot is deliciously twisty, and the production design is impeccable, and even if it doesn’t deliver all that it promises, the Certified Fresh El Royale is definitely worth a visit.

The Haunting of Hill House is an effective ghost story whose steadily mounting anticipation is just as satisfying as its chilling payoff.

Despite a few tonal growing pains, Titans does justice to its source material and truly shines when its titular ensemble finally assembles. 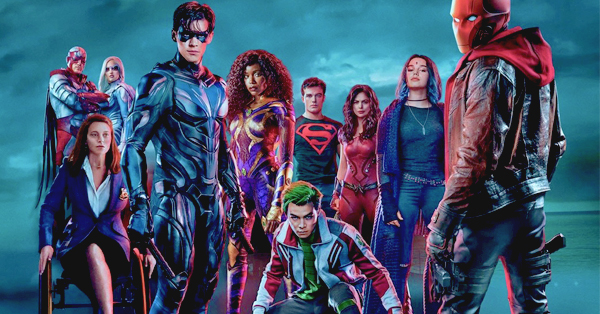 6 TV and Streaming Shows You Should Binge-Watch This November