Brazil comic convention offers first-look at The Boys spinoff series and the first full trailer for HBO’s video game adaptation The Last of Us. Daredevil: Born Again adds Margarita Levieva and Sandrine Holt to the cast. Netflix orders gritty Western series American Primeval from Peter Berg and Taylor Kitsch. First looks at Amazon’s The Boys spinoff Gen V and Netflix’s Shadow and Bone season 2. Plus, trailers for HBO’s The Last of Us, The Witcher: Blood Origin prequel series, Hunters season 2, and more of the biggest news in TV and streaming from the past week.

Prime Video gave fans a Supe-r treat during Brazil’s CCXP22, the world’s largest comic convention, with the first official look at Gen V, the highly-anticipated spinoff of the streamer’s hit The Boys. The 2023 series takes place at the only college in America made specifically for young adult superheroes and that is, naturally, owned and operated by Vought International. Gen V follows these young folks as they contend with everything from raging hormones to various crises of identity, all while figuring out how they fit in this bizarre, bloody, and morally corrupt world. Jaz Sinclair, Chance Perdomo, Lizze Broadway, Shelley Conn, Maddie Phillips, London Thor, Derek Luh, Asa Germann, Patrick Schwarzenegger, Sean Patrick Thomas, and Marco Pigossi star. Also seen in the clip are Clancy Brown, Alexander Calvert, and Jason Ritter, along Jessie T. Usher, Colby Minifie, and P.J. Byrne as their characters from The Boys. Gen V premieres in 2023 on Prime Video.

After what felt like an eternity, HBO finally dropped the first full trailer for The Last of Us, its upcoming adaptation of the popular video game, at CCXP22. And the preview of the post-apocalyptic tale did not disappoint. Created by Chernobyl’s Craig Mazin and starring Pedro Pascal and Bella Ramsey as survivors Joel and Ellie, the show explores humanity’s drive for survival amid a ravaged wasteland plagued by mutant creatures and violent people. As in the game, Ellie is immune to the virus that transforms humans into these terrifying beasts, and Joel’s mission is to accompany her to a safe zone with the goal of using her immunity to save the human race. The Last of Us premieres on January 15 on HBO.

• Anne Rice’s Mayfair Witches focuses on an intuitive young neurosurgeon (played by Alexandra Daddario) who discovers that she is the unlikely heir to a family of mysterious, powerful witches. Premieres January 8. (AMC and AMC+)
• Star Wars: The Bad Batch continues the journey of navigating the Empire after the fall of the Republic in season 2. As they take on a variety of mercenary missions, our heroes will cross paths with friends and foes, both new and familiar. Premieres January 4. (Disney+)
• Perry Mason season 2 finds Perry, Della, and Paul at the center of a case that will uncover far reaching conspiracies and force them to reckon with what it truly means to be guilty. Premieres March 6. (HBO Max)
• You People was created by Jonah Hill and Kenya Barris and follows a new couple who finds themselves confronting societal expectations, clashing cultures, and generational differences. Stars Hill, Eddie Murphy, Nia Long, Julia Louis-Dreyfus, and David Duchovny. Premieres January 27. (Netflix)
• Teen Wolf: The Movie finds Scott McCall (Tyler Posey) and the rest of his pack returning to Beacon Hills after a terrifying new evil emerges. Scott rounds up the Banshees, Werecoyotes, Hellhounds, Kitsunes, and other shapeshifters of the night for help fighting this new foe. Premieres January 26. (Paramount+)

• The Witcher: Blood Origin takes place 1200 years before the time of Geralt, Yennefer, and Ciri. This prequel tells the story of seven strangers who join together to fight an unstoppable empire. They must learn to trust one another if they have any hope of succeeding in their quest of toppling the Continent’s oppressors. But, when gateways to other worlds are opened and a power-hungry sage unleashes a new weapon, the Seven realize they must create a monster in order to defeat one. Premieres December 25. (Netflix)
• Hunters season 2 finds the Hunters reuniting to run down history’s most infamous Nazi, Adolf Hitler. Hey, they never said this was going to be easy. Premieres January 13 (Prime Video)
• Treason is a new limited series starring Charlie Cox, that follows the newly appointed head of MI6, whose complicated past forces him to question everything and everyone in his life. Premieres December 26 (Netflix)
• I Hate Suzie Too, the next installment of the dark comedy created by Lucy Prebble and Billie Piper (who also stars), continues the cringey hilarity of Suzie Pickles’ life. Premieres December 22. (HBO Max)
• Miracle Workers: End Times follows a wasteland warrior (Radcliffe) and ruthless warlord (Viswanathan) as they face the most dystopian nightmare of all: settling down in the suburbs. Steve Buscemi returns to the acclaimed series as a wealthy junk trader. Jon Bass plays the couple’s faithful war dog, and Karan Soni is a kill-bot who loves to party. Premieres January 16. (TBS) 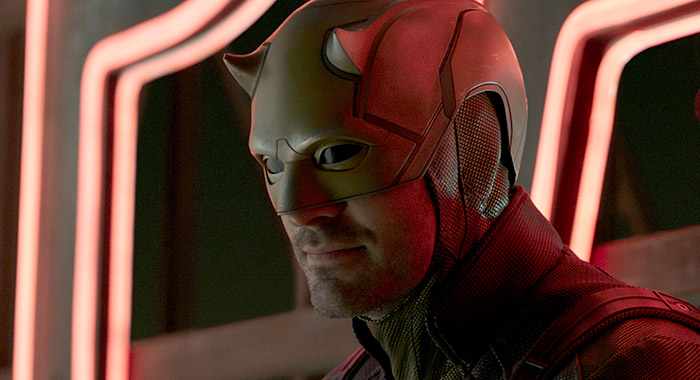 Daredevil: Born Again, Disney+’s highly-anticipated 18-episode continuation of Matt Murdock’s (Charlie Cox) small-screen vigilante adventures (which ended on Netflix in 2018 after 3 seasons), has added Margarita Levieva and Sandrine Holt to the cast, Deadline reports. This news comes a week after it was announced that Michael Gandolfini would be joining the series. The trio will join Vincent D’Onofrio, who is set to reprise his villainous character Wilson Fisk (aka Kingpin) in the new series. Details regarding the roles they will play are currently under wraps. Daredevil: Born Again is set to premiere in 2024 on Disney+.

Jake Gyllenhaal is in talks to stay in Apple TV+’s Presumed Innocent series adaptation from from David E. Kelley, J.J. Abrams, and Dustin Thomason. Like the movie before it, the program will be based on Scott Turow’s 1987 book that explores how a gruesome murder upends the life of a prosecuting attorney, when he’s the one accused on the crime. Gyllenhaal will play Rusty Sabich, the attorney in question. (Variety)

Game of Thrones alum Kate Dickie has joined the cast of Loki season 2. Details of her role are currently under wraps. (Deadline)

Hugh Grant will guest star on HBO’s limited series The Palace, opposite Kate Winslet, Matthias Schoenaerts, and Andrea Riseborough. The drama explores a year within the palace of an authoritarian regime as it begins to crumble. (Variety)

Guy Ritchie’s The Gentlemen series has added Chanel Cresswell to the cast. She will play the recurring role of Tammy in the Netflix project. (Variety)

Daisy Ridley is set to star in and executive produce The Christie Affair for Miramax TV. Inspired by Nina de Gramont’s best-selling novel, the murder mystery will be a reimagining of Agatha Christie’s 11-day disappearance in 1926. (Variety)

In the wake of Trevor Noah’s departure as host of The Daily Show, Comedy Central will tap Chelsea Handler, Kal Penn, Al Franken, Sarah Silverman and Leslie Jones, among others, to guest host the long-running late night comedy series. (Deadline)

The Great British Bake Off co-host Matt Lucas will exit the series after three seasons, Lucas announced on Twitter: “After three series and 51 episodes, I am cheerfully passing the baguette on to someone else.” 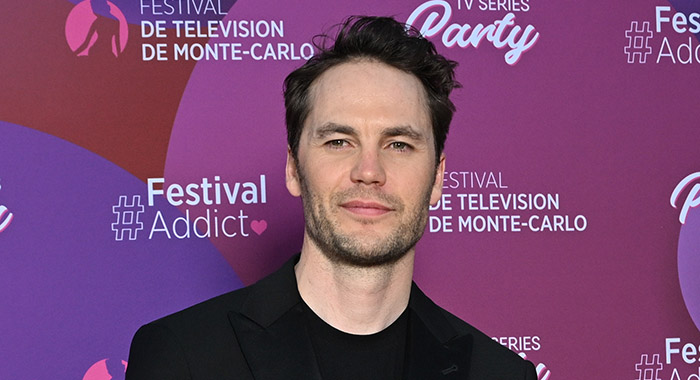 American Primeval, starring Taylor Kitsch, is the first project under Pete Berg’s first-look deal with Netflix. The six-episode series is described as “a raw, adventurous exploration of the birth of the American West. The violent collisions of cultures, religions and communities as men and women fight and die for control of this new world — for a land they truly believe is their destiny. The ensemble tells a story of the sacrifice all must pay when they choose to enter a lawless and untamed wilderness.” Kitsch will play Isaac, a traumatized man struggling to overcome his demons and find a reason to live in this brutal and punishing world. Berg will direct all episodes with Mark L. Smith taking on sole writing duties. The duo will serve as executive producers alongside Eric Newman.

Taron Egerton will reteam with Black Bird creator Dennis Lehane on Apple TV+’s Firebug. Inspired by true events, the series will follow a troubled detective and enigmatic arson investigator (who will be played by Egerton) as they track two serial arsonists. A work of fiction, Firebug will take inspiration from the true-life events featured in truth.media’s acclaimed Firebug podcast.

Raven Kennedy’s Plated Prisoner books is being developed to series at Mandalay TV. The book series, which includes five titles in total (Gild, Glint, Gleam, Glow, and Gold) spins the legend of King Midas and his knack for turning everything he touches to gold. (Deadline)

CBS is developing East/West, a medical drama that will revolve around a pair of half-siblings (one an Asian-American medical doctor, the other a Traditional Chinese Medicine practitioner) who combine their their sometimes clashing methodologies to solve medical mysteries. (Deadline)

ABC has ordered legal soap drama Judgment from former Charmed showrunner Joey Falco. The series will take place in two timelines as it focuses on a woman being vetted for a Supreme Court seat 15 years from now and recounts her past experience at a prominent D.C. law firm in the year 2023. (Deadline)

Remix is a comedy series in development at Fox that will follow a progressive millennial podcast-loving millennial who modernizes his out-of-touch dad’s old school funk recording studio with the goal of saving the family business. (Deadline)

Drew Goddard is teaming up with FX for the animated comedy series The Trenches, which will center on a modern family of monster hunters. (THR) 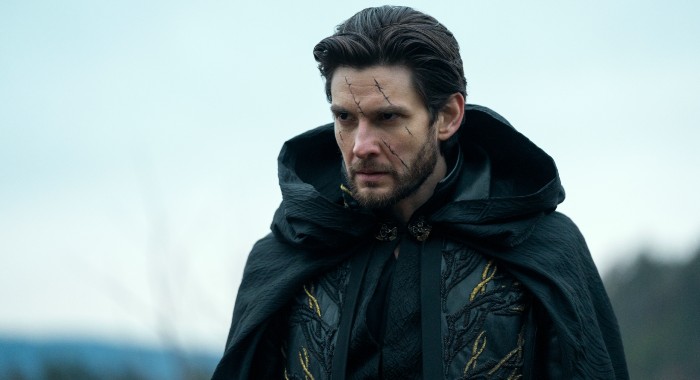 While we wait, the streamer dropped some first-look photos to whet our appetites for the episodes to come. 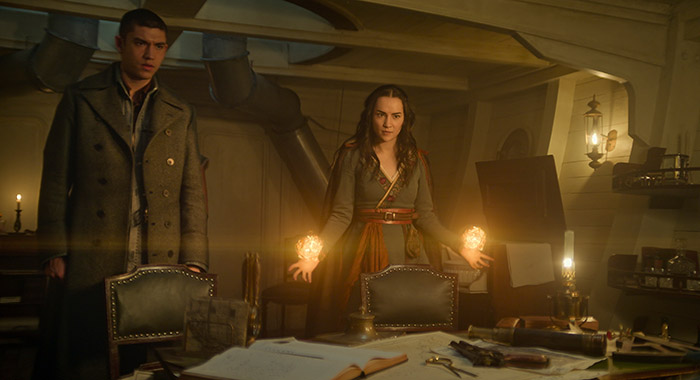 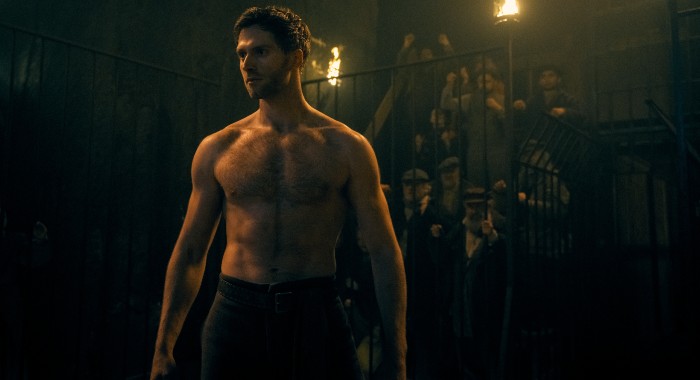 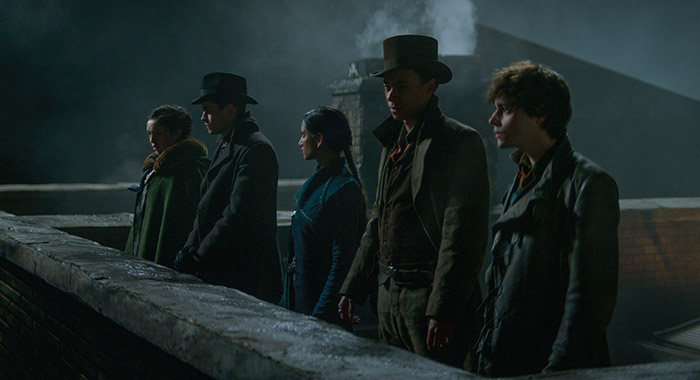 The Walt Disney Co. this week unveiled Disney+’s new ad-supported programming tier. Beginning on Thursday, December 8, the streamer’s standard tier (without commercials) will increase its price to $10.99 a month. Disney+ Basic (the new tier with ads) will take the standard tier’s previous monthly price of $7.99. The basic plan will not include Premium features like Downloads or GroupWatch and SharePlay.

Finally, Hulu’s Live TV plan will now cost $69.99 a month and will include the ad-supported offerings of Disney+, Hulu, and ESPN+.