Taylor Swift will make her directorial debut, Election gets a sequel, Mean Girls gets a musical remake, and new roles for Michelle Yeoh, Daniel Craig, Benedict Cumberbatch, and more.

This week’s Ketchup brings you more headlines from the world of film development news, covering such titles as The Dark Tower, Mean Girls, Rush Hour 4, and Wonder Woman 3. 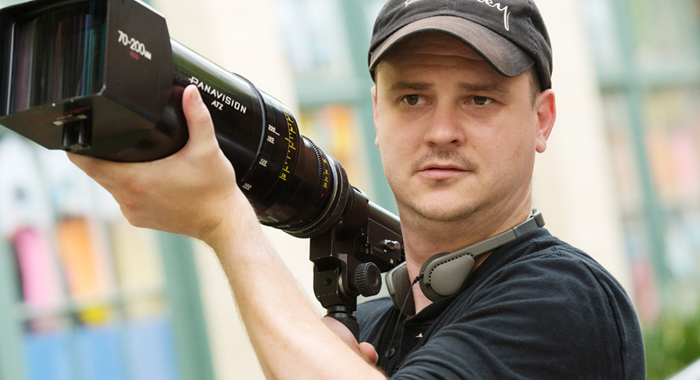 More than any other modern novelist, the works of Stephen King have been adapted into dozens of movies, and at any given time, there are several in different stages of development. Some of the remaining fan favorites that haven’t been fully adapted yet are the various books that comprise The Dark Tower series, but various filmmakers have been trying to get something going since at least 2007. What did finally emerge out of all of that effort was the 2017 film The Dark Tower (Rotten at 15%), starring Matthew McConaughey and Idris Elba, but that film’s disappointing box office stalled any plans for sequels or TV spinoffs. Just last week, horror director Mike Flanagan (Doctor Sleep, The Haunting of Hill House) surprised industry insiders by leaving Netflix for Amazon, and we already know one of the big projects Flanagan and Amazon have planned: it’s The Dark Tower. Like some of the previous Dark Tower projects, Flanagan and Amazon are developing their adaptation as five seasons of a Dark Tower series on Amazon, to be followed by two feature films. Based on Flanagan’s comments, it appears that the first season of the Amazon series will probably start with an adaptation of The Gunslinger, the first book in Stephen King’s series.

1. TAYLOR SWIFT TO WRITE AND DIRECT HER FIRST MOVIE

Pop star Taylor Swift doesn’t have any Emmys, Oscars, or Tonys yet, but if she does hope to reach EGOT status someday, she’s definitely got the Grammys covered with 11 wins so far. As for Academy Award aspirations, Swift made her first big step towards entering the film business by signing with Searchlight Pictures to make her feature film directorial debut on an untitled project which she also wrote. Taylor Swift previously directed a 14-minute short called All Too Well: A Short Film, starring Sadie Sink (Stranger Things) and Dylan O’Brien (Teen Wolf). No details are known yet about her untitled film, including whether it will feature any of her songs, be based on any of her life experiences or relationships, or whether she will also appear in the film.

Reese Witherspoon’s film career started in 1991, but it wasn’t until 1998 (Pleasantville) and 1999 (Cruel Intentions) that she first garnered mainstream attention, even if her roles in both of those films were more supporting than leads. It was another 1999 film, Election (Certified Fresh at 92%), that truly gave Witherspoon her first major breakout role, as the politically minded, overachieving high schooler Tracy Flick. That film was an adaptation of the novel of the same name by Tom Perotta, who this year also wrote a novel called Tracy Flick Can’t Win, and Witherspoon has made a deal with Paramount+ to produce and star in a film adaptation of the Election sequel. Alexander Payne, who directed the first film, will also return to direct Tracy Flick Can’t Win. It’s not yet known if any of Witherspoon’s co-stars (aside from Jessica Campbell, who sadly died in 2020) will return for this story, which finds the character of Tracy Flick still attempting to climb the political ladder as an adult.

Universal Pictures has been trying to get their big-screen adaptation(s) of the hit Broadway musical Wicked, inspired by The Wizard of Oz, going for several years now, and it’s finally getting going with several of the supporting characters being cast this week. The biggest name of this group is Michelle Yeoh, who will play Madame Morrible, the headmistress of Crage Hall at Shiz University and a colleague of The Wizard, who Jeff Goldblum is in talks to play. Yeoh always stays busy, but her most recent hit film was Everything Everywhere All at Once (Certified Fresh at 95%), which became the highest-grossing film of indie studio A24. Another character cast this week was Boq, the focus of one of the play’s subplots, who will be played by the Broadway actor Ethan Slater (SpongeBob SquarePants: The Musical). Three other new Wicked cast additions this week are Bowen Yang (Saturday Night Live), Marissa Bode, Bronwyn James, Keala Settle, Aaron Teoh, and Colin Michael Carmichael. These new co-stars join a cast for the two movies (to be released on Christmas Day in 2024 and 2025) that already includes Ariana Grande (Glinda) and Cynthia Erivo (Elphaba).

4. MEAN GIRLS TO RETURN TO THEATERS AS A MUSICAL REMAKE

Broadway frequently remakes favorite movies as stage musicals, which sometimes leads to unusual situations like Hairspray (Certified Fresh at 92%) or The Producers (Rotten at 51%), where two versions of the same movie exist alongside each other, the original and the musical remake. Another fan favorite movie that will soon have a musical remake based on a hit Broadway musical is 2004’s Mean Girls (Certified Fresh at 84%), starring Lindsay Lohan. Producer Tina Fey is getting the Mean Girls movie musical going soon, and it started with the casting of four members of the ensemble cast, which will include Angourie Rice (Mare of Easttown), Auli’i Cravalho (Moana), Jacquel Spivey, and Renee Rapp.

Call Me By Your Name (Certified Fresh at 94%) director Luca Guadagnino reunited with that film’s star, Timothee Chalamet, for his latest, Bones and All (Certified Fresh at 82%), which is currently in theaters. For his next film, Guadagnino has cast Daniel Criag as the lead in Queer, which will be an adaptation of the novel by William S. Burroughs. Craig will play an American veteran living in Mexico City in the 1950s, and the film appears to be loosely based on characters from Burroughs’ own life while living in Mexico City. Luca Guadagnino is also attached to direct an Audrey Hepburn biopic (with Rooney Mara attached to star), but Queer is expected to start filming first, as that project doesn’t yet have a screenplay ready to shoot.

6. BENEDICT CUMBERBATCH AND JAMES MCAVOY TO READ FROM THE BOOK OF CLARENCE

Some movies take months or even years for their cast to be announced in a number of press releases, and at the other end of the spectrum, there are other movies where the entire cast is announced at once after filming has already started. One movie that did exactly that this week is a drama called The Book of Clarence, which started filming on Monday in Italy. The Book of Clarence is reportedly a Biblical epic in the style of “classic Hollywood epics” that tells the story of “Clarence, a down-on-his-luck denizen of Jerusalem embarking on a misguided attempt to capitalize on the rise of celebrity and influence of the Messiah for his own personal gain.” The Book of Clarence cast includes Benedict Cumberbatch, James McAvoy, Alfre Woodard, David Oyelowo, RJ Cyler, Anna Diop (Titans), Marianne Jean-Baptiste, Caleb McLaughlin (Stranger Things), Babs Olusanmokum (Star Trek: Strange New Worlds), Teyana Taylor, and many more.

Nearly 25 years ago (as of next September), Jackie Chan and Chris Tucker starred in the buddy cop movie Rush Hour (Fresh at 61%), which, incidentally, was part of the origin story of Rotten Tomatoes. That film was followed by two sequels in 2001 (Rush Hour 2) and 2007 (Rush Hour 3). In the 15 years since, Jackie Chan has sometimes talked about doing a Rush Hour 4, but this week, he stated that Rush Hour 4 is finally, for real, in the early stages of coming together. Chan didn’t get into any specifics, such as whether Chris Tucker will return, who might direct (it probably won’t be Brett Ratner), or what the premise might be.

8. MATT DAMON AND CASEY AFFLECK TO BE THE INSTIGATORS

Actors Matt Damon and Ben Affleck have enjoyed a decades-long partnership which goes all the way back to their Oscar-winning screenplay for Good Will Hunting (Certified Fresh at 97%), which also featured Affleck’s brother Casey in a small part, and Damon and Casey Affleck also co-starred in Steven Soderbergh’s Ocean’s films. It looks like Damon and Affleck are set to reunite again, as they re both now attached to star in The Instigators, a crime comedy for Apple Original Films, which will be directed by Doug Liman, who previously directed Matt Damon in The Bourne Identity (Certifed Fresh at 84%). Damon and Affleck will star as “two thieves who must go on the run with the help of one of their therapists after a robbery goes awry.” In related news, Damon recently wrapped production on an untitled drama about the creation of the “Air Jordan” shoe brand under the direction of Casey’s brother Ben.

9. A WEEK OF BIG SHAKEUPS FOR DC COMICS MOVIES LIKE WONDER WOMAN 3

When James Gunn and Peter Safran were picked in October to take over the newly-branded DC Studios to oversee most new DC Comics projects, a shake-up and departure from the “Snyderverse” was rumored to be coming, but the details were vague. The Hollywood Reporter started an avalanche of stories about DC Studios this week with a story about director Patty Jenkins’ Wonder Woman 3 not moving forward, along with the possibility that other sequels like Man of Steel 2, Black Adam 2, and Aquaman 3 might also not happen. As the week went on, however, new revelations came out, such as a lengthy report of how Jenkins actually quit (versus being fired), suggesting that Gal Gadot might not necessarily be out as Wonder Woman (entirely), which would explain Gadot’s Tweet this week promising a “next chapter.” Another actor whose DC future might be in question is Henry Cavill, who just recently put in a Black Adam cameo suggesting a return as Superman. Michael Keaton’s Batman Beyond might also have been scrapped. Amidst all this, James Gunn made a statement to clarify his stance, saying DC will “build upon what has worked” and “rectify what has not.” For a more detailed review of where DC Studios projects stand (as of today), this piece at Deadline explores most of the bigger projects possibly in jeopardy.